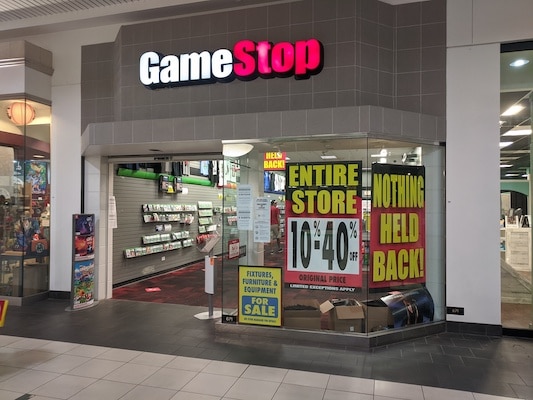 January proved to be an unusual month in the U.S. equity market. The shares of GameStop, a brick-and-mortar retailer of gaming consoles and video games, had in the course of that month risen by close to 2000 per cent. The price of the share rose from around $5 in August 2020 to $350 in late January 2021, with much of the rise occurring towards the end of that period. Besides the fact that no set of fundamentals can justify that rise, this was intriguing because of the recent record of the company. GameStop shares had been losing value for a couple of years or more, because of a number of reasons. Rising online purchases and game downloads had adversely affected GameStop’s sales figures. The company had been through major managerial changes with one Chief Executive quitting three months after his appointment. And an attempt by the owners to sell out their stakes did not take off. There was something clearly amiss in the remarkable share price reversal.

It turns out that a set of Wall Street majors, such as hedge funds Citron Research and Melvin Capital Management, had in fact been betting that the GameStop equity can only go downwards. They were shorting the stock, or selling it even though they did not own it, by borrowing the scrip from brokers or dealers. Since the expectation is that the stock would lose value, the game is to wait and buy it when it cheapens significantly and return the stock to the lender to close the transaction. If those expectations are realised and prices do fall, the difference between the original selling price and the buying price is profit that accrues to the short seller.

In turns out that the ‘short interest’ of GameStop, or the ratio between the number of its shares sold short and the average number of its shares traded daily or the free float shares available for trade, exceeded 100 per cent. The market clearly shared the view of Andrew Left, the founder of Citron Research, that the company was “in terminal decline”. Short sellers believed that they only needed to decide on at what point in that decline they should buy the stock and close the transaction, to book their profits. This was clearly a speculative bet, and if more than one big hedge fund was placing such bets by short selling the stock, as was the case, the expectation of a price collapse would materialise. Profits would be made, except by holders of the stock, including retail investors, who acquired the stock when the stock was trading at higher prices, but did not exit it at the appropriate moment.

The company’s record also seemed to warrant the assessment of the short sellers. In June 2019, GameStop announced its decision to stop paying a dividend, “in an effort to strengthen the company’s balance sheet and provide increased financial flexibility and optionality”. And, in December 2020, the company reported a more than 30 per cent drop in sales over the first nine months of 2020 relative the same months of the previous year. That, however, did not stop the sharp turnaround in the value of the company’s stock that occurred the following month.

What shocked Wall Street and financial pundits was that the rise in GameStop’s stock price was driven by a loose community of day traders, reportedly led by one self-identified as DeepFuckingValue, who are communicating through popular message boards such as r/wallstreetbets on the social website Reddit. Some in that community had declared that they were betting on members being able through their purchases to push up the stock’s price and sell at a higher price for a profit at a later time. They urged amateur investors visiting the site, numbering more than 4 million as a group, to join the effort and give it momentum. The number of such investors has over time swelled, attracted to trading by commission free trading opportunities offered by brokerages like Robinhood. They turned to message boards like “wallstreetbets” for tips, and when they picked them up, as happened with GameStop, they had the power to move to share prices. In GameStop’s case the spike was huge. Its market capitalisation touched $9 billion in late January, compared with just $282 million a year earlier, during which period it had notched up losses in excess of $270 million.

The force of this swarm of retail investors was amplified by a host of factors. One was access to derivatives that proliferated after the financial liberalisation lobbied for, won and hailed by the financial majors. The derivative that played a role here was the call option, in which a buyer can, for a small premium paid upfront, purchase the right, without any obligation, to be delivered a unit of an asset at a prespecified price on a prespecified date. If the buyer does not ask to purchase the asset she only loses the premium. The availability of this option facilitates large purchase orders to be placed even by retail traders with limited means. When, combined with the actual purchase of equity, these purchases of these call options suggest that the cumulative demand for the share may be high, affecting the prices embedded in the call option and the actual prices of the shares.

If share prices begin to rise, short sellers, who had bet that they would fall, would choose to buy shares and stall large losses, since they would have to hand over to the stock to the lender to close that transaction. These purchases add to the demand for the stock, pushing up its prices further. To add to this, brokers who sell call options normally acquire some of the stock at today’s prices so that they would have them to hand over at the strike price agreed to in the options contract in case the buyer of the contract decided to exercise her option. This is one way of ensuring they garner the profit they expect if the option is exercised. Moreover, if the price of the share begins to rise, sellers of the call option would increase their purchases to meet the likely demand for the equity from those to whom they sold. That is, the volume of shares purchased by brokers selling call options rises as the price rises, in what is termed a “gamma squeeze” by market analysts.

The amplification of the initial purchases made by members of the retail trading community soon puts a squeeze on the short sellers who placed their bets expecting prices to fall. The higher the price the greater would be the loss they incur, and they may, observing market trends, decide to cut their losses by acquiring equity and settling their transactions, before the price goes any higher. In the case of GameStop, Melvin Capital initially chose to hold out. It was helped in its effort by a large infusion of capital arranged by Steve Cohen, the mentor of Glabe Plotkin who founded and ran Melvin. Normally, hedge funds do not put capital into other funds, especially to rescue them when in trouble. In this case, Steve Cohen’s Point72 Asset Management put in $750 million, while Ken Griffin’s Citadel contributed $2 billion. The clan was clearly coming together to stand up against the day trading mob.

But this did not help. By this time, what started as a ploy to profit by breaking the backs of a couple of overexposed short sellers in GameStop, appeared to have taken on the makings of a battle. Day traders declared on social media sites that they were aiming to punish the large speculators dominating Wall Street. Two developments fuelled that incipient tendency. One was the public declaration by Andrew Left of Citron Research saying that, despite the bull run led by the retail trading community, he had placed another bet on the stock to back his view that GameStop was in terminal decline. What followed was an attack on the stock that led to a statement by Left that he would not comment any further on the stock because of “intimidation attempts” by angry mobs. The other was a decision by online brokerage Robinhood to suspend trading in a set of stocks, which included GameStop, citing regulatory and investor protection needs. It also doubled the margins customers had to advance to extend their trades in firms like GameStop, AMC and Bed Bath & Beyond, which were also the targets in ‘short squeeze’ attacks. In the time it takes for a trade to settle, the Depository Trust and Clearing Corporation requires clearing brokers like Robinhood to post a margin as collateral, which rises when stock prices rise. That the huge price spike in shares of a firm like GameStop had strained the resources of Robinhood became clear when it had to get its investors to infuse an addition $1 billion and shore up its finances by accessing credit lines. It possibly sought to restrict trading on that count. But the action provoked angry responses from day trading clients who are major users of Robinhood’s zero-fee brokerage service.

Even though the effort to thwart the so-called amateur investors by the big players dampened GameStop’s share price spike, the likes of Melvin Capital and Citron Research had to exit their bets against GameStop having incurred large losses. The call now is for regulators to come in and tame the speculative day-trading horde, ignoring the fact that a lenient view of speculative activity is what fattens the now-threatened Wall Street majors. Yet, the Securities and Exchange Commission has declared that it has taken cognisance of the volatility in equity and options markets and was “working with … fellow regulators to assess the situation and review the activities of regulated entities, financial intermediaries, and other market participants”.

Not surprisingly the clash between the powerful hedge funds, which were the ones known to move markets, and the so-called ‘Reddit bros’ has elicited references to the David and Goliath confrontation and the Occupy Wall Street movement. What must be troubling for the old powerful is the fact that the subaltern attack was not restricted to GameStop but affected other firms like Blackberry, theatre chain AMC and Bed Bath & Beyond, which too the short sellers had targeted. Retail trader activism is also spreading to Europe and elsewhere. It is of course more than likely that most of the firms that are the targets of big short sellers would eventually see their share prices collapse, resulting in large losses for some retail investors. But the fact that a Reddit mob can bring down some of Wall Street’s big players is bound to change the nature of the speculative game at the heart of global finance. Reports have it that hedge funds are already scaling back their short-selling bets to stall losses, with collateral damage in the markets.

(This article was originally published in the Frontline Print edition: February 26 , 2021.)