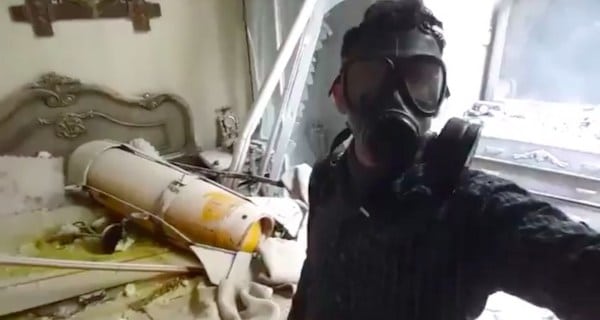 We wish to express our deep concern over the protracted controversy and political fall-out surrounding the OPCW and its investigation of the alleged chemical weapon attacks in Douma, Syria, on 7 April 2018.

Since the publication by the OPCW of its final report in March 2019, a series of worrying developments has raised serious and substantial concerns with respect to the conduct of that investigation. These developments include instances in which OPCW inspectors involved with the investigation have identified major procedural and scientific irregularities, the leaking of a significant quantity of corroborating documents, and damning statements provided to UN Security Council meetings. It is now well established that some senior inspectors involved with the investigation, one of whom played a central role, reject how the investigation derived its conclusions, and OPCW management now stands accused of accepting unsubstantiated or possibly manipulated findings with the most serious geo-political and security implications. Calls by some members of the Executive Council of the OPCW to allow all inspectors to be heard were blocked.

The inspectors’ concerns are shared by the first Director General of the OPCW, José Bustani, and a significant number of eminent individuals have called for transparency and accountability at the OPCW. Bustani himself was recently prevented by key members of the Security Council from participating in a hearing on the Syrian dossier. As Ambassador Bustani stated in a personal appeal to the Director General, if the Organization is confident in the conduct of its Douma investigation then it should have no difficulty addressing the inspectors’ concerns.

To date, unfortunately, the OPCW senior management has failed to adequately respond to the allegations against it and, despite making statements to the contrary, we understand has never properly allowed the views or concerns of the members of the investigation team to be heard or even met with most of them. It has, instead, side-stepped the issue by launching an investigation into a leaked document related to the Douma case and by publicly condemning its most experienced inspectors for speaking out.

In a worrying recent development, a draft letter falsely alleged to have been sent by the Director General to one of the dissenting inspectors was leaked to an ‘open source’ investigation website in an apparent attempt to smear the former senior OPCW scientist. The ‘open source’ website then published the draft letter together with the identity of the inspector in question. Even more alarmingly, in a BBC4 radio series aired recently, an anonymous source, reportedly connected with the OPCW Douma investigation, gave an interview with the BBC in which he contributes to an attempt to discredit not only the two dissenting inspectors, but even Ambassador Bustani himself. Importantly, recent leaks in December 2020 have evidenced that a number of senior OPCW officials were supportive of one OPCW inspector who had spoken out with respect to malpractice.

The issue at hand threatens to severely damage the reputation and credibility of the OPCW and undermine its vital role in the pursuit of international peace and security. It is simply not tenable for a scientific organization such as the OPCW to refuse to respond openly to the criticisms and concerns of its own scientists whilst being associated with attempts to discredit and smear those scientists. Moreover, the on-going controversy regarding the Douma report also raises concerns with respect to the reliability of previous FFM reports, including the investigation of the alleged attack at Khan Shaykhun in 2017.

We believe that the interests of the OPCW are best served by the Director General providing a transparent and neutral forum in which the concerns of all the investigators can be heard as well as ensuring that a fully objective and scientific investigation is completed.

To that end, we call on the Director General of the OPCW to find the courage to address the problems within his organization relating to this investigation and ensure States Parties and the United Nations are informed accordingly. In this way we hope and believe that the credibility and integrity of the OPCW can be restored.

Signatories in Support of the Statement of Concern:

José Bustani, Ambassador of Brazil, first Director General of the OPCW and former Ambassador to the United Kingdom and France.

Tulsi Gabbard, former Presidential candidate and Member of the U.S. House of Representatives (2013-2021).

Professor Dr. Ulrich Gottstein, on behalf of International Physicians for the Prevention of Nuclear War (IPPNW-Germany).