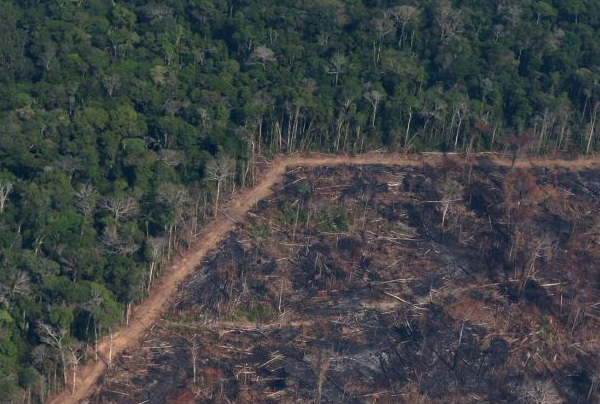 St Paul, October 5—A recent high-profile paper published in the journal Nature links zoonotic viruses, such as Ebola, HIV, and the SARS virus that causes COVID-19, with the fragmentation and destruction of forests. The authors show that with declining biodiversity, the remaining animals are more prolific disease hosts.

In this post, we unpack the publication and the apparent thinking behind it.

As agroecologists, we commend efforts that attempt to understand infectious disease from broader ecological contexts. However, as we detail here, ecological studies divorced from their historical, political, social, and economic contexts reproduce long-standing colonial notions of people and landscapes.

In mainstream ecologies, viruses seem to stem from unruly, unplanned spaces (and people) in the Global South that must be controlled by draconian policy mechanisms originating in the Global North (and their neocolonial counterparts in the South). Power is confounded with thinking.

We highlight some of the major assumptions and oversights of the article and suggest alternate modes of disease management that prioritize the livelihoods and dignity of people living in and depending upon forest ecosystems.

In examining the extensive PREDICTS biodiversity–land-use database, global change ecologist Rory Gibb and colleagues find in their recent Nature paper that “global changes in the mode and intensity of land use are creating expanding hazardous interfaces between people, livestock, and wildlife reservoirs of zoonotic disease”.

We concur that linking land-use change science, ecology, and epidemiology is a critical step towards developing a more robust understanding of zoonotic diseases. Yet we are wary of the way the authors omit the historical specificities, political economy, and agroecological dynamics of land-use change, and their implications for disease ecologies.

In this response, we argue that investigating the patterns of investment influencing local ecologies–and so zoonotic disease interfaces across wildlife, livestock, and humans–is a necessary addition to any new landscape epidemiology. Circuits of capital and State support fundamentally respatialize disease risk. Omitting them can lead to erroneous inferences. We also highlight the importance of differentiating types of agricultural production, a research approach the PREDICTS database, by its very design, can only offer in the most rudimentary fashion.

Agroecologists have long differentiated among the ecological, social, and economic aspects of, on the one hand, indigenous and peasant production and, on the other, latifundia production and extractivist agribusiness.

The first class is key to ecologically sustainable food production, often outperforming conventional agriculture, while integrating people and animals into biodiverse landscapes. Against championing separating humans and animals under the rubric of “biosecurity” and further intensifying agriculture in the name of natural habitat conservation and disease control, we argue for increased investment in agroecological research that promotes more socially explicit interventions into zoonotic pathogens.

Gibbs and colleagues find that anthropogenic pressure upon forest ecosystems both homogenizes host diversity and selects for specific species that are also viral hosts. This is an important finding that should inform land-use and disease management policies.

Yet absent are the ways in which uneven development and capital expansion produce the very pathogenic ecosystems the team describes. By discussing land-use dynamics ahistorically, the authors separate the relationship between disease ecologies and land-use changes from the very dynamics of capital investment, international trade, and socioeconomic crises that drive trends in periurbanization, expansion of tropical commodity plantations, and forest destruction.

How and where viral emergence is spatialized is inseparable from the politics of international development, public health, and agricultural reform (or lack thereof). The collapse of forest ecosystems, loss of biodiversity, and human-animal spillover events are situated in specific locales, but also reflect broader trends in resource extraction, international capital investment, inter-class conflict, and agribusiness’s long-standing exploitation of surrounding resource bases and peasant communities.

The team concludes by noting that the expansion of agriculture and urban land in low- and middle-income countries (that is, the Global South) will create “hazardous interfaces for zoonotic pressures in places already susceptible to natural hazards.”

Without context into how these land-use trends arise and function in the first place–some of the specifics have been covered elsewhere–the authors reproduce a long-standing trope in colonial medicine, in which an unruly Global South must be tamed by, as the authors put it, “proactive human and animal surveillance within agricultural, pastoral, and urbanizing ecosystems”.

Implicitly, scientists and civil society of the educated, “less risky” Global North must provide the policy tools, insights, and policing mechanisms to contain a viral threat emanating from the fragmented zones of chaotic, unplanned urbanization and forest destruction elsewhere, especially in the Global South.

These conclusions find resonance in policy circles populated by government officials, intergovernmental bureaucrats, and corporate boards who seek to simultaneously expand investment opportunities and limit ecological blowback under the cover of “sustainability” initiatives.

Forest transitions are the product of broader patterns of capitalist development and colonialism. The devastating human and ecological damage of the 19th and 20th century commodity plantations in Latin America, Asia, and Africa was driven by corporate investments within colonial cycles of accumulation. These dynamics have morphed as global trade quickens through just-in-time supply chains and is reterritorialized across “soybean republics” and other cross-border plantation systems.

The colonial plantation connected to the metropole through telegram and precarious shipping has morphed into networks of digitized financial capital and transit corridors moving germplasm, animals, plants, and humans across vast distances in a fraction of the time.

Although there are obvious benefits of these technological advances for some sectors of the global population, the territorial expansion of agribusiness—first colonial, now corporate—has occurred vis-a-vis the dispossession of smallholder agriculturalists. Smallholders are typically forced deeper into forest territories or into new, informal economic sectors, including poaching and wild animal trade.

The implications for the spread of zoonotic viruses are clear.

Expanding production circuits permit even the most marginalized pathogen to rocket out from a more simplified forest to regional capitals and onto global travel networks. A peasant contracting a zoonotic virus at the forest edge is unlikely to hop on a plane from Wuhan to London in a matter of hours the way a professional manager (or internationally traded livestock) does.

Land-use matrices: all agriculture is not equal 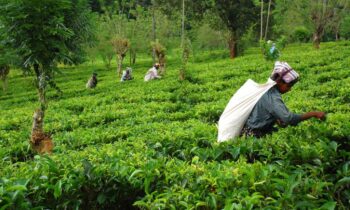 Such geographies show that agriculture cannot be treated simply, as Gibb and colleagues imply, as an absolute driver in land-use change. Different modes of production are instead complex sets of ecological, cultural, and economic practices imposing different outcomes upon local and regional biodiversities, and, it follows, zoonotic disease transmission.

Large-scale databases such as PREDICTS channel specific trade-offs, especially in regards to land-use characterization. While a strength of PREDICTS is its methodological standardization and breadth, land-use gradients are split solely into four categories: primary vegetation, nearby secondary, managed, and urban, with two use intensities—minimal and substantial. The managed category bundles cropland, pasture, and plantation into a single agriculture use designation.

Aside from the analytical limits in lumping a wide diversity of production systems together, the approach boxes out very real material consequences. The crude divisions omit many forms of peasant, indigenous, and smallholder agriculture that are integrated within forest ecosystems and produce food and fiber for local and regional uses whilst preserving high levels of agrobiodiversity and wildlife diversity.

In the other direction, increasing agricultural efficiency under the guise of sparing “wilderness” can lead to greater deforestation and disease spillover. By the Jevons paradox, increasing efficiency of extraction and cheapening production can increase resource use and associated environmental destruction.

Mode of agriculture can also be a factor in driving animal, plant, and human diseases.

Growing vast monocultures removes the immunogenetic diversity that cuts off disease transmission. In animal production, industrial densities and inputs depress immune response. High throughput produces the continually renewed supplies of susceptibles at farm and regional levels that select for pest and pathogen virulence. Growing out at such concentrations rewards those strains that can burn through plants and animals fastest. Restraining reproduction to grandparent stock for point-of-sale characteristics removes natural selection as an ecosystem service upon an outbreak. Livestock population immunities are unable to match pathogen threats in real time.

Public health is also damaged at the level of prophylaxes as profligate antibiotics in corporate livestock and crops select for drug resistance in human populations.

Rather than enhance capital-bounded surveillance and exclude rural communities from forest interfaces in the name of zoonotic disease control, as Gibb and colleagues imply, we recommend a more generative approach integrating rural livelihoods and environmental justice.

By intertwining zoonotic disease planning with ongoing support for rural communities that practice agroecological techniques, efficient food production systems can both be brought in balance with biodiversity conservation and help combat further forest fragmentation. Supporting rural livelihoods resists the hypermobility of capital and just-in-time logistics that simultaneously drive forest destruction and the rapid transmission of zoonotic disease across the globe.

So what’s the problem then? At the heart of scientific practice is a key contradiction. Consciously or not, such obvious data omissions are routinely treated as markers of a scientific respectability. Natural science neuters itself of its relationship with the state of civilization in the here and now. We—and nature itself—are above all that, the position implies.

But the abstraction is also an expedient one, returning scientists very much back to earth. As available public research dollars are drying up, many researchers make a tacit peace with the state and financial powers that allow their labs to operate. These sources of funding and legitimization are also driving the deforestation underlying the very outbreaks that ecologists and epidemiologists study.

Does the play-for-pay account for what’s missing in the PREDICTS database? Not necessarily. And the corrections are easy enough (even as we need acknowledge making a database is no walk in the park). That all said, researchers must begin to include themselves as a variable in their own models. Scientists are very much a part of what they study.

There remains a larger task, however. For folding in social variables into a database isn’t near enough.

At worst, if treated as just another technicist intervention for which a journal’s peer reviewers might pat our heads, it may serve as part of the next generation in greenwashing forest expropriation. Monetizing environmental services, REDD+ offsets, ecotourism, Half-Earth outmigration, North-branded certification, sector roundtables, all perused under the guise of “saving the Earth,” have only made matters worse.

Scientists must join the greater population to change the power dynamics out of which research finds its place. Indigenous and smallholder liberation is the context in which interventions stopping the emergence of the next pandemic strain can best be devised.

Ivette Perfecto is the James E. Crowfoot Collegiate Professor of Environmental Justice at the University of Michigan. Her research focuses on biodiversity, arthropod-mediated ecosystem services, and food sovereignty in rural and urban agriculture. She is co-author of, among other books, Nature’s Matrix and Coffee Agroecology.

Alex Liebman is a PhD student in human geography at Rutgers University, with a MSc in agronomy from the University of Minnesota.

Rob Wallace is an evolutionary biologist and public health phylogeographer presently visiting the Institute for Global Studies at the University of Minnesota. He is author of Big Farms Make Big Flu and the soon to be published Revolution Space, both with Monthly Review Press. He is co-author of Neoliberal Ebola: Modeling Disease Emergence from Finance to Forest and Farm, and Clear-Cutting Disease Control: Capital-Led Deforestation, Public Health Austerity, and Vector-Borne Infection. He has consulted for the Food and Agriculture Organization of the United Nations and the Centers for Disease Control and Prevention.