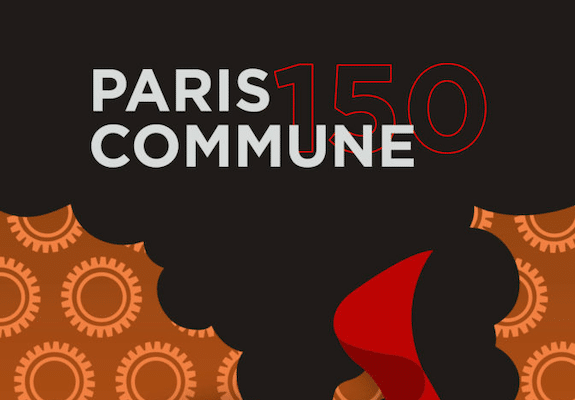 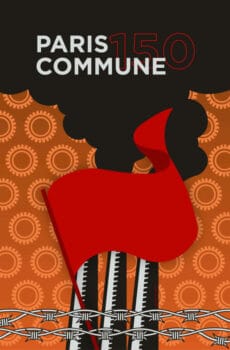 On 28 May 1871, one hundred and fifty years ago, the Paris Commune collapsed after seventy-two days. The workers of Paris created the Commune on 18 March, building on the wave of revolutionary optimism that first lapped on the shores of France in 1789 and then again in 1830 and 1848. The immediate spur for the Commune was Prussia’s victory over France in a futile war. Two days after Emperor Napoleon III surrendered to Helmuth von Moltke, the rattled generals and politicians in Paris formed the Third Republic (1870-1940). But these men–such as General Louis-Jules Trochu (President of the Government of National Defence, 1870-1871) and Adolphe Thiers (President of France, 1871-1873)–could not control the tide of history. The people of Paris pushed them aside and formed a government of their own. They created, in other words, the legendary Paris Commune.

All eyes turned to Paris, although Paris was not the only site of such an uprising by workers and artisans. The cutlery workers of Thiers and silk workers of Lyon took control of their cities for a brief period (only hours in Thiers), but they nonetheless sensed that the failure of the bourgeois government had to be met by a government of the workers. Their agendas were varied, their capacity to get them implemented chequered, but what united the Paris Commune with these rebellions across France, and with many others around the world, was the claim that silk workers and cutlery workers, bakers and weavers, could govern society without the leadership of the bourgeoisie. For the working class of Paris, it was clear by 1870 that the bourgeois politicians and the generals had sent them to die in the battlefields of Sedan, had capitulated to Prussian demands, and had then made the working class pay the costs of the war. The wreck of France had to be taken in hand by the workers. 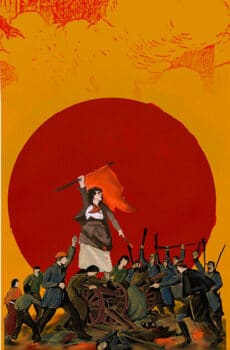 A few weeks after the defeat of the Paris Commune, Karl Marx wrote a brief pamphlet on its experiences for the General Council of the International Workingmen’s Association. This text, Der Bürgerkrieg in Frankreich (‘The Civil War in France’), judged the uprising for what it was, namely a remarkable demonstration of the possibility of a socialist society and the importance for that society to create its own state structures. Marx, who understood fully well the zigs and zags of history, recognised that, despite the massacre conducted by the bourgeoisie when it retook Paris, the dynamic that began with the 1789 Revolution and that was carried forward by the Paris Commune in 1871 could not be stopped: the old hierarchies inherited from the past and the new hierarchies forged by capitalism were intolerable to the democratic spirit.

From the ashes of the Paris Commune would rise the next experiment with socialist democracy, which would likely fall, and then from that would arise the next experiment. Such experiments, promoted by the International, emerged out of the contradictions of modern society. ‘It cannot be stamped out by any amount of carnage’, Marx wrote. ‘To stamp it out, the Governments would have to stamp out the despotism of capital over labour–the conditions of their own parasitical existence’.

The Paris Commune of 1871 remains vital to our political imagination, its lessons a necessary part of our processes today. That is why twenty-seven publishers–from Indonesia to Slovenia to Argentina–have gathered together to produce the commemorative book Paris Commune 150 (which will be available for download in eighteen languages from fifteen countries on 28 May). The book gathers together Marx’s essay, Vladimir Lenin’s discussion of that essay (from State and Revolution, 1918), and two explanatory essays on the context and culture of the Commune from myself and Tings Chak, lead designer and researcher at Tricontinental: Institute for Social Research. 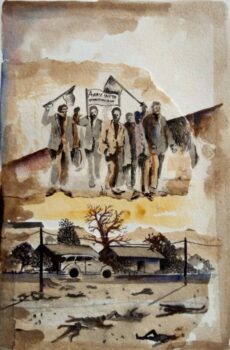 In 1918, on the seventy-third day of the October Revolution and the Soviet Republic, Vladimir Lenin left his office in the Smolny Institute (Petrograd) and danced in the snow. He celebrated the fact that the Soviet experiment had outlasted that of the Paris Commune. Five days later, Lenin addressed the Third All-Russia Congress of Soviets, where he said that their Commune had outlasted that of Paris 1871 because of the ‘more favourable circumstances’ in which the ‘Russian soldiers, workers, and peasants were able to create the Soviet Government’. They did not maintain the old Tsarist state with its oppressive habits; instead, they created a new ‘apparatus which informed the whole world of their methods of struggle’. These methods included drawing in the various key classes to the ‘long, more or less difficult transitional period’ that is required to forge a socialist society. Every defeat–of the Paris Commune in 1871 and, later, of the USSR–is a school for working people. Every attempt to build socialism teaches us lessons for our next experiment. This is why we bring you this book not on the first day of the Commune, but on the day of its defeat, a day of reflection on the Commune itself and on the lessons that emerged from it.

Paris Commune 150 is the most recent fruit of an informal group called the International Union of Left Publishers (IULP), which emerged out of a conversation in New Delhi amongst left publishers in India. We decided in early 2019 to confront the attacks on left writers and publishers by holding a day to celebrate the contributions of ‘red’ books. Joined by two publishers from South America (Brazil’s Expressão Popular and Argentina’s Batalla de Ideas), we called for public readings of the Communist Manifesto to be held on 21 February, the day of the publication of that book in 1848. Since 21 February also happens to be International Mother Language Day, we decided to ask people to read the Manifesto in their own languages. In 2020 and 2021, tens of thousands of people joined together in public and online to commemorate Red Books Day by reading the Manifesto and discussing this vibrant text. We hope that, like May Day, this day becomes part of the cultural calendar of people’s movements. 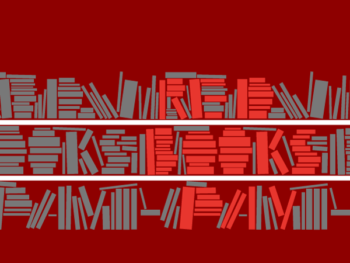 The experience of Red Books Day 2020 brought our publishing group into more projects, such as the joint publication of special books. The IULP has thus far released four of these joint books, in addition to Paris Commune 150:

Each of the publishing houses used the same cover for these books. For Paris Commune 150, the Art Department decided to hold a cover contest; forty-one artists from fifteen countries submitted work towards the cover. We are holding an online exhibition of the forty-one submissions, almost as many as the forty-seven artists who gathered inside the Commune to establish the Federation of Artists in 1871. 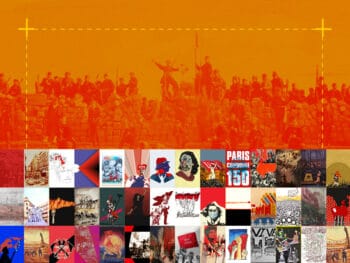 Two images struck us as the best for the book. The cover is by the Cuban artist Jorge Luis Rodríguez Aguilar, head of the Department of Graphic and Digital Art at the San Alejandro National Academy of Fine Arts in Havana. The back cover is by Kerala’s Junaina Muhammed of the Students Federation of India and the Young Socialist Artists collective. It is fitting that the artists are from Cuba and from Kerala, two places where the experiment of the Commune sizzle.

The Kanak storyteller, if he is in high spirits, if he is not hungry, and if the night is beautiful, adds to a tale, and others add more after him, and the same legend passes through various mouths and various tribes, sometimes becoming something completely different from what it was at first. 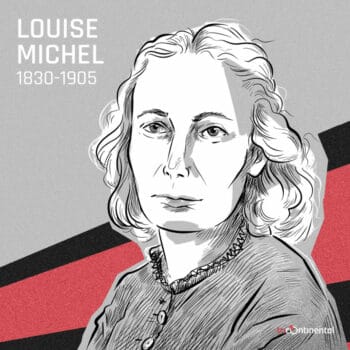 We tell the story of the Paris Commune as the Kanak told their stories: the legend growing from the seventy-two days, expanding into the Soviets and the Guangzhou Commune of 1927, becoming something completely different, even more different, and even more beautiful.

The Commune sustains an electrical political charge in our time. In Venezuela, communes forged in the barrios(‘neighbourhoods’) have been central to the constitution of new ideas and material forces pushing society forward. In South Africa, the eKhenena (‘Canaan’) land occupation in Durban, which is facing sustained repression, is a commune where democratic self-management has provided social services, established agricultural projects, and built a political school used by activists across the country.