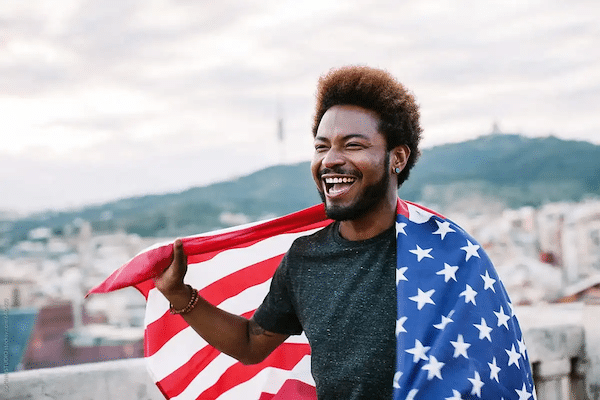 We are witnessing today the final days of a militaristic empire, the rapid descent of an obsolete failed United States. There is nothing unique about America. Empires rise and empires fall throughout time memorial. It is empirically calculated that the average civilization only lasts 340 years.

Like Captain Ahab’s pathological obsession with catching the great white whale, Moby Dick which led to his and his crew’s destruction, Americans’ obsession with consumption, celebrity, money, and greed are mechanisms that maintain our denial of a nation in peril. The denial of our descent is partially maintained because every other week our white pellets are deposited into our bank accounts giving us the illusion that the emperor wears clothes.

The most educated are the most indoctrinated, confusing their mini-mansions, W2’s, and educational pedigrees with freedom, addicted to meaningless jobs with meaningless work; the worker no longer sees the fruits of their labor. Our sole purpose now is to go to college, get a “good job” and fulfill the corporation’s goal of more profits every year. Incredibly, we don’t even raise questions about this vacuous pursuit. But some young people are.

Today, Americans are undergoing the most passive-aggressive protest in American history.  They do not want to return to underpaid jobs that have not raised salaries with the cost of living. Real wages have remained stagnant since 1970. Americans regardless of gender, race or political persuasions know something is desperately wrong so they vote for “hope and change” as desperately as they grasp meaningless jingoisms like “make America great again”.

Both parties obsequiously acquiesce to the Fortune 50, a monopolistic small group of corporations that dictate how we live on every intimate level. They dictate the macroeconomic variables as to what wars we fight, to Walmart’s eradication of local supermarkets. The Coronavirus has revealed the smoke and mirrors of capitalism and how it fails us every 4 to 7 years. No, people are not lazy, they know intuitively that real wages have not increased since 1970. They know that when they go to the supermarket that they cannot afford what they were able to 20 years ago. They also know that 80 countries have universal health care, “So why don’t they?” Why are they paying what amounts to a car payment for health insurance? They don’t know that South Africa, which has the same apartheid history, also doesn’t provide universal health care.

Without a Ph.D. in economics, they are clear that if the minimum wage kept pace with the cost of living it would be a living wage of $24.00 an hour. While the propaganda of corporate-owned media makes them believe that Russia and China are our enemies, that same domestic propaganda campaign does not inform them that Russia has 21 military bases around the world, China has 1 and America has over 900. Here at home, our infrastructure self-destructs and 100 plus people are buried alive in a Miami high rise.

Americans remain in perpetual debt, another mechanism of denial since the 1975 elimination of the gold standard, and money today is nothing more than 1’s and 0’s floating in a matrix that none of us can ever enter. The complete transformation of citizen to consumer leads us to co-conspirators to our world’s destruction, our nation and ourselves easily measured by the amount of pharmaceutical drugs, alcohol, caffeine, and sugars to stimulate albeit temporarily a nation and a people whose denial of reality is terminal.