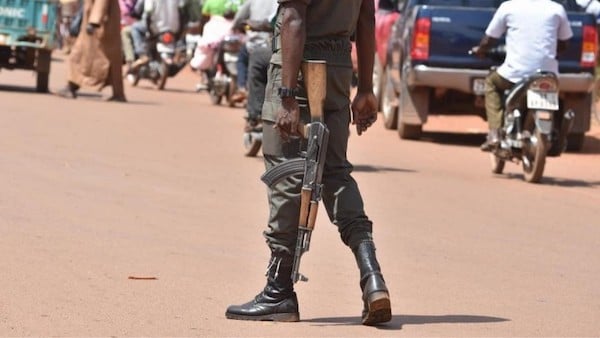 In April 2021, a military court in Burkina Faso indicted former president Blaise Compaoré and thirteen co-conspirators for the murder of Thomas Sankara, the country’s revolutionary socialist leader from 1983 to 1987. Sankara was a pan-Africanist who was committed to continental unity and self-sufficiency for the Burkinabé people, including through the nationalization of Burkina Faso’s mineral wealth and precious metals. For his efforts, the French government conspired with Ivory Coast president Fêlix Houphouët-Boigny to remove him. On October 15, 1987, Compaoré (who up until that point had been a top advisor to Sankara) led the coup against him. As a reward for murdering his former ally at the behest of France, he spent a comfortable 27 years in power until popular uprisings in 2014 forced to him to flee the country.

Guyanese intellectual Walter Rodney argues that the industrialization of Europe was dependent on the expatriation of surplus from the African continent. In short, he wrote, “the development of Europe [was] part of the same dialectical process in which Africa was underdeveloped.” When national liberation movements brought formal colonialism to an end across the continent, this underdevelopment continued, but under the guise of what Ghanaian independence leader Kwame Nkrumah called “neo-colonialism.” Nkrumah writes that “the essence of neo-colonialism is that the State which is subject to it is, in theory, independent and has all the outward trappings of international sovereignty [but] its economic system and thus its political policy is directed from outside.”

The Global North applied pressure on the newly freed countries to keep their markets open, forcing them, sometimes through the murder of popular leaders, to neoliberalize their economies for the benefit of Western capital.

In recent decades, Canada has played an outsized role in this process of underdevelopment—not through the direct overthrow of socialist governments and the propping-up of right-wing dictatorships, but through its exploitative investment in countries which have already had this economic agenda imposed on them by more overtly imperialist powers.

Burkina Faso is one of Africa’s top gold producers—the precious metal accounts for approximately 60 percent of its global exports—and according to the Embassy of Canada to Burkina Faso and Benin, Canada is the largest mining investor in the country. By 2014 Canada became Burkina Faso’s largest source of foreign direct investment. Canadian firms own half the gold mines in the country and mining assets worth over $3 billion (about $2.5 billion USD). For perspective, the Rwanda-based Africa Improved Foods (AIF) estimates that it would cost just $5 billion USD to make the African continent self-sufficient in food production and eliminate hunger. A higher estimate, given by the International Institute for Sustainable Development (IISD), argues that an extra $1 billion in aid every year until 2030 would end hunger in Ghana, Malawi, Nigeria, Senegal, Tanzania, Uganda, and Zambia. According to the latter figure, the value of Canadian corporate holdings in Burkina Faso is equal to two and a half years of hunger elimination in all seven nations.

The Canadian mining industry usually brings social and ecological devastation wherever it chooses to set up shop, such as in the case of the Tarpako mine (owned by Toronto-based High River Gold), the establishment of which meant “the expropriation of peasant land; destruction of traditional gold mining, the main activity of the villagers; the emergence of a water crisis; rise in the cost of living; and intense monitoring by private security guards.” These mines also fuel food insecurity as a result of the removal of peasants from their property and the subsequent destruction of their land, as well as the trafficking and forced prostitution of women from around Africa, especially Nigeria.

The most prominent Canadian companies with investment in gold extraction in Burkina Faso are High River Gold (Toronto), Barrick Gold (Toronto), Iamgold Corporation (Toronto), Tajiri (Vancouver), Roxgold (Toronto), and Semafo (Montreal). Semafo in particular was known for its egregious practices across West Africa: it was very close with the Compaoré regime, engaging in violent strike-breaking in Niger, while evading nearly $10 million in taxes in Guinea. In 2020, the scandal-plagued company was acquired by Endeavour Mining, a multinational based in the Cayman Islands. The Vancouver-based True Gold Mining Inc., which operated a gold mine in Burkina Faso, was also purchased by Endeavour in 2016. 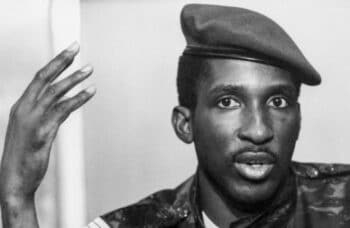 Partly due to the fact Canadian mining companies own $2.5 billion of Burkina Faso’s gold resources, the country remains one of Africa’s most underdeveloped nations. Over 40 percent of people live below the national poverty line. Hunger rates are rising every year, and in 2020 the World Food Program reported that tens of millions people are facing acute food insecurity in Burkina Faso. Development is obviously not a priority of the state: since the overthrow of Sankara’s revolutionary government, the country consistently ranks near the bottom of the United Nations’ Human Development Index (HDI). In 2019, Burkina Faso ranked 182 of 189 countries included in the Index—three places below Yemen, whose famine is commonly cited as the worst humanitarian crisis in the world.

One of the most important reasons for Burkina Faso’s dire situation is Compaoré’s reversal of Sankara’s state monopoly on the country’s minerals and precious metals. Almost immediately after taking power in 1987, Compaoré passed neoliberal laws which privatized large sections of the Burkinabé mining industry, continuing the cycle of underdevelopment from which Sankara sought to free his country.

The latest disclosures from the Oslo-based Extractive Industries Transparency Initiative (EITI) are illustrative of this decline: they show that in 2016, the Burkinabé government received $407 million through the taxation of the gold industry. When one takes into account the fact that Burkina Faso is estimated to contain 154 metric tonnes of gold, one can clearly see the disparity. Over the past decade, the price of a metric tonne of gold has fluctuated significantly, but always hovered around $60 million USD. Therefore, roughly speaking, the government’s taxation program only recoups five percent of the value of its gold industry. When one factors in export revenues, this rises to about 10 percent. Statistics from 2017 confirm these facts: of the 46 tonnes produced in the country that year, 41.4 were sent abroad by multinationals and smugglers. In other words, $2.5 billion of the $2.8 billion produced by the gold industry in 2017—over 90 percent—was taken from the Burkinabé people.

Sankara understood the dynamics of this global looting. In a speech to the UN General Assembly in 1984, he said “it is [African] blood that nourished the rise of capitalism, that made possible our present condition of dependence and consolidated our underdevelopment.” If he had been able to demonstrate what could be accomplished by liberating one’s country from this perpetual poverty, his example would have gained influence across the continent, and the Global North would have lost control of Africa’s resources. It is through the blood of popular leaders and the suffering of working people that underdevelopment persists—and although France and its allies in the region did the dirty work back in 1987, Canadian industry has been parasitically reaping the rewards ever since.

Owen Schalk is a writer based in Winnipeg. His areas of interest include post-colonialism and the human impact of the global neoliberal economy.