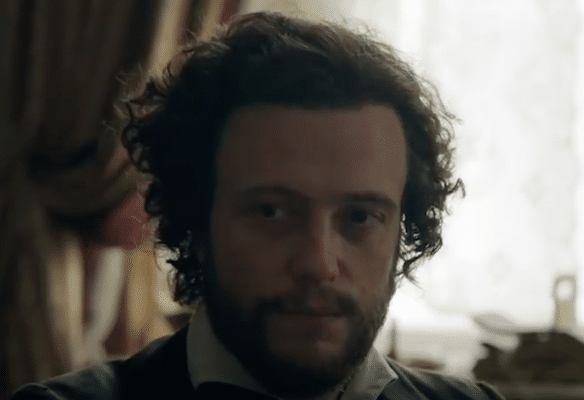 Scott McLemee reviews The Young Karl Marx, which, on the eve of 200th anniversary of Marx’s birth, contains themes of economic crises and inequalities that remain relevant today.

Released last year but receiving as yet very little English-language press coverage, Der Junge Karl Marx is a nuanced and surprisingly accurate portrait of the revolutionary as a young man. That said, I cannot vouch for the chase scene. Regarding which, more anon.

First a couple of circumstances that bode well for the film’s chances of reaching a wider audience once The Young Karl Marx (the title I saw it under at a film festival recently) becomes available on DVD and via streaming. Its director is Raoul Peck, the Haitian filmmaker whose I Am Not Your Negro, a documentary about James Baldwin, was nominated for the Oscars last year. And the timing is good: This coming May 5 will mark the 200th anniversary of Marx’s birth. Add, say, the findings in World Bank report released this week, The Changing Wealth of Nations 2018, and the potential for interest in the film looks promising. Over the past two decades, global wealth grew “grew an estimated 66 percent,” the report says, “from $690 trillion to $1,143 trillion in constant 2014 U.S. dollars at market prices,” while “per capita wealth declined or stagnated in more than two dozen countries in various income brackets.”

If anything, those figures understate the gap. It was defined more starkly two years ago by Oxfam:

[T]he richest 1 percent have now accumulated more wealth than the rest of the world put together…. Meanwhile, the wealth owned by the bottom half of humanity has fallen by a trillion dollars in the past five years.

As the middle-aged Marx put it when writing for The New York Tribune in 1859: “There must be something rotten in the very core of a social system which increases its wealth without diminishing its misery.” His understanding of that system identified tendencies towards economic crisis and breakdown as inherent in the normal functioning of capitalism itself. The tweaks and patches improvised to keep things moving become, in due course, sources of turbulence. (How to square stagnating wages with the need for constantly renewed household purchasing power? With more and more consumer credit-plus the chance for investors to wager on securities tied to mortgage failure! That’ll fix it.) These are insights it is unfortunately necessary to recover from time to time.

Peck and his screenwriters have availed themselves of very few of the imaginative liberties usually permitted in the making of a biopic. The Young Karl Marx sticks closely to the record, with some of the dialogue adapted from correspondence or memoirs and the casting director clearly working from portraits of the original figures. It can be difficult to imagine that there was ever a young man beneath the iconic Marx, with his prophetic and imposing beard. But August Diehl bears a striking resemblance to a drawing of Marx in his early twenties, and depicts him with just the confrontational edge that comes through in his letters to Friedrich Engels. The latter is played by Stefan Konarske – and again the likeness to pictures of the young Engels, especially in demeanor, shows more attention to the biographical sources than the genre necessarily requires.

The film opens in 1842 with Marx and his fellow philosopher-journalists at the Rheinische Zeitung being arrested for Marx’s scathing coverage of debates in the local parliament – in particular, his articles on new laws taking away the traditional right of peasants to gather deadwood on a landowner’s property. Marx himself later wrote that reporting on such grubby matters had been his first push towards studying economic issues. On screen, it appears as Marx’s breaking point with the Young Hegelians (not a circle I ever expected to see on film) and the beginning of a series of clashes with government officials and hurried moves from country to country with his wife and children-living the life of an impecunious political exile that continues long after the end of the movie, which coincides with publication of The Communist Manifesto in 1848. For the record, the final scene contains the only significant factual mistake I noticed: Marx tells Engels he will be writing for The New York Tribune, though in fact he was only offered the job in 1851.

Now, a film that begins with its hero writing for one newspaper and ends with him taking a position at another newspaper is going to need a lot more than verisimilitude going for it. And that is also true even – or perhaps especially – when intervening developments largely concern the shaping of a political doctrine. What The Young Karl Marx has working to its advantage is that the 1840s were an exceptionally lively decade. Cold War-era accounts sometimes made it sound like Marx was a misanthropic recluse, scribbling diatribes read mostly by other fanatics. Peck stands that myth on its head in the first scene of Karl and Jenny in Paris, attending a political banquet addressed by Pierre-Joseph Proudhon.

Such banquets were a big part of the oppositional political scene in France at the time. In reading about them, I’ve always imagined a big hall with waiters bringing food to large tables — nothing like the event depicted in the film. What we see is more like an open-air rally during the daytime, with booths for food and books for sale. Proudhon takes the stage to speak about the need for an economy that won’t grind the people into the dirt. He’s surrounded by what looks like an entourage of co-thinkers who don’t look especially happy about it when Marx throws “the master” a hard question, though both he and the audience seem to enjoy the exchange. And it so happens that some of that audience is black – a nice touch and Raoul Peck’s reminder that his ancestors were part of French history even if historians have sometimes written them out of it.

In short, we get a glimpse at a culture of political debate – the first of several. In later events, the audience consists more and more of working men and women, some of them devoted to Proudhon, others drawn to the religiously-tinged radical vision of Wilhelm Weitling, a German tailor of great eloquence. In time, Marx and Engels find themselves both working and arguing with these comrades, with Marx in particular proving constitutionally incapable of politesse. Of course, he’s even less diplomatic upon meeting a British industrialist who insists that if child labor is abolished, he won’t be able to turn a profit.

Textbook boilerplate has it that the Manifesto launched an international revolutionary movement. But The Young Karl Marx shows what that truism leaves out: Marx and Engels were part of, and were shaped by, a movement from below of people who fought not for ideals but for survival. The point of the manifesto was to give that movement an analysis of some breadth and depth. Whatever the failings of Marx and Engels’s shorter-term projections, the lines read in voice-over concern something closer at hand than 19th-century social conditions.

I failed to note down exactly which passage was used, but in looking over the text, I am struck once again by the lucidity and precision of what the authors saw:

All old-established national industries have been destroyed or are daily being destroyed. They are dislodged by new industries, whose introduction becomes a life and death question for all civilised nations, by industries that no longer work up indigenous raw material, but raw material drawn from the remotest zones; industries whose products are consumed, not only at home, but in every quarter of the globe. In place of the old wants, satisfied by the production of the country, we find new wants, requiring for their satisfaction the products of distant lands and climes. In place of the old local and national seclusion and self-sufficiency, we have intercourse in every direction, universal inter-dependence of nations. And as in material, so also in intellectual production. The intellectual creations of individual nations become common property.

This vision of hybridity applies to The Young Karl Marx itself-a film in German, French and English, directed by a Haitian in a medium well suited to communicating across wide cultural differences. Which brings me back to how in the film, shortly after Marx and Engels meet and begin exchanging ideas, they soon run into police who are hassling immigrants. They try to escape, and the chase is on! I’ve checked the biographies and find no indication that this actually happened. But maybe the director is tipping his hat to American cinema by imagining Marx and Engels in a buddy movie.