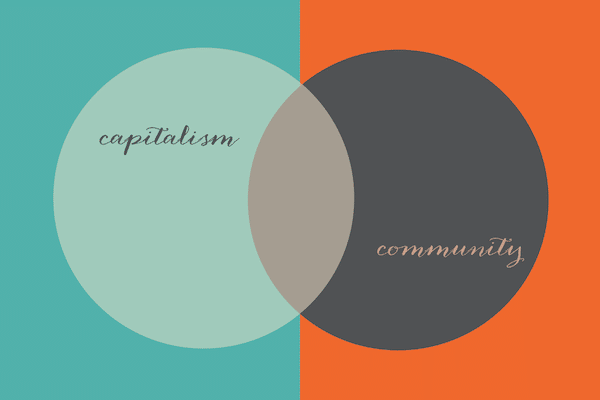 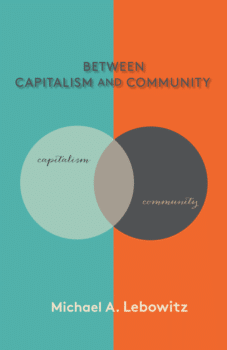 Michael Lebowitz might best be described as a figure from the left’s past and also its future. His 1992 volume Beyond Capital reached back over the heads of six generations of Marxists to grapple with the qualities that gave Karl Marx’s discoveries an organic wholeness too often missing in later generations’ efforts. In it, he approaches the difficulties of Marx’s work not only for our own time, but within his own systematic project, to reveal the lives of the living, breathing working class, evolving, changing, ever caught up in complex struggles. And to pinpoint a way out of capitalism.

Lebowitz brings to the task a considerable and unique background. The last surviving editor of Studies on the Left, he helped draft the Port Huron Statement, worked on the Emergency Rental Assistance Program project of Students for a Democratic Society to build community organizing, took part in the New Democratic Party of British Canada, seeking to introduce ideas of worker control, and, according to his own account, came to the conclusion that Marx’s Capital remained one-sided. Well into middle age, he met Marta Harnecker in Cuba in 1997, fascinated by reports of a book that she had published, based on the story of a community on the island.

The two of them settled in Venezuela in 2004, and Lebowitz became an advisor at the Ministry for the Social Economy. They persuaded Hugo Chávez, personally, to create a think tank called Centro Internacional Miranda. There, Harnecker led a program on participation, while he led one on transformative practice and human development. They used the money that she won from a literary prize to develop and write a program for future community development, decentralized participatory planning, and self-management. It would be the heart of a wider vision.

“Socialism for the Twenty-First Century,” the vision for Venezuela, had already begun to take shape when Chávez’s death unraveled the always fragile successes. Lebowitz looked on critically and learned, finally, that the larger experiment could not overcome the many obstacles. The opposition of the U.S. State Department, including the power of sanctions, the advance of corruption and clientelism, and the drop in oil prices, together overwhelmed the commune movement, even as it continues in some areas of the nation. The key ideas did not die. It would be easy, I think, for a socialist of advanced years to hang up his conceptual tools and seek solace in his own historical role. Not Lebowitz. He has more to say.

Community, finally, is the core issue for the author, not because class struggle has been excluded, but because there can be no coherent issue of class without community. If the monumental historian E. P.Thompson, in his anti-Hegelian moments, argued that Marx let himself be drawn away from working-class experience into philosophical fights, Lebowitz insists that we need to go another direction. The reproduction of capital, to put it briefly, does not explain the human experience or even encompass its real contours, most obviously in terms of global and racial realities. Thinkers who have understood this point often conclude that Marx’s theory has little to offer working-class development and lived experience. This conclusion, Lebowitz explains, is badly mistaken.

Marx had, from the Economic Philosophic Manuscripts onward to Capital, sought to postpone the specifics of working-class wages and conditions until his strictly economic analysis could be completed. Marx’s conclusions remained “at the level of classical political economy” (92). By failing to explore the possibility of workers making gains from productivity increases, Marx could not distance the wage worker from the slave. How, in Marxist terms, is a shift in surplus value even possible? If the living standards of workers increase, the capitalist must seek to recover his loss by other means. Studs Terkel wrote in his introduction to the original publication of his totemic volume Working that alienated labor resonates with “violence,” the implied or real violence of compulsion.

The “blind rule of supply and demand,” Lebowitz argues, would consign labor to permanent penury (101). Labor fights back in one way or another, and capital meets this challenge. “If there is a way to divide the working class, capital will find it and use it,” in the long familiar quip. But there is a way out. Lebowitz calls it the “Twenty-First-Century Project.”

He employs a word unfamiliar in English, protagonism, to explain what he learned in Venezuela. Rejecting top-down civil society and likewise the overpowering state, he proposes a “path,” not a “stage,” and he quotes Chávez quoting himself! To good effect, he argues that a revolution is gained only by practice: “we have to practice socialism…have to go about building it in practice,” a practice that changes the socialists themselves, through the relation of community and solidarity (121). Local bodies or councils in rural and urban areas would, in theory, become cells of the new society emerging.

Consider elements characteristic of this reinvented (or perhaps restored) concept of socialism. Paramount among them is the centrality of revolutionary practice, the emphasis on protagonism and the development of capabilities. Direct democracy in the workplace and community here is understood as building new relations among people, relations of community and solidarity. While Venezuela’s Bolivarian Revolution allowed for its conceptualization as a whole, there have been (and continue to be) glimpses of its particular elements in the United States. The early focus of Students for a Democratic Society, the Free Breakfast for School Children Program of the Black Panthers, the Detroit Summer (guided by Grace Lee Boggs), Cooperation Jackson, as well as a growing stress on cooperatives, worker management, and a solidarity economy all point to characteristics of socialism for the twenty-first century. But they do so as isolated silos with little direct connection to one another other. While there have been online initiatives (such as the Next System Project and the Democracy Collaborative) to focus on common premises, the most systematic focus on a socialism for the new century has come, in recent years, from the LeftRoots group, initiated by community organizers, drawing upon Harnecker and Lebowitz, explicitly stressing protagonism, the development of capacities, and the need for a political instrument to guide the process.

Is fundamental, revolutionary change possible from within a social and economic system so shaken that questions of dual power are not likely to be raised? We might look to a long history of left-wing working-class cooperatives, the most stable of them heavily ethnic entities around the socialist and communist movements now long gone. And before them, the Black and white agricultural cooperatives around the Populist movement during the 1980s. In their time, with a more profound collapse of capitalism, these might have been building blocks of a better society. They could not withstand the economic and political pressures, including outright repression. The many other efforts since the 1950s and ’60s have fallen more often to market forces and rampant individualism. But the problem of building the new society within the old has remained.

No set of ideas can be properly tested by a single project. LeftRoots, for instance, could be described as essentially “aspirational” in their efforts. On another level, LeftRoots offers an explicit effort to create multiracial “cadre” or organizers outside of the traditions of vanguardism or manipulation of existing movements, devoted to building independent, authentic mass movements around race, class, gender, and the issues of the day. It’s another start, and welcome.

Paul Buhle is coeditor of The Encyclopedia of the American Left, whose third edition will be published digitally and later in print by Verso Books, in cooperation with the Democratic Socialists of America. His most recent book is the nonfiction graphic novel of Paul Robeson's life, Ballad of an American (2020), illustrated by Sharon Rudahl. Buhle has been a contributor to Monthly Review since the 1970s.