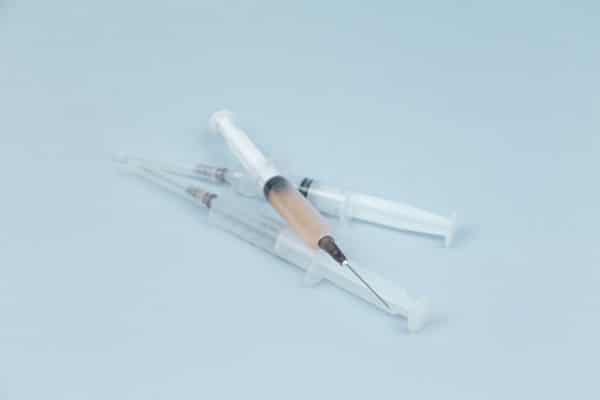 In 1985, Canada began drug testing the urine of federal prisoners. Prison officials had tried to stop people from smuggling drugs into prisons by banning Christmas presents and even deploying teams of gerbils to sniff out anxious visitors. But drugs kept getting in, so officials pivoted to deterring people in prison from using drugs–if their urine tested positive, they faced a lengthened sentence, solitary confinement, and a transfer to a higher-security prison. The tests were the only way to deal with the inflow of drugs, Remi Gobeil, warden of Joyceville Penitentiary told the Toronto Star in March 1986.

“Why can’t we just keep the drugs out of the prisons? You tell me how to do it,” Gobeil said.

In 2019-20, 22 per cent of randomly selected prisoners either tested positive for drugs or refused to submit to a urine test, according to data Briarpatch obtained from the Correctional Service of Canada–refusals are punished the same way as a positive test. That’s a higher rate than at Joyceville in 1985-86, when 20 per cent of prisoners tested positive during the trial run at Remi Gobeil’s penitentiary.

The Correctional Service of Canada can’t stop people in prison from using drugs. But trying to stop them still causes enormous harm.

In 2008, the CSC banned smoking in its facilities. Guards–along with a few incarcerated people–had complained about second-hand smoke. The ban, meant to “enhance health and wellness,” decreased cigarette consumption, and many pack-a-day smokers were reduced to a couple contraband cigarettes.

But the vast majority of people in prison smoked before the ban, and many of them still want to–cigarettes help pass the time and relieve stress. A black market mushroomed to meet the demand, but few prisoners can afford prohibition prices. Instead of buying them at the canteen, prisoners with fewer resources are now forced to sell sex in exchange for cigarettes, or go hungry in order to trade their food. Some go into debt to other prisoners to smoke, and face violence when they can’t repay.

Drug prohibition functions similarly, except with bigger profits, and greater harm. Drug entrepreneurs use violence to increase their market share and protect their turf. Vulnerable prisoners and their loved ones are coerced into smuggling. Protective custody units are full of people with drug debts.

Still, prisons run more smoothly when people have steady access to drugs. Crackdowns on smuggling disrupt supply chains, raising prices and forcing prisoners to steal, extort, or go into debt to continue to meet their needs–all of which make prisons more dangerous.

Many people in prison need drugs. That’s often because they had existing dependencies before they were locked up, but roughly 15 per cent of people in prison develop a drug addiction while they’re behind bars, a 1998 study found. The trauma of incarceration also drives drug use. Prisoners alternately face extreme boredom and extreme stress. They are deprived of freedom, security, creature comforts, and relationships with their children and loved ones. Drugs help them cope. Before prison, most people say they had used drugs to have fun and forget their problems. In prison, the majority simply use “to relax.”

Accordingly, people in prison tend toward sedative drugs like cannabis and opiates. Among incarcerated women in Canada who use drugs, about half said they primarily used cocaine prior to getting locked up, but just six per cent said it remained their main drug behind bars. Meanwhile, people who mostly used opiates when they were free continued to mostly use them in prison, too. The most common substance, by far, for which prisoners test positive is THC, the active chemical in cannabis.

In May 2020, Lisa Adams was on day parole in Cape Breton finishing out a sentence for drug possession, when she got caught using crystal meth. Authorities took her to jail, where she was scanned to see if she had contraband inside her body, and cleared her. She was transferred to a federal prison in Truro the next day.

A couple days later, prison officials got a tip to double-check Adams’ scans, and concluded that she had several balloon-like packages inside her vagina. Officials told her they would put her in a dry cell unless she handed over the drug packages. But Adams didn’t actually have any drugs.

Dry cells are designed to recover drugs hidden inside a prisoner’s body. The cells have no running water so the prisoner can’t flush away contraband. The lights are kept on day and night, and the prisoner is filmed and watched by a guard 24 hours a day. When the prisoner needs to go to the bathroom, guards set up a specially designed toilet that captures and cleans their excrement to uncover any drugs. When the prisoner uses the toilet, they must keep their hands in the air.

“I have many days where I feel helpless, alone, and terrified,” Adams said in an affidavit.

The experience of being watched through a glass wall by staff with the lights on 24 hours a day, who take notes on every move I make, is highly detrimental to my mental health.

The Correctional Service of Canada defends the practice as a humane way to recover contraband–preferable to extracting contraband from prisoners’ rectums, or forcing them to swallow emetics, the CSC explained in a legal filing.

“A dry cell is not a particularly invasive search,” the filing reads.

It merely reveals, with precision, the presence or absence of contraband.

In a theoretical prison where guards caught every drone dropping contraband over the wall, every disemboweled rat with drugs sewn inside, every letter soaked in liquid methamphetamine, they would still be thwarted by one of their own. A small fraction of guards bring contraband into their workplaces. There’s a lot of money to be made, especially when other smuggling sources are cut off.

Prison guards are free people. If they were required to strip naked, squat, cough, spread their buttocks and expose their genitals before they clocked in, nobody would take the job–it wouldn’t even be legal under Canadian human rights law. But because guards aren’t searched, it’s easy for them to bring in drugs. As a result, drugs will keep getting smuggled into prisons.

The Correctional Service of Canada, to its credit, gives prisoners drugs. In 2019, 1,855 people in prison received medicalized doses of opioids, like methadone. The treatment saves lives–people in the program are much less likely to overdose and die than other opioid users, because they have reliable access to safe, unadulterated drugs (black market drugs are often poisonous). But that same year, the CSC had 453 people on waitlists for the treatment, which is part of a longstanding pattern of administrative indifference.

Because the CSC won’t supply people in prison all the methadone they need, violence and smuggling dogs the program. Vulnerable prisoners are sometimes muscled out of their doses, or they sell them if they’re desperate for money. Prisoners have to swallow the dose under medical surveillance, but they throw up soon after and strain the vomit through a sock to get an opioid solution they can pass on.

The solution to this problem isn’t more security, but more methadone. The same goes for all the drugs that prisoners use. Prohibition is a harmful fantasy. People in prison will use drugs. They can either obtain impure drugs through violence and black markets, or they can get them from the CSC. Drugs should be stocked in the canteen, alongside the cigarettes.

F.T. Green is a reporter in Toronto. His website is ftgreen.xyz