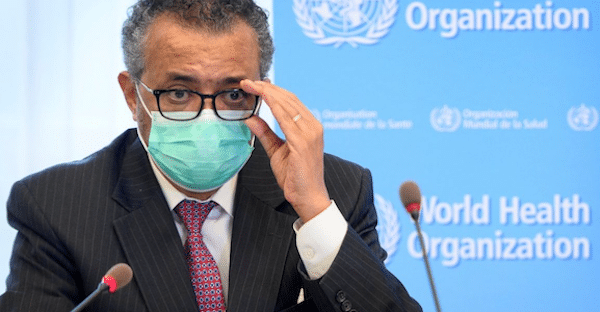 In recent decades, the World Health Organisation (WHO) has achieved almost sacred status as a bastion of internationalist action and development. However, as we outline in our new report–The WHO and COVID-19: Re-establishing Colonialism in Public Health–this reputation is now dead in the water. Over the past two decades, the WHO has recreated structures of what can only be described as ‘colonial control’. Now the health priorities of populations at highest need are overridden by the interests of those who now control much of WHO’s agenda: wealthy countries, corporations and high net-worth individuals.

The formation of WHO after World War II reflected the aspirations of its time. As the world faced the stark evidence of the products of medical fascism from the concentration camps, colonial empires were dissolving into newly independent nation-states. The WHO would be owned by the people of the world–funded by countries according to their capacity and guided by a World Health Assembly consisting of the member states–one country, one vote. Meanwhile, the Nuremberg Code and Helsinki Declaration cemented the requirement for fully informed consent prior to medical procedures and experimental treatments. This would ensure that the excesses of coerced healthcare from the Nazi era would never be repeated.

WHO’s charter emphasised the importance of individual autonomy as “informed opinion and active co-operation on the part of the public…”, and the broad definition of health as “a state of complete physical, mental and social well-being and not merely the absence of disease or infirmity”.

WHO’s founding charter established that it would be for all, but concentrate especially on the major health burdens of the most disadvantaged, low-income populations and protect them from medical exploitation. To enable the growing populations of newly independent and low-income countries to achieve at least basic health parity with their former colonial masters, a new approach was needed.

The key determinants of health–good nutrition, freedom from poverty and good health service access–required an emphasis on community-level care. The Alma Ata Declaration in 1978 saw this emphasis on primary care become front and centre of global public health, and of WHO’s agenda. This grass-roots health policy–local autonomy, community health workers and ‘horizontal’ programmes–remained the aim of health strategies in low-income countries to the end of 2019.

Meanwhile, however, fundamental changes were taking place within and around WHO. From around the year 2000, large private foundations became major funders of WHO, providing ‘specified’ funding for uses of interest to the donor. Rich countries also moved to determine WHO policy through directed funding. New global health institutions were set up in parallel; one, CEPI (the Coalition for Epidemic Preparedness Innovations) focussed on mass vaccination for epidemics that scare but impart a fraction of the long-term disease burden of endemic diseases, such as malaria, tuberculosis and HIV/AIDS.

How did WHO give up on its own ideals?

WHO found itself transformed from a country-based and population-based institution to one dependent on the (however well-intentioned) interests of the wealthy and their corporate interests. When the Swine Flu H1N1 pandemic occurred in 2009, the Council of Europe parliamentary committee already condemned the role of WHO in the panic buying of unnecessary vaccines and pointed to the influence of pharmaceutical funding in shaping this approach. Yet nothing was done to shift away from the influence of this stream of funding. The consequences of this increasing corporatisation of decision-making are stark in the response to COVID-19.

As we outline in our report, in December 2019, WHO published new research into dealing with pandemics (non-pharmaceutical interventions, or NPIs). In that report, specific mention was made of how different socioeconomic conditions needed to be borne in mind when addressing new infectious disease outbreaks. Indeed, the 2019 report authors note strong ethical considerations where there are large populations of migrant workers, such as in India. Local conditions are recognised to vary and to be important in influencing NPI measures.

Just two months later, however, WHO issued a new report following a one-week mission to Wuhan, following the outbreak of SARS-CoV-2. This February 24, 2020 report was co-authored by Dr. Wannang Liang of the People’s Republic of China and Dr. Bruce Aylward of WHO. It recommended the wholesale implementation of China’s completely new and aggressive virus suppression policy of lockdowns, in all countries regardless of circumstance–and regardless of the fact that the December 2019 report had made no mention of lockdowns at all. 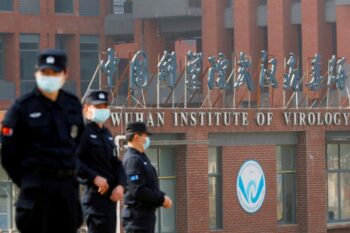 Security personnel keep watch outside the Wuhan Institute of Virology during the visit by the World Health Organization (WHO) team tasked with investigating the origins of the coronavirus disease (COVID-19), in Wuhan, Hubei province, China February 3, 2021. (Photo: Reuters/Thomas Peter/File Photo)

The bottom-up approach enshrined in WHO’s charter, and the source of previous pandemic control measures, was abandoned for a one-size-fits-all policy that was certain to destroy the lives and livelihoods of the world’s poorest people. Meanwhile the repurposing of off-patent low-cost drugs–previously a priority for low-income countries–received scant attention, and was even suppressed.

Since then corporate agendas have become central to WHO’s positioning on COVID-19. The WHO has abandoned cheap potential treatments for COVID-19 in favour of much more costly vaccines. In this regard, many readers of The Wire will remember the recent controversy where the WHO’s chief scientist, Soumya Swaminathan, tweeted to advise Indian nationals not to take ivermectin–and circulated advertising material from pharmaceutical giant Merck to back up the advice. The following month Merck received a $1.2 billion contract from the U.S. government to supply its own alternative treatment, molnupiravir, for COVID-19–showing a clear conflict of interest which led to a legal notice being served against Swaminathan by the Indian Bar Association.

WHO has thus fallen from the high ideals on which it was formed. It has now focussed on imposing the interests of corporations on the people who held it in trust. Abandoning its principles and its own guidelines, during the past 18 months, it has focussed on a single global response to a disease that extracts a very different toll in different countries according to wealth and age profile–countries where socioeconomic variables require a varied response.

To save itself, WHO will have to forgo the easy path of private funding and appeasing the rich. It will have to return to democracy, to advocacy for the mass populations it was designed to serve–and this will require a significant increase from member states in terms of core contributions. For a well-paid group of people concentrated in a comfortable central European country, that is going to take deep thought and a real strength of character.

David Bell is a clinical and public health physician with a PhD in population health and background in internal medicine, modelling and epidemiology of infectious disease. He was Director of the Global Health Technologies at Intellectual Ventures Global Good Fund in the USA, Program Head for Malaria and Acute Febrile Disease at FIND in Geneva, and coordinated malaria diagnostics strategy with the WHO.

Toby Green is a professor of African History at King’s College, London. His 2019 book A Fistful of Shells won a number of international literary awards. He is the author of The Covid Consensus: The New Politics of Global Inequality (Hurst & Co/OUP).