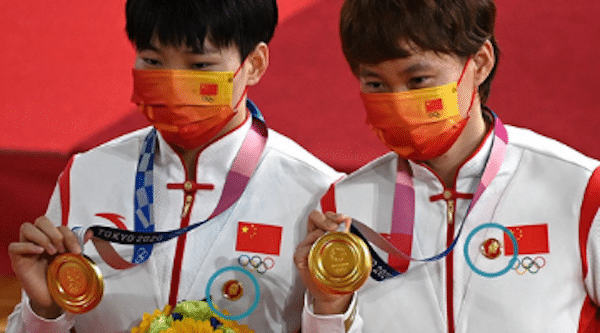 The United States trailed China in gold medals for much of Tokyo2020 but finished atop the medal count after the games concluded on August 8th. Despite the U.S.’s late success, Western media used the Olympics competition to target China with nonstop negative press coverage. Much of the coverage was overtly political and racist in character.

On July 29th, the New York Times’ Hannah Beech unleashed a series of racist tropes in her analysis of China’s model for sporting success. The article claimed China uses inhumane methods to prepare athletes for the Olympic games and directly compared these methods to “the Soviet model.” Words like “harvest” and “assembly line” stripped Chinese athletes of their humanity. Meanwhile Beech stated that “Beijing’s focus has been on sports that can be perfected with rote routines, rather than those that involve an unpredictable interplay of multiple athletes.” This is a familiar dog-whistle, leading readers of the New York Times to believe that Chinese citizens are akin to machines and lack the cognitive skill to compete in unpredictable team sports.

On August 2nd, Helen Davidson and Jason Lu of the Guardian centered their attention on Taiwan, China. The authors argued that Chinese Taipei’s gold medal victory over mainland China in the badminton competition was a case of “David” defeating “Goliath.” They allege that Chinese Taipei’s Olympic success strengthens the argument in favor of Taiwan’s independence from China. This blatant interference in China’s internal affairs should come as little surprise given the U.S. and the U.K.’s military support for the pro-independence Democratic Progressive Party (DPP) and the refusal of Western governments to condemn its emphasis on separatism and hostile relations with the mainland. Curiously, they fail to mention that the One China Policy is recognized by the vast majority of countries in the world, including the U.S. and U.K.

The politicization of the Olympics went far beyond the Western media’s biased coverage of China, however. In the months leading up to Tokyo2020, prominent members of the U.S. Congress such as Nancy Pelosi and Ilham Omar supported a call to boycott the Olympics over China’s alleged “human rights abuses.” The International Olympics Committee (IOC) took the politicization of the games a step further by investigating whether Chinese cyclists Bao Shanju and Zhong Tianshi violated the Olympic Charter’s rule against “political and religious” propaganda by wearing pins of Mao Zedong. Implementation of this somewhat ambiguous rule was selective, to say the least. For example, Tokyo2020 participants wearing Christian crosses around their necks were not subjected to any such scrutiny.

The IOC concluded that no punishment would be rendered to Bao or Zhong. However, punishment was never the purpose of the investigation. Its true purpose was to create a scandal that would provide a veil of credibility to racist and degrading Western media coverage of China. Western media outlets from the Guardian to the BBC responded to the incident by spreading Cold War messages that demonized Mao Zedong as a murderous dictator who “ruled with an iron fist.” Left out entirely was the perspective of the athletes themselves or any other Chinese citizen who would surely disagree with the assertion that the founder of New China – during whose tenure at the helm of the PRC, life expectancy increased from 36 to 67 – could be described as a “monster.”

The Western media’s racist coverage of China during Tokyo2020 is a byproduct of the U.S.-led (and Western supported) New Cold War. The New Cold War is a zero-sum game. Racist depictions of China justify the aggressive policies of Western governments and foster a hostile political environment similar to the one that existed during the Cold War of the 20th century.

It was during the first Cold War that Black American track and field athletes Tommie Smith and John Carlos engaged in their iconic protest at the 1968 Mexico City Olympics. Smith and Carlos received medals barefoot and raised their black glove-covered fists to symbolize the plight of Black Americans and their struggle for liberation from centuries of racism. What fewer remember is that Peter Norman, who hailed from Australia, expressed solidarity with Smith and Carlos by wearing the badge of the Olympic Project for Human Rights on the podium alongside them. Smith, Carlos, and Norman were all ostracized from the sporting establishment in their respective countries for standing up to racism and injustice.

Still, Peter Norman’s solidarity can be applied to Tokyo2020. The West used Tokyo2020 to spread racism against China, in particular those athletes who exhibited pride in China’s long journey from an impoverished semi-colony to an independent, socialist power and the world’s second-largest economy. People across the West who stand for peace and social justice should follow in the footsteps of Peter Norman. This would mean firmly standing with the Chinese people against the West’s racist propaganda and opposing the New Cold War against China spearheaded by Western leaders and institutions.