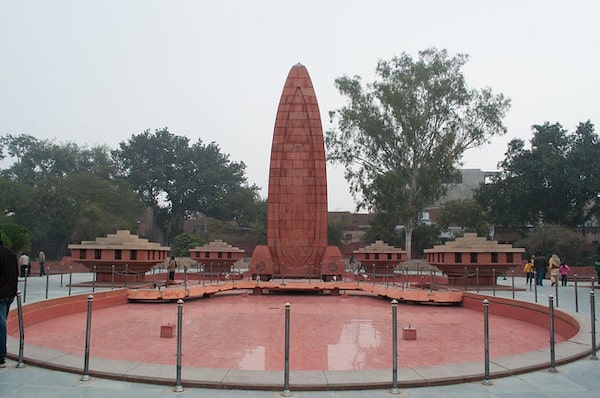 EVERYWHERE in the world people got vaccinated against the COVID-19 virus without having to pay a penny, but not in India. Everywhere in the world, historic landmarks that define a nation, that constitute the warp and woof of a nation’s consciousness, are held sacred and left untouched in their original shape, but not in India. Everywhere in the world, public assets that provide basic services, or cultural and educational services, to the people, are virtually free, but no longer in India. Behind this bizarre Indian exceptionalism is the Modi government’s peculiar agenda to turn everything into a commodity. Nothing is sacrosanct, nothing is hallowed, nothing transcends the market; everything is for sale.

Consider the three examples mentioned above. Earlier when private hospitals vaccinated people, they demanded Rs 250 for the service, which itself should have been avoided, but was at least small enough to be manageable. Now the private hospitals are being allowed to charge huge amounts, Rs 780 for Covishield, Rs 1,410 for Covaxin and Rs 1,145 for Sputnik V, because they no longer get these vaccines free from the government. By not giving them these vaccines, the government clearly wants to convert the vaccines into commodities.

Likewise take the Jallianwala Bagh “beautification” project. That tragic occurrence was a defining event in India’s anti-colonial struggle, and hence played a crucial role in the coming into being of a new India. The ground where General Dyer ordered his troops to shoot down peaceful demonstrators until he ran out of ammunition, is hallowed ground for every Indian, and should have been left completely untouched. For instance, in Goree island off the coast of Dakar in Senegal from where millions of slaves were transported to America, and which had brought tears to the eyes of Nelson Mandela when he had visited it years later, the buildings, the barracks, and the dungeons are left exactly as they were when those heart-rending shipments had occurred. But in India, the historic Jallianwala Bagh has been “beautified” by our upstart government, no doubt with an idea, wholly imaginary and misplaced, that this would attract more foreign tourists. Jallianwala Bagh in short is being made into a commodity, and the commodity aspect of it has taken precedence over its sacredness for the nation.

Exactly the same mentality was visible in the “beautification” of the original approach via a historic narrow road to the Viswanath temple in Varanasi, for which adjoining very old houses and many small temples were demolished in this ancient city. The idea was to make the Viswanath temple and its immediate environs easily accessible to the tourist, especially the foreign tourist; the idea in short was to convert the temple into a commodity.

And now, a range of public assets from railway stations, ports, airports to stadia and roads, are being sought to be “monetised” which means that they would be made into commodities in the hands of private operators. The finance minister has been arguing vehemently that “monetisation” is different from privatisation; but that is sheer sophistry. “Monetisation” means handing over the asset to private operators for a certain period; even if the asset comes back to the government at the end of that period (there will be a host of issues to be settled at that time regarding the value of investments made in the meantime by the lessee on the asset), it will presumably be handed back either to the same lessee or to someone else for a price. “Monetisation” then would be no different from sale for a sequence of short periods of time, instead of a once-for-all sale; but effectively it would be a sale nonetheless.

While this is so, what happens later is not the same in the two cases. The macroeconomic consequences of the private sector operating the public asset are far worse than those of a fiscal deficit, since the private sector that has leased in the asset, has done so only to make a profit on it; and for this, it would increase user charges, reduce the wage-bill on the asset’s operation, and so on. These measures amount effectively to a rise in the average profit-margin in the economy, namely to a shift from wages to profits. Since the consumption-to-income ratio of wage-earners is much greater than of profit-earners, this means, for any given level of overall investment, a reduction in the level of consumption, and hence aggregate demand. This mode of financing government spending therefore is less expansionary than either a fiscal deficit or a profit tax or a wealth tax as a means of financing government spending. In an economy saddled with massive unutilised capacity as well as unemployment, it is distinctly inferior. This is quite apart from the fact that the regressive income distribution it entails, is reprehensible in itself.

The absence of a fee, or charging at most a nominal fee, for the goods and services produced by such public assets is a reflection of the fact that the users are all equal, and hence co-owners of the asset in their capacity as citizens, on whose behalf the government nominally owns the asset. A large number of public assets therefore belong to the public domain, the domain of rights, and hence are meant to be enjoyed by all citizens on an equal footing.

This is an abridgement of democracy, the exclusion of large number of persons from public goods which they had enjoyed as a matter of right. The fact that such “monetisation” entails a regressive distribution of income is well-known and mentioned above; but alongside such regressive distribution it also means an abridgement of rights, the inability to use a road, the inability to enter a railway platform, which one enjoyed in an unrestricted manner till now. Every act of commoditisation entails such an exclusion, such a whittling down of the domain of citizenship; thus the present government is embarked on a commoditisation spree that would substitute economic apartheid in lieu of equal democratic rights for citizens.