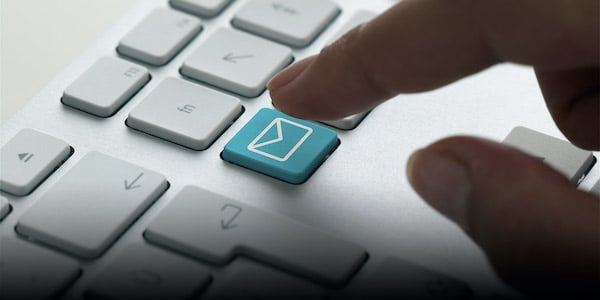 It’s no secret that the Chinese government harbors dreams of achieving a digital governance revolution. Over the past decade, authorities have steadily digitized many public-facing government services in a bid to both reduce bureaucratic costs and improve relations between government officials and citizens.

Policy implementation, economic modernization, and social conflict management remain the pillars of Chinese governance, but we shouldn’t overlook the Communist Party’s commitment to the “mass line”–which emphasizes maintaining close ties with the Chinese people–as a motivation for this shift. In addition to making it easier to file paperwork or process permits online, government bodies have invested in sites and platforms for canvassing public opinion and incorporating it into the policymaking process. The State Council–China’s equivalent to a Cabinet–has endorsed collecting online opinions and feedback as a low-cost, high-efficiency way to improve governance capacity, redress complaints, and conduct oversight of official misconduct.

This embrace of online platforms to bridge the gap between the party and the public can be traced back to the early 2000s, when most governmental agencies, from the prefectural to the national level, began establishing online platforms to provide public service announcements, publish important information, and respond to public requests. The trend picked up after 2008, when then-President Hu Jintao called for more proactive measures for consulting and responding to public opinion. Many local governments soon either established a website for public feedback or set up a column on an already existing government-affiliated website where residents could post their complaints, requests, and suggestions.

By 2010, reviewing online expressions of public opinion had become commonplace for party officials at all levels ahead of major policy decisions. In the past five years, however, monitoring and responding to public requests and opinions has become increasingly important, even for mundane matters. A notice sent by the State Council in 2016 made it clear that timely responses to public comments and suggestions would be considered an indicator of a local government’s capability to govern. In addition to mandating inspections and trainings on how to respond to public opinion, the State Council also required local officials to pay special attention to issues including any public misperceptions regarding major policies or incidents that could harm the public interest or social stability.

Today, most local governments have a specific office designated to handle online opinions. Often, this office is professional and run by staffers whose job it is to ensure that the requests make it to the relevant department. Because anyone can visit these government platforms and check on the progress of a petition, local governments are under more pressure to respond than in the days of opaque government hotlines. Whereas once, petitioners’ emails would frequently go ignored, higher-ups–and even the public–can now check the time stamps of when a request was submitted, transferred, and answered, leading to a fall in average response time from 100 days in 2011 to fewer than 50 in 2014.

That’s not to say officials attach the same level of priority to all requests, however. Instead, they often respond more quickly and provide more comprehensive answers to certain types of queries–the nature of which says a lot about how local governance works in China. For example, local governments are generally more responsive to individuals who have local household registrations, are party members, or who have connections to government or media outlets. This subset of the population is considered more influential and therefore more important to keep happy.

In my research, I also found that the manner in which an inquiry is drafted can affect the speed of response: Lengthy and negative posts are often subjected to longer wait times, while requests that are deemed more constructive to local governance receive higher priority. Other scholars have found that comments or proposals seen by officials as conducive to economic growth–always a key state priority–are more likely to receive a speedy response than social welfare requests.

The size of the government body in question also plays a role in how responsive it is to public opinion and citizen requests. For example, big cities often have a wide variety of channels for public requests, depending on the issue, while small cities often rely on a single forum to deal with all messages. This single channel approach can lead to a surge of requests and slower response times. Yet bigger isn’t always better. More intricate systems, while generally helping speed the response process, also create communication silos and potentially reduce public engagement in civic affairs.

For example, Chengdu, the capital of the southwestern province of Sichuan, has opened up multiple channels for citizens’ complaints and opinions in recent years. As a result, the number of monthly posts sent to the city’s “Mayor’s Mailbox” site–once a popular forum for opinions and “constructive” suggestions–has dropped from almost 1,000 to as low as 50. The number of posts made on the sole public opinion platform in the smaller nearby city of Luzhou, on the other hand, has steadily increased over the same timeframe, and is now more than 10 times its 2012 level. That platform currently resembles a sort of cyberspace public square where residents take part in their city’s public affairs; its participants are clearly more engaged and active than the few who still leave messages for the mayor in Chengdu.

Studies of Western societies often note that, while electoral pressure is a major motivator for pushing local officials to respond citizens’ requests; local officials in China have different incentives to listen and respond to citizens’ requests. One major motivator is top-down oversight. Local governments are subject to inspection and supervision from upper-level bodies, and the pressure officials feel to respond to citizens’ requests and opinions is tied to the fact that doing so has become a criterion on their performance reviews. There is also the ever-present fear that residents might tattle on them to upper-level officials if their requests are not properly dealt with.

That is not to say there is no bottom-up pressure at work here, however. If the local government ignores too many requests, the people’s simmering dissatisfaction could eventually result in collective action. Even if their motives are not entirely pure, many local officials in areas that have had success eliciting public complaints and opinions find that doing so is in fact a useful way to help them carry out policies, address misconduct, and improve local governance. The issues residents raise are often within local officials’ capacity to fix, and by showing a willingness to address these problems, they can reduce the potential for conflicts down the line.

Getting officials to understand this fact is crucial to the future of civic participation in China. By listening to people’s opinions and facilitating direct communication between officials and citizens, the Chinese government can convey the impression that their policies are publicly endorsed, and that citizens are unified behind the leadership. The rise of social media and opinion gathering platforms has made it easier than ever for citizens to make their opinions known. Whether officials can be convinced to pay attention depends on their willingness to acknowledge the importance of their constituents’ voices to effective governance.