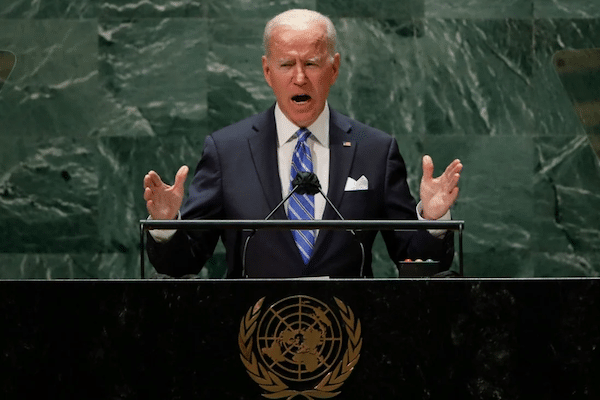 In first address to General Assembly, U.S. president says he “is ready to work with any nation that steps up and pursues peaceful resolution to shared challenges.” “We need to advocate peace, development, equity, justice, democracy and freedom, which are the common values of humanity,” Chinese president tells the UN

The leaders of the United States and China each pledged to the United Nations General Assembly on Tuesday that they would help press the fight against virulent pandemics and global warming–even as they offered vastly different visions of the world order.

U.S. President Joe Biden in his first address to the assembly, emphasised the need for rule-based systems to manage increasingly complex global trade and technology networks, fight economic coercion and battle “changes to territory by force”.