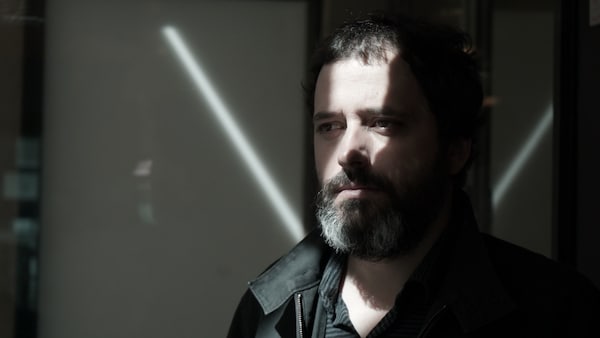 In his essay, researcher and filmmaker Alejandro Pedregal traces back to the early days of cinema. The new art form emerged during a capitalist era which had fundamentally altered our perception of time. How can cinema today challenge the hegemonic worldview of time produced by the capitalist society and reformulate alternative approaches to contest the current ecosocial crises?

Cinema emerged in an era in which accurately recording, standarizing and reproducing time was essential to the development of industrial capitalism. In previous–yet persistent–stages of capitalism, domesticating “the brute” or “the savage” (whether this was peasants, indigenous peoples or slaves) had been the key to accumulating the capital that served to propel the qualitative changes which led to the Industrial Revolution. Once this process had been developed and refined, domesticating the industrial worker became seminal to a profound historical move: modernizing the capture of the surplus value the workers produced, from an exploitation based on the extension of time worked, to one based on the intensive productivity of that time–even if, as economist John Smith has noted, today none of these two forms of exploitation, “separately or in combination, are on their own sufficient to explain … globalized production networks”. And thus, along with the great shifts in energy sources (fossil fuels, particularly), managerial organization and technology, among other things, measuring time with precision was seminal to achieve that enterprise.

As film scholar Mary Ann Doane noted, all sort of machinery was developed and improved for registering and homogenizing time in connection to the specific demands of capitalist modernity, transforming time into value according to “the logic of the monetary system.” Pocket watches spread quickly and served “the impulse to wear time.” Then, with the railways and telegraphy accelerating the rationalization of time by means of its global standardization, in 1884 the world would be divided into twenty-four time zones, after an international conference celebrated in Washington D.C. “The sheer speed of transportation and communication,” for the benefit of the commercial development of industrial capitalism, “worked to annihilate the uniqueness and isolation of the local.” This uniqueness would be substituted for another one; of globalizing and homogenizing features. Thus, when cinema emerged, “time became increasingly reified, standardized, stabilized, and rationalized.”

As a particular type of time machine, as “a grand archive of time,” cinema allowed people to see the record of time and participated, as Doane underlined, in a broader cultural reality meant for “the structuring of time and contingency in capitalist modernity.” As such, the “technological promise to capture time” opened the cinema to confront all sort of social and natural limits, from “the denial of the radical finitude of the human body” to the “access to other temporalities.” In collusion with capitalism’s ideological fetish for progress and infinite growth, the emergence of cinema was accompanied with stories and fables that would introduce and legitimize “the recognizable tropes of orientalism, racism, and imperialism essential to the nineteenth-century colonialist imperative to conquer other times, other spaces.” As did many other “technological promises” of the epoch, cinema served the shaping of time for capitalist modernity, in its case to see and imagine the conquest of other times and spaces, human and natural. Registering time for that matter meant domesticating contingency.

This process had been the result of a long shift in the very idea of time and history that had accompanied the relation of work to the formation of industrial capitalism. From linking economic life to the cycles of seasons in pre-capitalist societies (“task orientated” time) to the capitalist “timed labour”, constitutive of what historian Lucian Hölscher has called “the discovery of the future,” the dominating worldview had moved from the organic to the mechanistic paradigm: growth was endless, there were no limits to whatever the human aimed to do, history was linear, unavoidably moving towards progress. Nature had been a cage from which the inventive humankind was finally to be liberated. This rift from time with its natural cycles and restrictions, alongside the profitability inherent in capitalist logic, would mean in practice a severe disruption of the ecosystems and climate that had, for far too long, conditioned social life. Those obstacles had been finally overturned and domesticated. Additionally, this capitalist modernity was not–nor is still–a universal feature, but instead mirrored a very specific kind of human type: predominantly male, white, bourgeois. As such, capitalist modern time was also shaped along with the development of European imperialism, colonialism and racial supremacy that had been part of its very construction. Inscribed within this broad cultural scene, much of the emerging cinema also served these aims (as in the case of Thomas Edison’s Sioux Ghost Dance, for instance) and, to some extent, the new art naturally adopted linearity to its logic, a form of time representation that remains dominant even today.

Nonetheless, due to its popular potential, cinema has also been, from the beginning, the realm for plenty of cultural practices of contestation and resistance. Authors as radically different as Charles Chaplin (notably in Modern Times, 1936), Michelangelo Antonioni (particularly in Red Desert, 1964) or Harun Farocki (among other works, for instance, in Workers Leaving the Factory, 1995, and the project with Antje Ehmann, which started in 2011, Labour in a Single Shot), explored in diverse ways the consequences of this modern capitalist conception of time and its use and abuse within the social relations of humankind. In addition, during the long 60’s, in times marked by revolutionary movements against colonialism, neocolonialism and imperialism in the Third World, a series of counter-hegemonic cinemas associated with the notion of Third Cinema, predominantly in Latin America, offered an artistic practice radically examining aesthetics, the particular relationship of cinema with the spectator and the society of its time, and alternative modes of film organization, production and distribution, in order to challenge the inherited form of capitalist modernity in peripheral and subdued regions–in other words: a totalizing cultural challenge that interrogated the actual emptiness of the technocratic rationalization of progress.

Today, immersed as we are in the geological exceptionality of the Anthropocene, we could certainly ask what cinematic forms could provide us with a radical imaginative view with which to examine and expose the contemporary “accumulation of catastrophe” we live in, as environmental sociologist John Bellamy Foster has described the intertwined relationship between capitalism’s socioeconomic system and the resulting ecological disaster. Being the Anthropocene, among many other things, the devastating result of our conception of time shaped by capitalist modernity and its delusional fetishism of progress and growth, a cinema of resistance to this worldview is more necessary than ever to confront the unprecedented and cumulative ecosocial crises that threaten our existence on Earth as a whole. In this regard, as environmental activist Ian Angus has underscored, it is necessary to approach the contradiction between capital’s time and nature’s time, and how this affects our modern societies so deeply. As part of the worldview shift mentioned above–from organic to mechanistic—,the need of capital for rapid accumulation, circulation and expansion clashes with the slow cycles through which nature guarantees the sustainability of all its complex ecosystems. As social beings, humans–whose natural lifespan determines their understanding of all aspects of their social relationships–have acted differently in relation to time and nature depending on their particular social order. However, the specificity of capital, its need as an “autonomous subject”–to use the expression by Karl Marx–and its dominance on modern human societies, marks today our relation with time in general, stamping immediacy as an inexcusable must in our social lives.

Thus, again: how can cinema today challenge this hegemonic worldview of time and reformulate alternative approaches to contest the current ecosocial crises we accumulate as part of living in the Anthropocene? As interventions on the major primitive, most dramatic fractures caused by capital’s expropriation and exploitation (between city and country, core and periphery), narratives of colonization and decolonization serve to reflect on this rift between capital’s time and nature’s time, the acceleration from one to the other. These stories talk about the drastic shift between organic and mechanistic paradigms that has disrupted our metabolic link with nature in the empty name of progress and endless growth, with tragic consequences for all the expropriated and the exploited, especially the landless poor of “the darker nations” in the South, the indigenous, women and the oppressed in every corner of this globe. And in all these peoples, the question of land and territory, their link to it as the source of life–a link broken by the expropriative colonial and imperial rule imposed as part of the capital logic of accumulation, circulation and expansion–becomes seminal. In this regard, and among other recent works (such as Göran Olsson’s Concerning Violence, 2014, or Ana Vaz’s Apiyemiyekî?, 2019), Raoul Peck’s powerful film-essay Exterminate All the Brutes (2021) comes to mind.

The four part series Exterminate All the Brutes is perhaps the most elaborate work done in recent years on colonialism, imperialism and racial supremacy. Inspired by the milestones of radical history Exterminate All the Brutes by Sven Lindqvist, Silencing the Past by Michel-Rolph Trouillot and An Indigenous Peoples’ History of the United States by Roxanne Dunbar-Ortiz, Peck elaborates a complex collage of defiant aesthetics that serves to portray the origins of Western colonial arrogance and racial supremacy, from the devastating conquest of the Americas to the imperial configuration of U.S. history. Through a rich and surgical editing, his work combines reenactments that include estrangement techniques, with dramatizations of its main literary references, as well as others from Joseph Conrad; personal and professional memories through family footage and scenes from his previous works, with material from classic films informing on the colonial, imperial and racial imaginaries built and legitimized by cinema itself; historical episodes along with reflections on personal experiences; informative and critical archive footage, animation and motion graphics. Thus, Peck displays a palette of endless cinematic resources to build a particular form of historytelling that puts together multiple layers of temporalities, situating himself at the crossroads of history. Through all these elements, Exterminate All the Brutes disputes the infinite inconsolable ruptures within the bloodthirsty abstraction of homogeneous time inherent to the historical–and still existent–Western colonial-imperial projects.

This is a work that, as part of a broader cultural scene, requires us to rethink the possibilities of radical cinematic aesthetics when confronted by the current accumulation of ecosocial crises. Its bold proposal is seminal, today, to challenge the dominant temporalities used to narrate the relationship between society, nature and history. We are faced with the dramatic calls of the Anthropocene, which demands from us, more than ever, our observation, knowledge and action to “pull the emergency brake”–to paraphrase the late Walter Benjamin–before disaster strikes. In the middle of this critical junction in human time, Peck’s film-essay emerges as a must-watch, to learn from and then, act.

Read a longer version of the text from the MPI journal.

Alejandro Pedregal is a writer, filmmaker and lecturer at Aalto University, Finland.