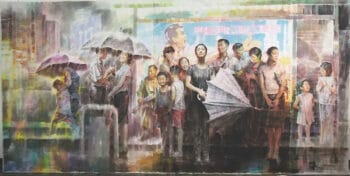 On 5 October, the United Nations Human Rights Council passed a historic, non-legally binding resolution that ‘recognises the right to a safe, clean, healthy, and sustainable environment as a human right that is important for the enjoyment of human rights’. Such a right should force governments who sit at the table at the UN Climate Change Conference COP26 in Glasgow later this month to think about the grievous harm caused by the polluted system that shapes our lives. In 2016, the World Health Organisation (WHO) pointed out that 92% of the world’s population breathes toxic air quality; in the developing world, 98% of children under five are inflicted with such bad air. Polluted air, mostly from carbon emissions, results in 13 deaths per minute globally.

Such UN resolutions can have an impact. In 2010, the UN General Assembly passed a resolution for the ‘human right to water and sanitation’. As a result, several countries–such as Mexico, Morocco, Niger, and Slovenia, to name a few–added this right to water into their constitutions. Even if these are somewhat limited regulations–with little incorporation of wastewater management and culturally appropriate means for water delivery–they have nonetheless had an immediate, positive effect with thousands of households now connected to drinking water and sewage lines. 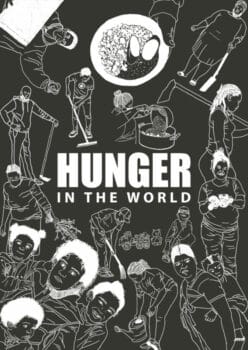 A major area of futility in our time is that produced by the roaring sound of hunger that afflicts one in three people on the planet. On the occasion of World Food Day, seven media outlets–ARG Medios, Brasil de Fato, Breakthrough News, Madaar, New Frame, Newsclick, and Peoples Dispatch–jointly produced a booklet called Hunger in the World looking at the state of hunger in countries across the world, how this was influenced by the COVID-19 pandemic, and what people’s movements have done to respond to this catastrophic reality. The closing essay features a speech given by Abahlali baseMjondolo’s president S’bu Zikode. ‘It is morally wrong and unjust for people to starve in the most productive economy in human history’, Zikode said. ‘There are more than enough resources to feed, house and educate every human being. There are enough resources to abolish poverty. But these resources are not used to meet people’s needs; instead, they are used to control poor countries, communities, and families’.

In the introduction to Hunger in the World, written by Zoe Alexandra and Prasanth R of Peoples Dispatch and me, we looked at the state of hunger today and how we got there, as well a vision for the future being created by people’s movements in the fissures of the present. Below is a brief extract from our introduction.

In May 1998, Cuba’s president Fidel Castro attended the World Health Assembly in Geneva, Switzerland. This is an annual meeting held by the World Health Organisation (WHO). Castro focused his attention on hunger and poverty, which he said were the cause of so much suffering. ‘Nowhere in the world’, he said, ‘in no act of genocide, in no war, are so many people killed per minute, per hour and per day as those who are killed by hunger and poverty on our planet’.

Two years after Castro made this speech, the WHO’s World Health Report accumulated data on hunger-related deaths. It added up to just over nine million deaths per year, six million of them children under the age of five. This meant that 25,000 people were dying of hunger and poverty each day. These numbers far exceeded the number of those killed in the 1994 Rwandan Genocide, whose death toll is calculated to be around half a million people. Attention is paid to the genocide–as it should be–but not to the genocide of impoverished people through hunger-related deaths. This is why Castro made his comments at the assembly. 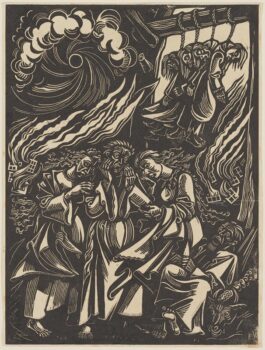 In 2015, the United Nations adopted a plan to meet certain Sustainable Development Goals (SDGs) by 2030. The second goal is to ‘end hunger, achieve food security and improved nutrition and promote sustainable agriculture’. That year, the UN’s Food and Agriculture Organisation (FAO) began to track a rise in the absolute number of hungry people around the world. Six years later, the COVID-19 pandemic has shattered an already fragile planet, intensifying the existing apartheids of the international capitalist order. The world’s billionaires have increased their wealth tenfold, while the majority of humankind has been forced into a day-to-day, meal-to-meal survival.

In July 2020, Oxfam released a report called The Hunger Virus, which–using World Food Programme data–found that up to 12,000 people a day ‘could die from hunger linked to the social and economic impacts of the pandemic before the end of the year, perhaps more than will die each day from the disease by that point’. In July 2021, the UN announced that the world is ‘tremendously off track’ to meet its SDGs by 2030, citing that ‘more than 2.3 billion people (or 30% of the global population) lacked year-round access to adequate food’ in 2020, which constitutes severe food insecurity.

The FAO’s report, The State of Food Security and Nutrition in the World 2021, notes that ‘nearly one in three people in the world (2.37 billion) did not have access to adequate food in 2020–an increase of almost 320 million people in just one year’. Hunger is intolerable. Food riots are now in evidence, most dramatically in South Africa. ‘They are just killing us with hunger here’, said one Gauteng resident who was motivated to join the July unrest. These protests, as well as the new data released by the UN and International Monetary Fund, have put hunger back on the global agenda. 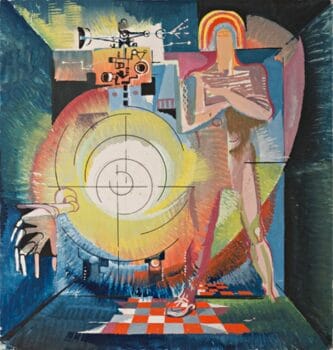 Numerous international agencies have released reports with similar findings, showing that the economic impact of the COVID-19 pandemic has solidified the trend of growing hunger and food insecurity. Many, however, stop there, leaving us with the feeling that hunger is inevitable, and that it will be the international institutions with their credit, loans, and aid programmes that will solve this dilemma of humanity.

But hunger is not inevitable: it is, as S’bu Zikode reminded us, a decision of capitalism to put profit before people, allowing swaths of the global population to remain hungry while one third of all food produced is wasted, all while liberalised trade and speculation in the production and distribution of food create serious distortions.

Billions of people struggle to maintain the basic structures of life in a system of profit that denies them the necessary social anchors. Hunger and illiteracy provide evidence of the crushing sadness of our planet. No wonder so many people are on the road, refugees of one kind or another, refugees from hunger and refugees from the rising waters. 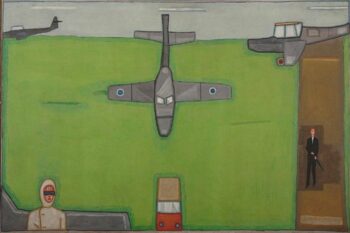 By the UN count alone, there are now nearly 83 million displaced people, who–if they all lived in one place–would make up the 17th most populous country in the world. This number does not include climate refugees–whose plight is not going to be part of the COP26 climate discussions–nor does it include the millions of internally displaced people fleeing conflict and economic convulsions.

In 1971, the Nigerian writer Chinua Achebe, rattled by the war in Biafra, published a poem called ‘Refugee Mother and Child’ in his 1971 book, Beware, Soul Brother. The beauty of this poem lingers in our wretched world:

No Madonna and Child could touch
that picture of a mother’s tenderness
for a son she soon would have to forget.
The air was heavy with odours

of diarrhoea of unwashed children
with washed-out ribs and dried-up
bottoms struggling in laboured
steps behind blown empty bellies. Most

mothers there had long ceased
to care but not this one; she held
a ghost smile between her teeth
and in her eyes the ghost of a mother’s
pride as she combed the rust-coloured
hair left on his skull and then – 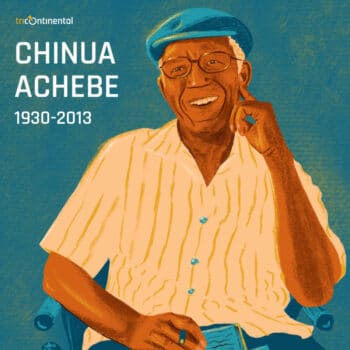 singing in her eyes–began carefully
to part it… In another life this
would have been a little daily
act of no consequence before his
breakfast and school; now she

did it like putting flowers
on a tiny grave.

The powerful look at the homeless and hungry in the countryside and cities of our planet with revulsion. They would prefer to be shielded from that sight by high walls and armed guards. Basic human feeling–which saturate Achebe’s poem–is suffocated with great effort. But the homeless and the hungry are our fellows, at one time held in the arms of their parents with tenderness, loved in the way we need to learn to love one another.