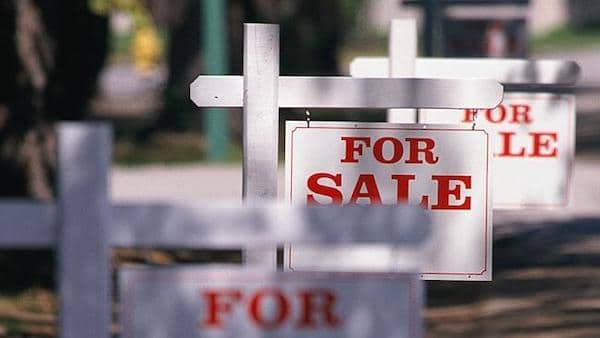 This is far from a “hot take”: financial wealth in the United States is highly concentrated, with most households, especially Black and Hispanic households, owning few financial assets. One consequence is that many Americans are likely to face a very challenging retirement. Sadly, if economic and social conditions remain as they are, we can expect to see an ever-growing number turn to for-profit crowdfunding platforms, like GoFundMe, for help in meeting expenses.

A recently published study by the National Institute on Retirement Security, a non-profit research and education organization, using data from the Federal Reserve’s Survey of Consumer Finances, paints a disturbing picture of the distribution of financial assets by generation, net worth and race.

The unequal ownership of assets

The distribution of financial wealth among Generation X households is also strikingly unequal. In 2004, the bottom 50 percent owned only 5 percent of total Generation X household financial wealth, while the top five percent owned 47 percent. In 2010, the respective numbers were 5 percent and 57 percent. In 2016, the share of the bottom 50 percent fell to 3 percent, while the top 5 percent share was 54 percent. The respective numbers in 2019 were 3 percent and 58 percent. In fact, according to Bond,

If anything, Generation X is a more unequal generation than the Boomers when measured at similar ages.

The distribution of financial wealth among Millennials is not as skewed as that of the other two cohorts, largely because Millennials benefited the most from the economy’s strong 2019 growth. Still, in 2016, the bottom 50 percent of Millennial households owned only 6 percent of their cohort’s total financial wealth, while the top 5 percent held 61 percent. In 2019, the respective numbers were 8 percent and 39 percent.

The Millennial generation is the most diverse of the three cohorts. In 2019, only 59 percent of all households were listed as white, with 18 percent Black, and 15 percent Hispanic. Still, that year, white Millennial households owned some three-fourths of all Millennial financial assets.

The following table, which shows median and mean comparisons, highlights the enormous racial gulf in the distribution of financial wealth for all three cohorts. 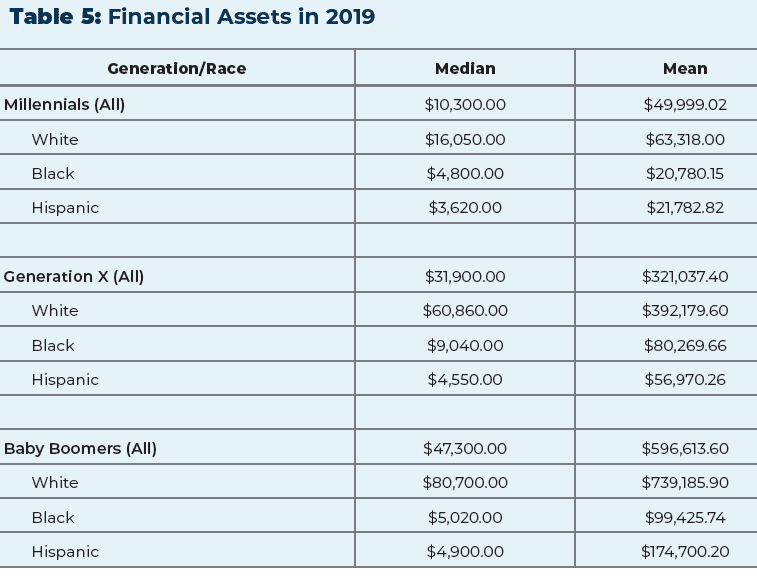 What can be done

The relative financial insecurity of the great majority of U.S. households, as highlighted above, reflects the broader inequalities of power that shape the workings of our economy. Thus, meaningful social improvement will require a significant transformation of both its organization and aims.

At the same time, there are things we can do now to improve the retirement prospects of most working people and, hopefully, advance the longer-term movement building effort required to achieve the needed transformation. Among the many possibilities, we can redouble our efforts to support worker struggles for higher wages, better health and retirement benefits, and unionization; implement a single-payer national health care system; and strengthen our social security system by, among other things, lifting the cap on taxable earnings and establishing a humane minimum benefit amount.