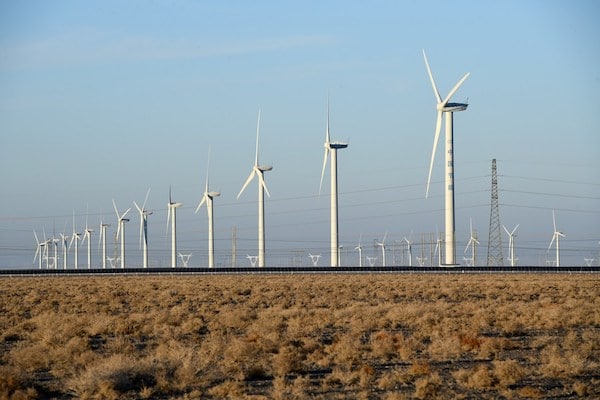 Facing the challenges of an aging energy infrastructure, Cuba is looking to new energy sources with help from the Belt and Road Initiative to strengthen its power production capacity and move away from fossil fuels.

The Latin American country joined the Belt and Road Energy Partnership, or BREP, in October. The program aims to strengthen connectivity in infrastructure and energy investments, and push for more clean energy and efficiency.

For Cuba’s energy system, participating in the BREP could be an important lifeline. The country’s energy infrastructure is aging, and 95 percent of electricity comes from fossil fuels, mostly from eight thermoelectric plants that are all more than 30 years old.

Cuba is one of many countries in the region aiming to switch to clean energy with China’s help. By 2030, the country’s goal is to generate 24 percent of its electricity from renewables. It will need substantial amount of investment for this to happen, and Chinese private and public companies are becoming the largest and main partners for the endeavor.

“Cuba, like so many other countries in the global south, faces both the basic needs of the population for access to electricity, as well as the global demands to transition to more sustainable energy sources,” said David Castrillon, research professor in international relations at the Externado University of Colombia.

It is in this context that cooperation with a country like China is so important, as China not only has the experience and expertise in developing these high-quality sustainable energies, but also the willingness to work hand in hand with other countries.

China has been sharing its energy production and renewable energy creation capabilities with countries in the Latin American region for the past decade. In the far south in Argentina, China will finance 85 percent of a nuclear plant to produce clean energy. The Industrial and Commercial Bank of China and China National Nuclear Corporation are involved in the turnkey project.

“China seeks to lead the shift toward clean energy and has been preparing the ground in Latin America for at least a decade,” said Diego Marcos, founding member of the Civil Association for Argentina-China Cooperation.

(China) has promoted change in the region’s energy matrix toward one that is less dependent on fossil fuels. Between 2005 and 2021 a greater proportion of investment has gone to energy projects, and some $80 billion has been allocated to this sector.

Victor Gao, chair professor at Soochow University in Jiangsu province, noted recently that China is a major power country in the world, especially in new and renewable energy like wind and solar. “And in this regard, China can definitely share its experience with Cuba in many ways, including very interestingly in oil and gas exploration and production,” he told CGTN America.

“Cuba is very geographically located in the middle of the Gulf of Mexico, and we believe that Cuba actually has large reserves in oil and in gas, but new and renewable energy will be more important because of the climate change impact.”

In May 2015 the Chinese Export-Import Bank approved a $60 million loan for Cuba to build a biomass plant, which Shanghai Electric took over in 2017. The plant is already connected to the national grid. It is just one small but significant step toward clean energy transition in the country.

Venezuela, Bolivia and Suriname have also joined the 31-member BREP.