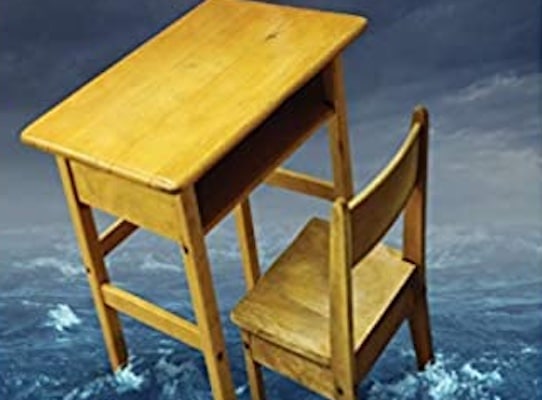 Economic and social conditions have been worsening for decades at home and abroad, especially in the context of the neoliberal antisocial offensive which was launched more than 40 years ago by the international financial oligarchy. But they have been getting even worse in recent years and over the past two years in particular.

Inequality, poverty, and debt, along with homelessness, unemployment, and under-employment are on the rise in an increasingly interconnected globe. It is no surprise that suicide, depression, illness, and anxiety persist at very high levels. There is an unbreakable connection between economic, social, and personal conditions. As economic and social conditions decline, so too do people’s mental, emotional, and physical well-being.

Below is a current snapshot of deteriorating economic and social conditions in the U.S. and elsewhere. The U.S. population currently stands at 332,403,650. The world population is 7,868,872,451.

Conditions in the U.S.

The number of Americans living without homes, in shelters, or on the streets continues to rise at an alarming rate.

After the longest period in history without an increase, the federal minimum wage today is worth 21% less than 12 years ago—and 34% less than in 1968.

[F]or seven months of 2021, workers have been quitting at near-record rates.

More than 4.5  million people voluntarily left their jobs in November [2021] the Labor Department said Tuesday. That was up from 4.2 million in October and was the most in the two decades that the government has been keeping track.

According to a report by UCLA’s Latino Policy & Politics Initiative, Latinas are leaving the workforce at higher rates than any other demographic. Between March 2020 and March 2021, the number of Latinas in the workforce dropped by 2.74%, meaning there are 336,000 fewer Latinas in the labor force

U.S. job openings jumped in October to the second-highest on record, underscoring the ongoing challenge for employers to find qualified workers for an unprecedented number of vacancies. The number of available positions rose to 11 million from an upwardly revised 10.6 million in September.

About 2.2 million Americans remain long-term unemployed — about 1.1 million more than in February 2020, according to the U.S. Bureau of Labor Statistics.

[I]n 2021, the Centers for Disease Control and Prevention estimated in November that more than 100,000 people died of drug overdoses in the first year of the COVID-19 pandemic, May 2020 to April 2021, with about three-quarters of those deaths involving opioids — a national record.

[Depression] has been rising for well more than a decade in teens and hiked further during the pandemic. And after a pandemic-induced spike, depression symptoms now plague more than a quarter of U.S. adults. More than 13% of Americans were taking antidepressants before Covid hit and during the pandemic, prescriptions shot up 6%.

Private health insurance coverage declined for working-age adults ages 19 to 64 from early 2019 to early 2021, when the nation experienced the COVID-19 pandemic.

Even as tens of millions of people were being pushed into destitution, the ultra-rich became wealthier. Last year, billionaires enjoyed the highest boost to their share of wealth on record, according to the World Inequality Lab.

Global wealth inequality is even more pronounced than income inequality. The poorest half of the world’s population only possess 2 percent of the total wealth. In contrast, the wealthiest 10 percent own 76 percent of all wealth, with $771,300 (€550,900) on average.

The pandemic has pushed approximately 100 million people into extreme poverty, boosting the global total to 711 million in 2021.

More than half a billion people pushed or pushed further into extreme poverty due to health care costs.

33% of Arab world doesn’t have enough food: UN report. The Arab world witnessed a 91.1 per cent increase in hunger since 2000, affecting 141 million people.

The 60% of low-income countries the IMF says are now near or in debt distress compares with less than 30% as recently as 2015.

According to a recent Gallup poll, 63 percent of Lebanese would like to permanently leave the country in the face of worsening living conditions.

25% of households in Israel live in poverty. www.middleeastmonitor.com

Turkey’s annual inflation rate is expected to have hit 30.6% in December, according to a Reuters poll, breaching the 30% level for the first time since 2003 as prices rose due to record lira volatility.

November saw inflation rise by 14.23 percent, building on a pattern of double-digit increases that have hit India for several months now. Fuel and energy prices rose nearly 40 percent last month. Urban unemployment–most of the better-paying jobs are in cities–has been moving up since September and is now above 9 percent.

Sri Lanka is facing a deepening financial and humanitarian crisis with fears it could go bankrupt in 2022 as inflation rises to record levels, food prices rocket and its coffers run dry.

Canadians’ optimism towards their financial health and the economy at large reached its lowest point in more than a year during the final work week of 2021, according to Bloomberg and Nanos Research.

Inflation is at its highest level in the UK since 2011.

The Resolution Foundation predicts higher energy bills, stagnant wages and tax rises could leave [U.K.] households with a £1,200 a year hit to their incomes.

Air travel in and out of UK slumps by 71% in 2021 amid pandemic. Report from aviation analytics firm Cirium shows domestic flights were down by almost 60%.

OECD predicts Latvia to have the slowest economic growth among Baltic States. 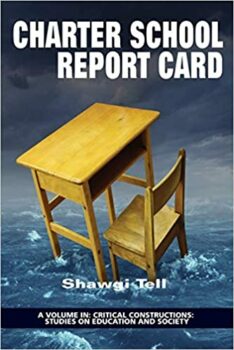 While deteriorating economic, social, and personal conditions define many other countries and regions, the main question is why do such horrible problems persist in the 21st century? The scientific and technical revolution of the last 250 years has objectively enabled and empowered humankind to solve major problems and to meet the basic needs of all humans while improving the natural environment. There are a million creative ways to affirm the rights of all safely, sustainably, quickly, and on a constantly-improving basis. There is no reason for persistent and widespread instability, chaos, and insecurity. Living and working standards should be steadily rising everywhere in the 21st century, not continually declining for millions. Objectively, there is no shortage or scarcity of socially-produced wealth to meet the needs of all.

Under existing political-economic arrangements, however, systemic instabilities and crises will persist for the foreseeable future, ensuring continued anxiety and hardship for millions. The rich and their political representatives have repeatedly demonstrated that they are unable and unwilling to solve serious problems. They are out of touch and self-serving. As a result, the world is full of more chaos, anarchy, insecurity, and violence of all forms. The rich are concerned only with their narrow private interests no matter how damaging this is to the natural and social environment. They do not recognize the need for a self-reliant, diverse, and balanced economy controlled and directed by working people. They reject the human factor and social consciousness in all affairs.

It is not possible to overcome unresolved economic and social problems so long as the economy remains dominated by a handful of billionaires. It is impossible to invest socially-produced wealth in social programs and services so long as the workers who produce that wealth have no control over it. Every year, more and more of the wealth produced by workers fills the pockets of fewer and fewer billionaires, thereby exacerbating many problems. Wealth concentration has reached extremely absurd levels.

It is extremely difficult to bring about change that favors the people so long as the cartel political parties of the rich dominate politics and keep people out of power. Constantly begging and “pressuring” politicians to fulfill people’s most basic rights is humiliating, exhausting, and ineffective. It does not work. No major problems have been solved in years. More problems keep appearing no matter which party of the rich is in power. The obsolete two-party system stands more discredited with each passing year. Getting excited every 2-4 years about which candidate of the rich will win an election has not brought about deep and lasting changes that favor the people. It is no surprise that President Joe Biden’s approval rating keeps hitting new lows every few weeks. People want change that favors them, not more schemes to pay the rich in the name of “getting things done” or “serving the public.” “Building Back Better” should not mean tons more money for the rich and a few crumbs for the rest of us.

A fresh new alternative is needed that actually empowers the people themselves to direct all the affairs of society. New arrangements that unleash the human factor and enable people to practically implement pro-social changes are needed urgently. All the old institutions of liberal democracy and the so-called “social contract” disappeared long ago and cannot provide a way forward. They are part of an old obsolete world that continually blocks the affirmation of human rights. This law or that law from this mainstream party or that mainstream party is not going to save the day. The cartel parties of the rich became irrelevant long ago.

We are in an even more violent and chaotic environment today that is yearning for a new and modern alternative that affirms the rights of all and prevents any individuals, governments, or corporations from depriving people of their rights. People themselves must be the decision-makers so that the wealth of society is put in the service of society. Constantly paying the rich more while gutting social programs and enterprises is a recipe for greater tragedies.