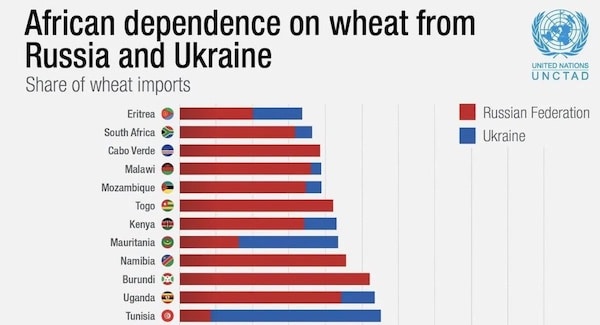 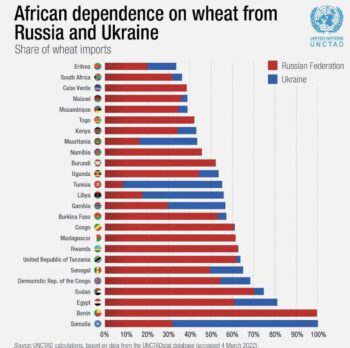 Russia and Ukraine are taking the first steps towards ending the war through direct and video negotiations. After the past four rounds, progress was registered between the negotiators, notwithstanding the continuous clanging of arms. Ukraine realised that the West was sanctioning Russia to weaken its economy without necessarily having any consequence for the ongoing war. Western countries were also ready to provide media support and weapons for the army to fight alone. In contrast, the Ukrainians thought they could drag the world into a much larger war against Russia. The battle will continue as long as officials in Kyiv remain unconvinced that negotiations are the only way to end the war. However, the devil is still in the details of the final agreement. Therefore, the military operations proceed, slowly but steadily.

“Ukraine was NATO’s junior partner, which played a dominant role in our country,” said Mykhailo Podolyak, a member of the Ukrainian delegation and advisor to President Volodymyr Zelenskyy’s chief of staff.

There is no doubt that the U.S. has been preparing, since the era of Barack Obama, for Ukraine’s entry into NATO, raising the readiness of the military forces, tripling the number of the army personnel and training it for the use of Western weapons. The U.S. provided Javelin anti-tank missiles and $2.7 billion in military assistance over many years. The amount significantly increased with the beginning of the war. Germany broke its long-standing foreign policy banning all lethal weapon exports to conflict zones. It delivered 1,000 anti-tank rocket launchers, 500 Stinger surface-to-surface missiles, Howitzers, armed vehicles and thousands of tons of fuel. Sweden, Finland, Denmark, Norway, Croatia, Slovenia, Italy, France, Belgium, the Netherlands, Portugal, the Czech Republic, Romania and Canada delivered thousands of machine guns, rifles and anti-tank weapons. Turkey provided the Bayraktar TB2 armed drone.

However, the fact that Ukraine remains outside NATO officially prevented the North Atlantic alliance from being involved in fighting the Russian forces–it is, however, indirectly. President Vladimir Putin made his military move before Kyiv’s membership acceptance in the alliance. Consequently, Ukraine forfeited its right to resort to the fifth article which requires the other NATO countries to defend Ukraine. Thus, this ongoing war prevented, so far, the outbreak of a third world war and a direct collision with Russia.

The U.S. and Europe have made every effort to separate Ukraine from Russia since 2004.It started with the U.S.-organised “Orange Revolution”–a sophisticated method used in Serbia, Georgia, Belarus and Nicaragua in four years by U.S. consultancies, pollsters, diplomats and NGOs–that failed to overthrow the regime in Kyiv at that time. The U.S. succeeded with the second well-organised demonstration in late 2013 through the “Euro-Maidan” revolution. The demonstrators succeeded in pushing then-Ukrainian President Viktor Yanukovych to flee the country for his refusal to sign an association agreement with the European Union. The deal was encouraged by then OSCE Chief Catherine Ashton in order to bring Ukraine further away from Russia.

A contact was leaked between U.S. Assistant Secretary of State Victoria Nuland discussing the future of the “Ukrainian revolution” with the U.S. ambassador to Ukraine Geoffrey Pyatt in 2014 and deciding who should rule Ukraine. The U.S. never liked the fact that Europe was “hesitant in picking a fight with Russia”. Nuland nominates and chooses the new Ukrainian officials in the government that will succeed Yanukovych and says that “the UN will help fuck the EU.” America was running the game on the European continent.

Ukraine is ranked as one of the most corrupt countries in Europe, which created ample room for outside influence to impose an external agenda on the country. Under President Barack Obama, Vice President Joe Biden was behind the removal of Ukraine’s Attorney General Viktor Shokin and boasted about how he twisted the arm of the Ukrainian authority by withholding $1 billion in loan guarantees. Shokin explained how he was forced to resign because he refused to stop a criminal investigation in which Hunter Biden, the Vice President’s son, was involved. The U.S. embassy in Ukraine warned Washington about Biden’s involvement that “curtailed anti-corruption efforts.”

The U.S. was all over Ukraine, determined to prepare the country to take on Russia and drag Europe behind U.S. policy, even if it went against EU interests. Turning Kyiv on its side was not enough for Washington. The U.S. needed to complete its provocation by starting military training and arming in Ukraine and financially supporting the Ukrainian front against Russia. President Putin found his options limited and decided on February 24 to wage war against the U.S. expansion in Ukraine.

More than three weeks of military developments in the Ukrainian army theater have indicated that President Putin is determined to achieve his goals, regardless of the consequences. Russia is expected to announce that its objectives have been achieved at the end of the military operation, and after Ukraine surrenders sign the final treaty. Russia bears human losses for the sake of its ultimate goal and accepts the losses in replaceable armaments. In fact, after the U.S., Moscow is the world’s second arms manufacturer: it exports arms to more than 45 countries, including ammunition to the United States of America.

Russia demands that Ukraine agree to:

1. Non-affiliation to NATO;
2. The withdrawal of heavy weapons from Ukraine and the limitation of the number of the armed forces to fifty thousand soldiers;
3. The protection of the Russian language as the second official language of the country;
4. The obligation to ban any form of Nazism, including the Nazi Azov battalion that is part of the Ukrainian security forces;
5. The recognition of the independence of Crimea;
6. The establishment of an independent and autonomous Donbass (Donetsk and Lugansk);
7. Declaring Ukraine a neutral country following the model of Finland;

Russian officials say they have no objection to having other parties as guarantors, such as Turkey, to witness and oversee the agreement once reached with Ukraine. They also add that the two sides have reached the halfway point in the negotiations, and that more dialogue is needed in the coming days. Once reached, the final agreement will be preceded by a meeting of the two countries’ foreign ministers before the meeting of Presidents Putin and Zelensky organized for signing the new treaty that France has encouraged.

It is a surrender document that Russia requires to ensure that Ukraine does not pose a threat in the future and that the project of its membership in NATO has been sustained for an extended period. President Putin also intends to send a message to Georgia, the second country that NATO was preparing to include in its club of 30 states.

Neither the Budapest Memorandum signed in December 1994 nor the Minsk agreement of September 2014 were enough to convince Ukraine to solve its problems with Russia without a war. The Russian bear has shown its claws under the heading of defending the country’s security and blocking NATO expansion. The war will not end until the current and ongoing negotiations are over and Moscow is confident that the danger has been removed from its borders.

However, as with any final signing of an agreement that must occur after every war, it is crucial that the superpower countries sit around the table to resolve their problems and find appropriate solutions for the security of the world. The final political and military decision in Ukraine is expected to change hands from the U.S. to Russia: but that is no longer for Kiev to decide.

Elijah J. Magnier is a veteran war correspondent and senior political risk analyst with over three decades of experience