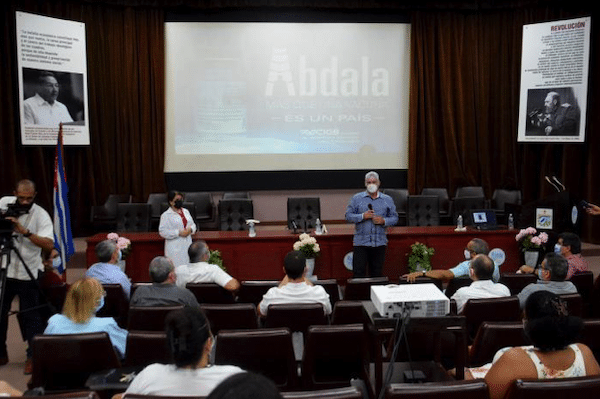 A three-dose regimen of the Abdala candidate vaccine has demonstrated an efficacy of 92.28 percent, placing it well above the World Health Organization (WHO) requirement of at least 50 percent, to be recognized as an anti-COVID-19 vaccine.

Over the course of 48 hours, from Saturday to Monday, Cuba, a small, poor country, has shaken the world, noted Party First Secretary and President of the Republic Miguel Díaz-Canel Bermúdez, in a meeting, yesterday afternoon, with researchers at the Center for Genetic Engineering and Biotechnology (CIGB), where Abdala was developed. 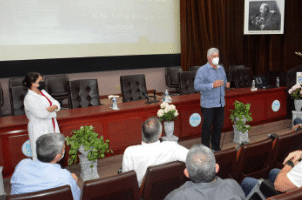 The President decided to meet with the scientists after learning about the efficacy analysis of Abdala at Monday’s meeting of the government’s COVID-19 prevention and control group.

He had visited the Finlay Vaccine Institute on Saturday, after learning that its Soberana 02 candidate vaccine, with just two doses, had demonstrated 62% efficacy – without a third booster dose of Soberana Plus, which should produce an superior response.

Abdala’s efficacy places it among vaccines with the best results in the world, which have all been produced in the principal laboratories of the most developed countries with financing of hundreds of millions and billions of dollars, something that for Cuba is impossible, even more so given the tightening of the economic, commercial and financial blockade during the pandemic.

Dr. Marta Ayala Avila, CIGB director, explained that efficacy is the most important objective of any vaccine. “It is its effect in real life,” she stated. 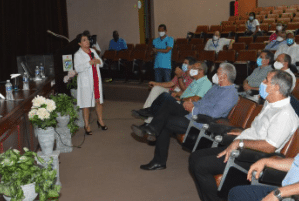 In presenting the findings, she highlighted the work of the teams of scientists who conducted Phase I/II and III clinical trials in Santiago de Cuba, Bayamo, Guantanamo and Havana, and thanked the 48,000 volunteers who participated in the study.

The final analysis of Abdala’s efficacy in preventing symptomatic cases of COVID-19, which was conducted by an independent group led by the Institute of Cybernetics, Mathematics and Physics, showed not only a response to the initial strain of SARS-CoV-2 (DG614G), but also the Alpha, Beta and Gamma mutations, she explained.

Dr. Ayala recalled that the clinical trial included a placebo group and a vaccinated group, with three administrations over a period of 0-14-28 days. She noted that the studies continue, that new evaluations and conclusions will continue to be drawn. 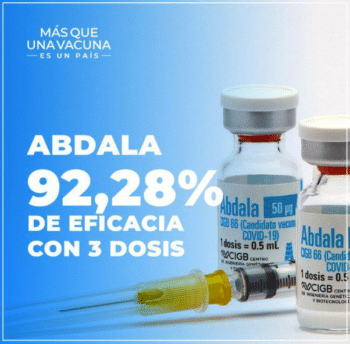 She also highlighted the work of the Immunoassay Center, AICA Laboratories and other scientific centers, as well as t Public Health workers, who conducted a rapid, high quality vaccination process, difficult to achieve in other countries around the world.

After listening to the findings, the First Secretary commented,

One feels proud to be Cuban and to have compatriots like you.

The results are really impressive, he reiterated and recalled the early days of the pandemic, when “I was convinced that poor countries were not going to have access to vaccines within a short period time, that the rich world was producing to prioritize the rich.”

This is why I asked our scientists (to assume the task), with the conviction, with the certainty that we could do it, that it was necessary to have Cuban vaccines to be sovereign in this situation, as well.

We, he added, are among the few who, having the vaccines to resolve Cuba’s problems, are thinking about how, with these same vaccines, we can solve the problems of millions in the world, and above all of the millions who have less and live today in tremendous uncertainty caused by the disease.

“On behalf of Cuba, congratulations,” Díaz-Canel concluded, thanking the CIGB researchers who have worked on the creation of Abdala, meeting the highest standards as an anti-COVID-19 vaccine.