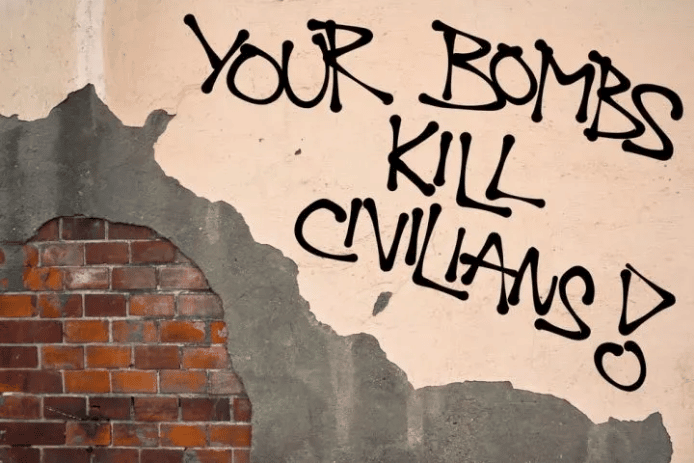 Thank you so much for having me; it’s a great honor to be included in this important event to celebrate CovertAction Magazine as an essential publication to educate the masses about the extensive crimes of the Empire. For 44 years CovertAction has shined a crucial light on the sinister depths the United States and its collaborators will go to enforce capitalism’s world order at the expense of tens of millions of lives.

Time and again, CovertAction Magazine(originally founded as CovertAction Information Bulletin) has been one of the only publications that has been willing to tackle some of the most uncomfortable truths about Deep State crimes against democracy, from CIA backed political assassinations to false flag operations. It’s been in the trenches for decades, unearthing the stories that the operatives and servants of the Empire want long hidden. And in this new era of digital censorship and crackdown on dissidents, we need to support its work more than ever.

The National Security Act of 1947, which birthed the Central Intelligence Agency, defines ‘covert action’ as, “an activity of the U.S. Government to influence political, economic, or military conditions abroad, where it is intended that the role of the U.S. Government will not be apparent or acknowledged publicly.” It states that this expansion of secret warfare would include mass propaganda, paramilitary operations and lethal force against anyone it deems a threat.

This was two years after the United States dropped two nuclear bombs on the civilian populations of Hiroshima and Nagasaki, cementing it’s position as the global hegemon at the end of World War Two. And even though it would long continue to advance its imperial ambitions through open military aggression, brutal coups and devastating wars, it understood it needed to foster another tentacle of control—one immune from scrutiny. These unaccountable intelligence agencies have committed horrific atrocities in our names ever since, with plausible deniability.

Empires in the past were very open about their conquest while putting masses of people under their control. We are going to take over your land, become the new governors of your system and subjugate you as slaves. There was no shame about colonization in times of feudalism and colonialism. The United States even used to be proud about its imperial ambitions. As its territorial empire expanded, U.S. politicians wanted to rename the country Imperial America, because the term United States no longer made sense based on the land it controlled.

But throughout the 20th century all of this changed. Mass consciousness exploded. People yearning to be free threw off their chains. Waves of anti colonialism and revolution swept through the world. Those at the reigns of power had to adapt quickly. You could no longer be a proud empire. Countries like the U.S., Britain, France had to contrast themselves with the burgeoning socialist and independent countries that showed there could be a different way. They had to insist that communism was a totalitarian evil that threatened freedom, and that they were the true leaders of liberty and democracy.

Throughout the decades, what could only be described as sheer barbarism was committed from Vietnam to Chile, killing tens of millions to stave off any semblance of sovereignty, to obliterate the hope of any other country paving their own future, their own path, independent of the death grip of the U.S. Empire. Much of this was done through the insidious mechanisms of the CIA. When mass propaganda efforts failed, when economic and political subversion failed, they would send in the jackals, take out the leaders and install the puppets that would bow to the dictates of multinational corporations.

Brutal terrorism was unleashed on entire countries by U.S. backed and trained right wing deaths squads that targeted poor people, peasants, farmers, students, all in the name of fighting communism. Most of this history remains untaught, unknown and vastly underreported.

CovertAction Magazine’s co-founder and ex-CIA officer Philip Agee was horrified by one of these operations carried out in Mexico known as the Tlatelolco massacre, where CIA backed snipers opened fire on unarmed protesters, killing hundreds in a crackdown against any political opposition to the U.S. backed ruling party. He left the agency for good and exposed the great lengths the agency had gone to plot psychological and paramilitary terror against communist students at Mexico’s universities. His work from there out became an invaluable asset to shape our understanding of CIA crimes.

During the Cold War, they were very open about the threat communism posed to their economic domination. But the Empire became more sophisticated to survive in a changing world, so it began to cloak its goals in the doublespeak of “humanitarianism” and “liberal interventionism,” using NATO to bomb Kosovo for human rights, and kill half a million children with sanctions in Iraq to advance democracy. It poured billions of dollars into CIA cutout agencies like the National Endowment for Democracy (NED) and USAID to foment regime change in countries like Cuba and Venezuela. Even NED cofounder Allen Weinstein admitted back in 1991 “A lot of what we do today was done covertly 25 years ago by the CIA.”

But the growth of the Empire stagnated. And at just the time when the U.S. wanted to deploy it’s new imperial project of military conquest across the Middle East and beyond, to reinvigorate and rebuild it’s immense military apparatus and national security state, came 9/11, the greatest gift they ever got.

Just in the last two decades, the never-ending horror unleashed from the War on Terror has forcibly ejected up to 84 million people from their homes worldwide, according to the UN. That’s more than the populations of Iraq and Afghanistan combined. And while reports from the Costs of War claim that only one million people have been killed as a result of direct fighting in these arenas, The Geneva Declaration on Armed Violence and Development describes that for every direct death in war, the burden of indirect deaths is between three and 15 times higher, due to the destruction of public health infrastructure, economic decimation and lack of access to basic services.

So just how many have been killed, how many disabled? How many whose lives have been changed forever from the trauma, PTSD, the loss of family, friends? All incalculable and incomprehensible. It has been said that the death of one is a tragedy, and the death of a million a statistic. And this couldn’t be truer when we think about such profound loss.

Despite all of this, the U.S. empire has gone through a complete rebrand in a post 9/11 world. It tries to hide the fact that it even is an empire. Very little Americans even know of its vast expanse of 1,000 military bases around the world, and what those bases do to destroy the people and planet they are imposing upon. The CIA’s crimes are looked at as a “thing of the past.” They don’t do those things anymore. Instead, they do the necessary counterintelligence to fight terrorism, and keep us safe. These agencies are good and deserve our reverence and respect.

Privileged Americans are clueless that these wars not only continue, but have expanded. A recent Costs of War study reveals U.S. “counterterrorism” operations have been active in 83 countries in the last three years. And today the U.S. doesn’t even have to militarily engage as it relies mostly on the covert hybrid warfare of mass propaganda and economic control through the use of sanctions, what they call “soft power”. But they kill just the same as conventional war, with barely any media coverage or political accountability.

After 9/11 this system of financial weaponry grew with extreme precision. From 2000 to 2021, the use of sanctions have increased nearly 1,000%, with leaders from both parties using them as the primary method to force countries to fall in line. According to Sanctions Kill, U.S. sanctions now affect a third of humanity with more than 8,000 measures impacting 42 countries.

The media had to adapt to the changing nature of the Empire too. The institutionalization of covert action gave rise to a sophisticated global propaganda machine that sells the stories of America to every child and ingrains militarism and capitalism as our religion. It conditions the masses into accepting and even being proud of our role as Empire babies, overseeing mass murder, normalizing the daily violence and subjugation of others.

The corporate domination of our media manufactures our consent to these crimes while offering the illusion of choice and freedom of press. It used to be nearly impossible to break through the information barrier of the elite stenographers. But CovertAction Magazine and others have been on the front lines chipping away, exposing the ugly truths that show what this country really is, and what it really represents.

The internet advanced this education, and terrified the establishment by allowing average people to uplift their own narratives. This is why we are seeing a new wave of censorship take root. Censorship by proxy. They are Silicon Valley tech overlords to outright ban unsavory viewpoints, algorithmically erase investigative journalism, marginalize dissenting voices, and financially strangle outlets that don’t toe the line. This prohibition of views and curation of our reality is for our own good, they say.

We see how powerful the sway of the messenger is when it comes to issues like Russia’s war in Ukraine, how it can cultivate collective outrage overnight, to make war a uniform horror, a reality everyone is stunned by. But for those of us paying attention, we know that war is a permanent state. And those who subsidize and control the message, the arms industry and the Pentagon chiefs, will not tolerate a modicum of truth about our wars, our crimes, our human rights abuses.

That is why we must band together in this new age of repression, to unite and lift up each other’s voices and reporting. We have to use the tools available to us while we still can to educate those who will listen, to organize an actual resistance to the Empire. This is why CovertAction Magazine is such a necessary arm of this resistance movement and why it must be promoted and financially supported. We cannot rest until we educate enough people to force our government to lift its death grip on humanity.