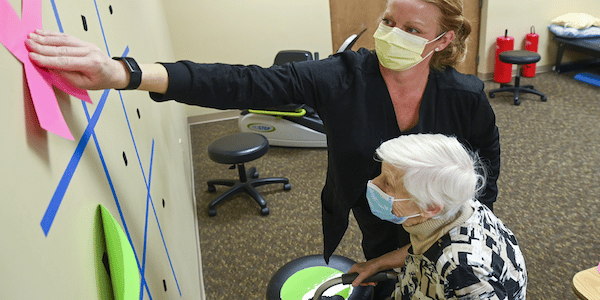 Weeks after Congress preserved a tax loophole for private equity billionaires and gave private equity firms a separate new tax break, new data show that those firms are hiding their stakes in nursing homes, even as those Wall-Street-owned facilities yield higher death rates. Another recent study suggests private equity ownership can also leave patients facing larger health care bills when they see a doctor for a variety of medical issues.

The findings raise a big question: Why do lawmakers give special legislative goodies to these predatory businesses, when their deceitful business practices and price gouging routinely deliver disastrous outcomes for the country’s most vulnerable?

Democrats’ 2010 health care law, the Affordable Care Act (ACA), directed the Health and Human Services Department to institute guidelines to require nursing home ownership disclosure, but more than a decade later, those provisions have yet to be implemented. As a result, potential and current residents are often unaware that their nursing home is owned by a private equity firm. While funds from public programs like Medicare and Medicaid constitute a vast majority of nursing home revenue, the general public has little insight into which firms are profiteering off of their tax dollars while skimping on care.

“It’s sort of like a combination of the worst of capitalist impulses capitalizing on the best of public generosity,” Taylor Lincoln, research director at Public Citizen and author of the study, told The Lever. “And that generosity is not meant to enrich nursing-home-owners who fail to fulfill their duty to their residents.”

Private equity activity in the health and elder care spaces has ballooned over the last decade, at the expense of patients’ financial and physical wellbeing. In 2021, private equity firms closed 515 health care-related investment deals, up 36 percent from the prior year, with an average deal value increase of 134 percent, according to Bain & Company. This brought the total disclosed value of private equity deals in health care to $151 billion, more than doubling 2020’s total value of $66 billion.

Price gouging in for-profit health care and end-of-life care, thanks in part to private equity greed, has left older Americans struggling to make ends meet. A recent poll from Gallup found that basic needs such as meals, clothing, and utilities are being neglected to a varying extent by elderly Americans, due to corporate and private equity profiteering. An estimated 23 million people 50 years of age and older reported avoiding medical care due to cost in the three months before the poll was conducted.

Now, more than a third of adults 65 and older worry they won’t be able to afford medical services next year. Nearly half of Americans aged 50 to 64 (currently ineligible for Medicare) report feeling similarly.

“This puts nearly 50 million adults aged 50 and older at risk for more severe illness and even death due to the cost of health care,” according to Gallup.

The Biden administration is attempting to lower some of these costs through its limited prescription drug provisions in the Inflation Reduction Act, but patient advocates are still awaiting administrative actions promised by President Joe Biden in his State of the Union address earlier this year.

In the meantime, the political action committees for private equity and investment firms have so far donated more than $700,000 to congressional candidates this election cycle, according to analysis by OpenSecrets.

“They’re Siphoning Money Away From Care”

While the private equity industry is muscling into the elder care space, they aren’t being public about it.

The report identified 13 private equity firms with nursing home holdings, only seven of which were found in federal tracking bases despite some having major investments and severe quality of care issues. For example, even after acquiring at least 136 nursing homes since 2016, the Portopiccolo Group, a self-described private equity firm, doesn’t appear in any federal nursing home ownership database. The group’s facilities have been found to be especially negligent, according to the report.

“At a 160-bed facility in Salisbury, N.C., 168 residents and staff contracted COVID in the first six months of the pandemic, resulting in 18 deaths. At a Harrisonburg, Va., facility, 78 out of 81 residents tested positive in April 2020, shortly after the facility held a dance party while the pandemic was raging. By August 2020, residents at that facility had died of COVID. A facility in Mayfield, Ky., suffered at least 107 Covid cases and 23 deaths,” the report said of various Portopiccolo facilities. The group also has been the subject of damning exposés by the Washington Post and the New Yorker.

One of the quickest ways private equity firms reap profits off their initial investment in nursing homes is through staffing reductions. Charlene Harrington, an expert on the nursing home industry and Professor Emeritus at the University of California, San Francisco, told The Lever staff cuts can initially reduce costs by nearly $1 million in some nursing homes.

The Biden administration has expressed an intent to establish a minimum staffing level for nursing homes, but has yet to implement one. Currently, there are only suggested recommendations, but Harrington found, in a study with another researcher, Elizabeth Halifax, that 95 percent of nursing homes fail to meet all recommended staffing levels.

“It’s partly the fault of the government because they didn’t set standards. They didn’t set staffing minimums,” Harrington said. “And then [nursing homes] keep the wages down at the minimum. So then they turn around and complain to the government and say, ‘We need higher [Medicare] rates because we can’t hire people.’ But they can’t hire people because they’re paying minimum wage. And even during the pandemic, we didn’t see wages go up that much. So they’re just not investing in the staff. They’re just trying to get away with the absolute minimum.”

Harrington shares Lincoln’s concerns over a lack of financial transparency. Ideally, nursing homes should spend most of their revenue on staffing and care, but that isn’t always the case. The ACA mandates publicly available Medicare nursing home cost reports so that potential residents, researchers, and regulators can see where public money is going, but as Harrington pointed out in a February 2021 study, they are rarely audited and there is no punishment for failing to submit a report.

“So these companies, instead of spending the money that the government is giving them for the care, they’re hiding it, they’re siphoning money away from the care and putting it into all their related companies,” said Harrington. “So you can’t trace it.”

In August, Pennsylvania became the fourth state to adopt laws regulating how much nursing homes must spend on direct care, limiting runaway profiteering—joining New York, New Jersey, and Massachusetts in passing such laws. Nursing homes in Pennsylvania and New York are now required to spend at least 70 percent of their annual revenue on resident care. In Massachusetts, it’s 75 percent and in New Jersey, 90 percent of revenue must go to direct care.

In states without these laws, Harrington said the profits can be as high as 70 percent of the nursing home’s annual revenue.

An “Increasingly Robust And Disturbing Body Of Research”

There’s a vital reason that the public should know which facilities are owned by private equity: Such ownership can have poor, and in some cases devastating, consequences.

An “increasingly robust and disturbing body of research,” in the words of the Long Term Care Community Coalition, has definitively concluded that private equity ownership leads to increased costs, higher rates of hospitalization, and lower quality of care. Another report last year found more than 20,000 Americans died as a result of living in private-equity-owned nursing homes. Consequently, Medicare patients in private-equity-owned facilities saw a 10 percent higher short-term mortality rate.

Beyond nursing homes, there could also be risks associated with private equity-owned medical facilities. In another recent study, published in the Journal of the American Medical Association (JAMA), researchers from Johns Hopkins University, Harvard University, and the University of Oregon found that private equity ownership of dermatology, gastroenterology, and ophthalmology practices resulted in a statistically-significant finding of a 20 percent increase in charges per claim after a private equity firm acquired a practice.

Analysis by Kaiser Health News found that, in the subspecialty of ophthalmology, “sixteen of the 25 private equity firms identified by industry tracker PitchBook as the biggest health care investors have bought stakes in optometry and ophthalmology practices.” Ophthalmologists that had private equity investment were found to be much more likely to prescribe high-cost treatments than their counterparts without similar investments.

“For-profit corporations are increasingly acquiring health care organizations such as hospitals, physician practices, and nursing homes,” said Yashaswini Singh, a PhD Candidate at Johns Hopkins University and co-author of the JAMA study. “Given [private equity]’s high-powered incentives to deliver returns for investors, and short investment horizon of three to five years, there is concern that growth in [private equity] ownership of health care providers will result in prioritization of short-term profitable service lines, provision of unnecessary services, or reduced access for low-income patients.”

Singh added, however, that some of these added costs and services could also translate into improved care. “Such acquisitions can increase welfare by improving managerial processes and standardizing care: for example, there is some evidence of quality improvements following [private equity] acquisitions of hospitals,” she said.