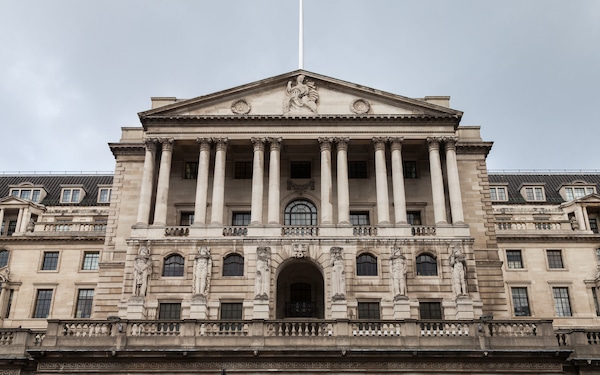 It is also untrue for two other reasons. First, this acceleration predates the Ukraine war. The annual inflation rate, compared to the previous year, was 1.3 per cent in 2017, 1.5 per cent in 2018, 1.3 per cent in 2019, and -0.3 per cent in 2020. It increased to 5 per cent in 2021, well before the Ukraine war had begun. Second, the acceleration that had occurred even before the Ukraine war, was not so much because of any actual shortage of goods, as because of a jacking up of profit-margins, and hence prices, in anticipation of possible shortages that were expected to arise as the capitalist world began recovering from the pandemic-induced stagnation. Even the acceleration in inflation that is occurring now is not a reflection of the increase in “market clearing prices”, owing to shortages caused by war, and sanctions imposed in its wake against Russia; it is more because of the rise in profit-margins, and hence prices, in anticipation of shortages.

An example makes this point clear. Slovakia whose prime minister has warned that its economy is on the verge of “collapse” because of rising electricity costs, has threatened to nationalise the country’s power supplies, according to the Financial Times of September 28; the reason for this threat was that its biggest energy provider had decided to sell off excess power to energy traders early in the year but these traders are now offering to sell the contracts back to Slovakia at five times the price they had paid. Obviously it is not as if the “market clearing price” has gone up anywhere near five times in the interim; it is because the energy traders are taking advantage of the situation to jack up their profit-margins inordinately.

This acceleration of inflation is going to continue as winter approaches. Some even predict that the European Union will see inflation rates going up to as high as 20 per cent in the coming months, especially as the euro, like most third world currencies, is depreciating against the dollar: since the international prices of energy are fixed in dollar terms this further adds to the rise in energy prices in Europe. The blowing up of Nord Stream 1, the gas pipeline from Russia to Western Europe, which many believe to have been the handiwork of the United States, and which the U.S. significantly has seen as the opening up of a “tremendous opportunity”, is likely to delay any recovery of gas supplies from Russia, even if a mutual agreement on the resumption of such supplies is arrived at soon. It is against this background that the European Central Bank is generally expected to raise interest rates further, as a means of combating inflation, at its forthcoming meeting on October 27.

But, it is worth asking, how does a rise in the interest rate help in combating inflation? Christine Lagarde, the president of the European Central Bank, has talked of such a rise being necessary for negating inflationary expectations. This is certainly true; but it raises the question: since a rise in the interest rate can negate inflationary expectations only if it counters inflation in some basic way, how does this countering actually occur? The simple answer to this question is: through the generation of unemployment. Unemployment both accompanies and causes a reduction in demand for energy. It accompanies such a reduction, i.e., it constitutes a necessary fall-out of such a reduction, if the rise in interest rate reduces investment in the economy and hence the demand for energy; and unemployment also causes a reduction in the demand for energy by reducing the purchasing power in the hands of the working class and hence their demand for all kinds of goods and services, including energy. The reduction in the demand for energy is thus the flipside of an increase in unemployment, which, as Christine Lagarde admits, counters inflationary expectations, and hence, by implication, prevents firms from jacking up profit-margins in anticipation of inflation.

Unemployment has a second kind of effect in reducing inflation. If the first effect operates through reducing purchasing power in workers’ hands at any given wage-rate, the second operates through reducing purchasing power by reducing the wage-rate itself, by ensuring that as prices rise, the workers’ bargaining power gets weakened, so that they are not adequately compensated for the rise in prices in terms of the rise in their money wages.

These two effects are additive, and the net result is that inflationary pressures are countered through a rise in unemployment and hence reduction of purchasing power. This is capitalism’s way of combating inflation; it is necessarily at the expense of the working class. There is nothing either mysterious or inevitable about this way of combating inflation. A mystery is imparted to this process by pretending that somehow the interest rate has a direct bearing on inflation without getting mediated through the real-wage bill; and an inevitability is imparted to this process, almost as a consequence, by pretending that all economies have to use this particular method for combating inflation. But once the mystery is removed and we see the modus operandi of the rise in interest rate as consisting in its ability to generate unemployment, it becomes obvious that in a socialist economy, or even in a dirigiste third world economy keen on avoiding a rise in unemployment, inflation can be countered through price-controls, combined with a rationing of goods.

Europe which is in the throes of serious inflation is thus seeking to control inflation in the only way that a capitalist economy controls inflation, that is, at the expense of the workers, by squeezing the working class. Since the recent acceleration of inflation in Europe has been caused by the sanctions imposed on Russia at the behest of the United States, as a sequel to the Ukraine war, one can legitimately assert that the U.S. is fighting a war against Russia by taxing the European working class. European workers in short are paying the price for a war whose sole objective is to maintain U.S. super-imperialism, though of course the greed for profits of the American military-industrial complex and the ideology of the “neo-cons” provide additional motivations for the war. It is noteworthy that even a man like Henry Kissinger has said that it was “not wise” of the U.S. to moot NATO-membership for Ukraine.

The working class, not surprisingly, is rising in resistance in various parts of Europe, though of course the resistance is not confined to the workers alone. Thousands have marched in Germany demanding that the country should open the Nord Stream 2 gas pipeline which was not allowed by it to become operational when Russian troops marched into Ukraine. Tens of thousands have marched against NATO on two occasions in the month of September alone in the Czech republic’s capital Prague, demanding that the country should remain “militarily neutral”.

These demonstrations alas have had little effect on the established political parties in major countries like Germany and Britain. It is not just the conservative parties but the social democrats, and in some instances even the descendants of the erstwhile Communist parties that are defending the aggressive support for American policy by the governments of their countries. In fact at the conference of the British Labour Party, the only delegate who spoke against uncritical support to the Ukraine government, was not only shouted down by other delegates, but was even suspended from the party. Not surprisingly it is European neo-fascism that is reaping the benefits from this total unconcern of the established political parties for the working people.