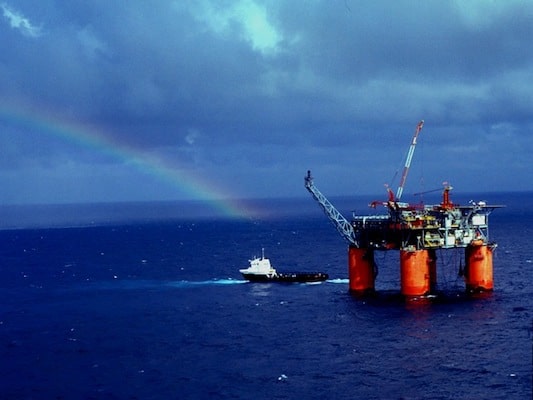 For a long time, British officials have sought to profit from oil in Libya, which contains 48 billion barrels of reserves–the largest oil resources in Africa, accounting for 3% of the world total.

BP is one of the few international oil and gas companies with exploration and production permits in Libya. Muammar Gaddafi nationalized its assets in Libya shortly after seizing power in a 1969 coup that called into question the entire British position in the country and region.

Following years of tensions between the two countries, Prime Minister Tony Blair met Gaddafi in 2004 and struck the so-called “Deal in the Desert,” which included a $900 million exploration and production agreement between BP and Libya’s NOC.

BP re-entered the country in 2007, but its operations were halted by the 2011 NATO-backed aggression on the country, resulting in ousting Gaddafi and later killing him.

BP operations resumed after the signing of a memorandum of understanding in 2018 between the NOC and Eni, the Italian oil major, to resume exploration, with Eni as the oil field operator. BP CEO Bob Dudley hailed the agreement as an important step “toward returning to our work in Libya.”

The $8 billion BP-ENI project includes two exploration areas, one onshore in the Ghadames basin and one offshore in the Sirte basin, totaling approximately 54,000 km2. The Sirte basin concession alone encompasses an area larger than Belgium.

The UK’s other oil major, Shell, is also “preparing to return as a major player” in Libya, according to its statement in a confidential document. After putting its Libyan operations on hold in 2012, the corporation is now planning to explore new oil and gas fields in several blocks.

In September of last year, a third British company, Petrofac, which provides engineering services to oil operations, was awarded a $100 million contract to help develop the Erawin oil field in Libya’s deep southwest.

Petrofac was at the time under investigation for bribery by the UK’s Serious Fraud Office (SFO). One of its executives, global head of sales David Lufkin, had already pleaded guilty in 2019 to 11 counts of bribery.

The SFO convicted and fined Petrofac on seven counts of bribery between 2011 and 2017 in the month following the award of the Libya contract.