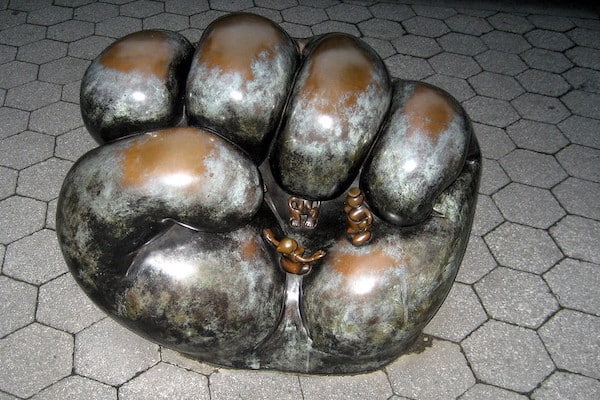 For more on this topic we recommend the following event, at which Michael D. Yates (author most recently of Work Work Work: Labor, Alienation, and Class Struggle) will be speaking: Decriminalize the Underclass: Michael Yates to speak at Peter Kwong Immigrant Workers Learning Center (1/12/2023).

Workers in the United States once united across trade and background to fight for the 8-hour workday. Today, many lament how weak the labor movement has become, often pointing to attacks from the right to strip unions and workers of power. The fight against the 24-hour workday in New York City shows that the racism of the progressive left, including a union, 1199SEIU, and some socialists, is also to blame for worsening conditions for the working class.

For eight years, immigrant women of color home care workers have been fighting to end 24-hour workdays. Employers force immigrant women to work 24-hour shifts caring for sick, disabled, and elderly patients—lifting patients, cooking, and cleaning for them—without sleep, for days on end. Mei Kum Chu, a Chinese-American Planning Council (CPC) worker, says, “My first patient had many illnesses. CPC said to turn her body over every 90 minutes each night to prevent bedsores. One day, while helping her bathe, to prevent her falling, I injured my wrist. I couldn’t work for half a year. My second patient called for me every 1-2 hours all night, so I was exhausted. I slipped in the shower and was injured. I continued working, but eventually my injury and pain became too much. I had to retire.” Chu is like countless other workers who, due to violent 24-hour workdays, have become sick and disabled.

The 24-hour workday is common only for immigrant women of color in New York City, whereas in upstate New York, 24-hour care is split into two or three shifts. In New York City, employers super-exploit the thousands of immigrant women home care workers, saying only 24-hour shifts are available, and if they don’t want it, someone else will do it. With 24-hour shifts, home care agencies extract maximum profits by illegally paying only 13 hours of wages. State law says unless workers get five hours of continuous sleep, the employer owes all 24 hours of wages, and for patients, care must be split into shifts of maximum 12 hours. However, the government’s racist refusal to enforce laws allows wage theft and 24-hour workdays to continue. Workers have been fighting this state-sponsored, systemic racism, which upholds an entire industry on the backs of a super-exploited racial underclass.

Why does this racism continue in progressive New York City?

In New York State’s privatized home care industry, public Medicaid dollars flow through health insurance companies, which collude with home care agencies to rob workers. Surprisingly, instead of fighting to enforce labor laws or account for public dollars, 1199SEIU and many elected officials use their leftist reputations to help employers violate laws and hold immigrant women hostage, saying there’s nothing bosses can do unless insurance companies receive more money from the state government.

They say that the bosses are helping the community. Mei Kum Chu’s employer, CPC, one of the largest home care agencies, has threatened immigrant women workers with jail for “defrauding the government,” when workers documented their 24 hours of work and asked for their wages. CPC supposedly helps immigrants and supports Black Lives Matter. According to progressive Assemblymember Yuh-Line Niou, CPC cannot be blamed for abusing women.

They say, if a poor woman worker wants a job, she must sacrifice her wages and health to keep employers afloat. Home care workers, 1199SEIU members, started suing employers for wage theft in 2015. But 1199 intervened, forcing them into mandatory arbitration. This year, 1199 touted its “historic” class-wide arbitration award, which lets employers wipe away their crimes by paying $250 per worker. While employers have stolen 11 hours for each 24-hour shift, and non-union workers have won at minimum 5.5 hours per shift in court, 1199’s settlement recovers only 0.5 percent of what its members are owed, or about three minutes per shift. The industry must not collapse.

They say, in effect, socialism requires that women of color continue to die. Due to home care workers’ organizing, elected office holders have introduced city and state bills to ban 24-hour shifts and mandate split shifts. A majority of council members, including Republicans, support the city bill. 1199 lobbies against both bills. Council Members Sandra Ung (progressive) and Alexa Avilés (Democratic Socialists of America) also oppose, saying that they, unlike workers, want to end 24-hour workdays the right way—waiting for more state money to fill insurance company and home care agency coffers. Do they hate women of color so much that they need “socialism” to cover their racism and sexism? Do they hate socialism and want to forever tarnish its name with 24-hour workdays?

Immigrant women have been shouting from the rooftops about the racist violence—broken bodies, chronic illnesses, too many deaths of home care worker sisters. In response, 1199 and leftist elected officials maintain 24-hour workdays, hurting not only immigrant women but all working people. These labor aristocrats reinforce super-exploitation: immigrant women of color at the bottom, less than human, and everyone else dragged down not far behind. By refusing to limit how long a workday can be, how inhumane are our working conditions, they pit us against each other to compete for worse and worse jobs, to squeeze more out of all of us. Just as home care workers are forced to accept 24-hour workdays, workers across most occupations are increasingly forced to work long hours that kill us, if we want any job at all.

Kathy Lu is an organizer with the Ain't I a Woman?! Campaign.

Sarah Ahn is an organizer with the Ain't I a Woman?! Campaign.