Listen to Amy Goodman and Juan Gonzalez’s interview with Steve Early and FMPR President Rafael Feliciano on Democracy Now! (27 October 2008). When last seen on the picket-line, Puerto Rican teachers were fighting their way through police barricades to appeal to fellow workers from the Service Employees International Union (SEIU), at its lavishly funded convention […]

Thousands of SEIU members are expected in San Jose this Saturday, September  6, to protest spreading corruption and Andy Stern’s latest grab for control over SEIU’s third largest local (which has helped blow the whistle on scandalous behavior elsewhere in the union). The rally is being organized by United Healthcare Workers (UHW) and allied […]

This video is an edited part of a 60 minute labor TV show the Labor Video Project is producing on the 2008 SEIU convention in Puerto Rico.  To find out more about the issue of the Puerto Rican teachers and the struggle against privatization you can go to: www.fmprlucha.org mysite.verizon.net/vze2kxcd/fmprsupportcommitteenewyork/ www.coordinadorasindical.org/ www.utier.org/estructuras/index.php More Videos about […]

Introduction by Michael D. Yates Over the past several years, a vigorous debate has taken place within organized labor and among its allies over how best to rebuild a dying labor movement.  Much of the is debate has centered around the actions and arguments of the leaders of the nation’s largest union, The Service […] 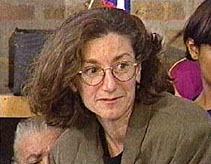 “It appears to us to be a reinitiation of the harassment of independentists.”1 — U.S. Congressman José Serrano, speaking to FBI director Robert Mueller An unexpected knock on the door . . . men in trench coats handing you a grand jury subpoena . . . .  If you’re involved in the movement for the […]

Introductory Note: This essay is an adaptation and reworking of a historic 1963 document of the Students for a Democratic Society.  Its original was mimeographed in several thousand copies and distributed jointly by the SDS National Office and the newly-created Economic Research and Action Project (ERAP).  America and the New Era was intended to be […]

The following is the text of Delia D. Aguilar’s keynote address at the 22-23 March 2007 Pacific Northwest Regional Conference of the National Association for Chicana/o Studies, University of Washington: “Class Dismissed?  Reintegrating Critical Studies of Class into Chicana and Chicano Studies.” — Ed. I cannot begin to tell you how delighted I am at […]

I. Three Metropoles, Four Peripheries Many of us on the Left have pondered what would replace the Cold War division of the planet into the First, Second, and Third World.  Though the three worlds thesis was arbitrary at best — the social divisions within nation-states are often more significant than the distinctions between nation-states — […] 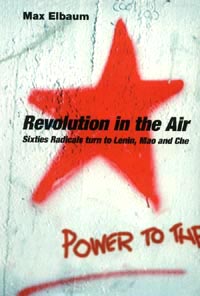 REVOLUTION IN THE AIR: Sixties Radicals turn to Lenin, Mao and Che by Max ElbaumBUY THIS BOOK I first met Max Elbaum in Vermont in 2002 at a conference against the war organized by the Burlington (VT) Anti War Coalition.  We had communicated via email and telephone before about his book Revolution in the Air […]

“There’ve been times that I’ve thought I couldn’t last for long But now I think I’m able to carry on It’s been a long time coming But I know a change is gonna come” – Sam Cooke Dear family & friends, With Sam Cooke’s lyrics on my mind, I ran my “Marathon for Peace” Sunday […]

For five weeks in the late spring of 2006, we toured the eastern half of the United States to promote two books — Letters From Young Activists: Today’s Rebels Speak Out (Nation Books, 2005) and Outlaws of America: The Weather Underground and the Politics of Solidarity (AK Press, 2006) — and to get at […] 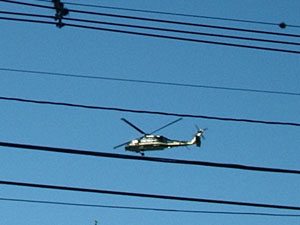 “The only domestic terrorist attack here is the U.S. government’s attack on the people of Puerto Rico.” — New York State Assemblyman José Rivera1 In a move reminiscent of a U.S. Marine invasion of a foreign country, the FBI descended in droves on Puerto Rico on February 10.2  Without breathing a word of the invasion […] 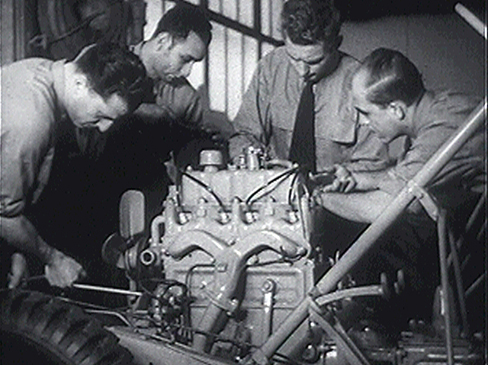 It wasn’t the best of times nor the worst of times.  It was 1963. History in the United States was moving from the tragedy of legalized segregation to the farce of de facto segregation, and, in the world at large, the colonialist past was being transformed into the neo-colonialist present. The challenge of the Cuban […]

[All figures below are in current dollars.] Part 1: History: The Problems Are Inherent The U.S. constitution established a federal system of “dual authority” incorporating both national and state sovereignty. The product of a series of political accommodations made at the 1787 Constitutional Convention, federalism was designed as an opportunistic political battlefield with ambiguous boundaries, […]

[Peter Berkowitz is a long-time Monthly Review subscriber. He was in New Orleans bringing his son Ernesto to begin his freshman year at Loyola when they were caught in the hurricane. Peter and Ernesto spent five days on the street by the Convention Center. Below is a letter Peter sent to his mother upon […]

When I was a child, I used to watch cartoons at home after school (I understand there is a debate about the wisdom of letting children watch TV.  However, I am doing fine today). My favorite cartoon was Superman.  Let me clarify. It was a little confusing watching Superman growing up in Puerto Rico.  Although […]

[Michael D. Yates’ Note: As readers of the June issue of Monthly Review magazine know, a fierce battle is raging inside organized labor in the United States.  Several unions within the AFL-CIO (the national federation of unions) are threatening to secede from the Federation, their leaders arguing that Federation leaders and many member unions are […]