1,000 Canadians braved the cold weather (-20 C with wind chill) to demonstrate at the U.S. Embassy, calling for the withdrawal of troops from Iraq and Afghanistan (Canada has 2,000 troops in Afghanistan, currently heading up the NATO occupation force there [with U.S. air cover]). 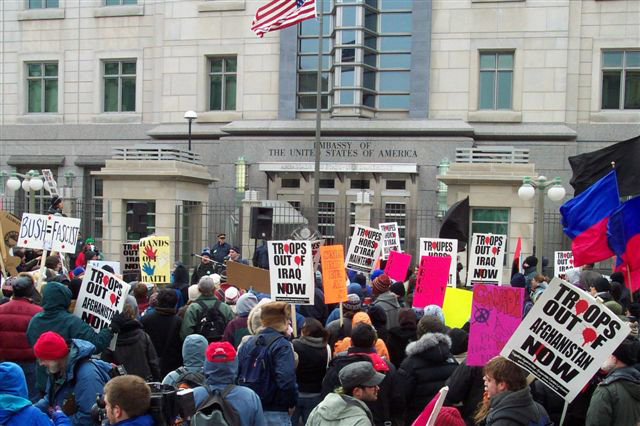 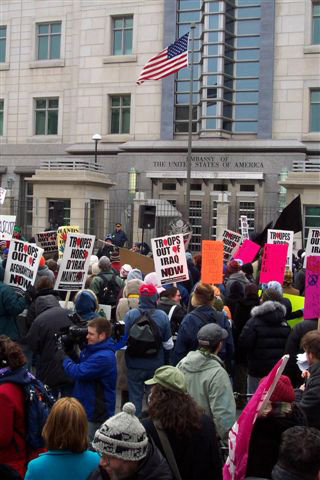 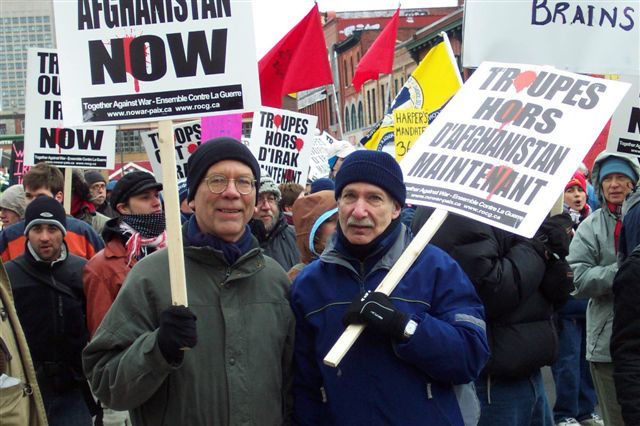 Richard Fidler is a lawyer and translator in Ottawa. He is a member of Socialist Project (SP).

Richard Fidler is an Ottawa activist who blogs at Life on the Left—with a special emphasis on the Quebec national question, indigenous peoples, Latin American solidarity, and the socialist movement and its history.