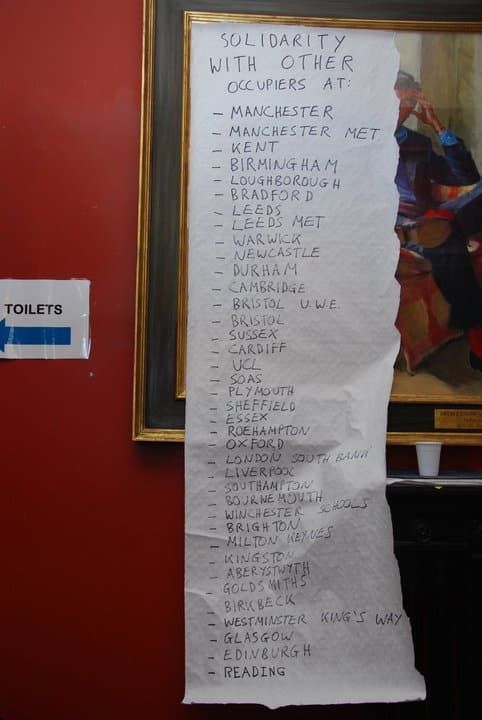 Wednesday 24th November will go down as a day that shook the Con-Dem government.

With school and college students walking out and protesting en masse and a wave of sit-ins and occupations in universities across the country, a movement has been born that can inspire millions.

These actions have one common aim: to stop the attacks on education, from 40% university teaching budget cuts to soaring tuition fees and the abolition of EMA.  We have one common enemy: the government of David Cameron and George Osborne — and the Liberal Democrats that shamelessly prop them up.

Now we need to take the movement forward at a national level.  We invite every occupation, campaign and group of students who have walked out to send representatives this Sunday to exchange ideas, demands and experiences and to coordinate the next steps in the fight for education.

After today’s success it is important to keep it moving!

What will you do?