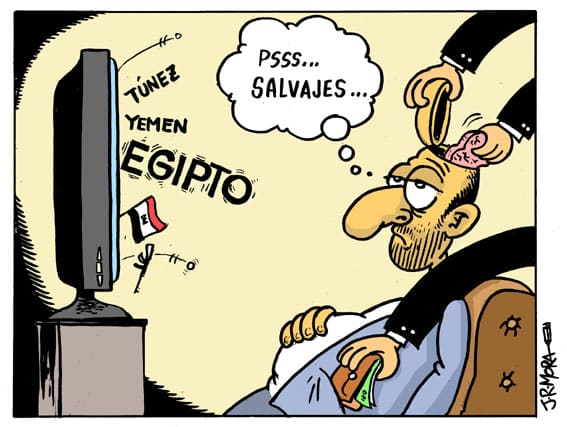 You are watching other people’s revolutions, in Tunisia, Egypt, etc., on TV, thinking, “Wow, that’s wild”; meanwhile, your pocket is being picked and your brain is being taken from you, too. . . .

Juan Ramón Mora is a cartoonist in Barcelona.  This cartoon was first published in his blog on 29 January 2011 under a Creative Commons license.  Cf. Kalvellido, “Spain: The State of Dis-Unions” (MRZine, 30 January 2011).