Over 1,000 Bahraini workers sacked for political reasons held a protest in front of the Labor Ministry in Isa Town, Bahrain on 11 December 2011.  The number of workers sacked by the Bahraini regime in its attempt to quell the uprising that began on 14 February 2011 is estimated to be about 4,500. 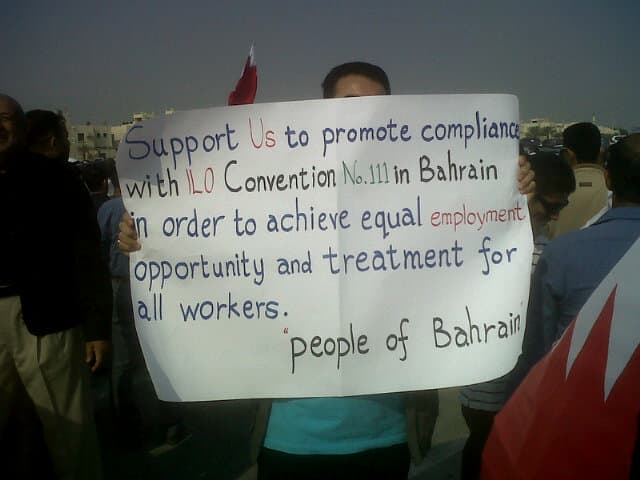