It all began with the kidnapping and torture of Aboudi Ibrahim, a protester from the #OccupyCabinet sit-in:

An army solider strips the shirt off a female protestor, beats her, and abuses her: 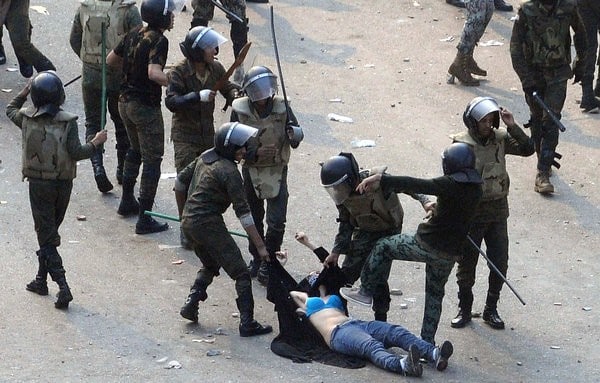 If you look closely, you see the attack on her and what appears to be a young boy from another angle:

One of the last Livestreams of the military attack on Tahrir Square:

All Livestreams were then shut down in an attempt at media blackout.

Protesters’ tents before the attack: 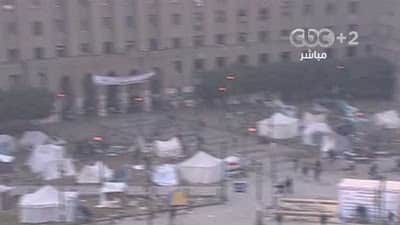 Protesters’ tents after the attack: 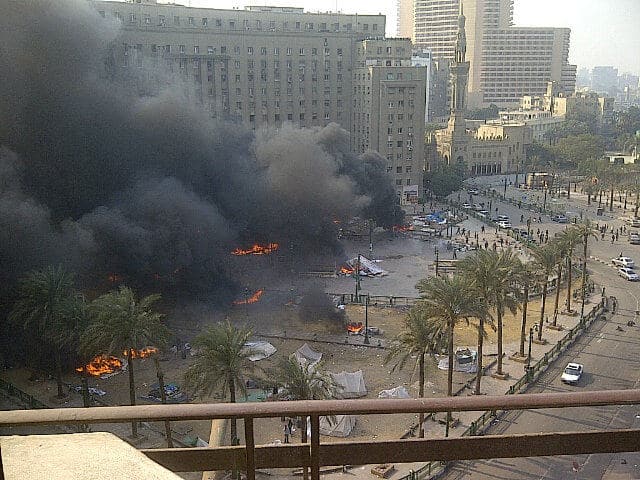 The field hospital in the middle of the square reportedly met the same fate.

Later in the early afternoon:

This report from Al Jazeera English was their last:

There are also other reports of cameras confiscated or broken, journalists harassed or threatened by phone.

Around 6 pm, a massive march streamed into Tahrir Square in memory of Sheikh Emad Effat, one of the demonstrators the military murdered yesterday. . . .

In his public address, Kamal Ganzouri reiterates a promise he made when the military generals appointed him prime minister after the massacre in Tahrir Square at the end of November: “I said and I am still reiterating that we will never confront any peaceful demonstrations with any kind of violence, even the verbal kind.  I am committed to this.”  After seeing the images on this page, judge for yourself.

Thank you, world, for believing in our “democratic transition.”  This is why we don’t go to vote.  The generals overseeing this massacre oversee our elections.

The reason we held the #OccupyCabinet sit-in at the parliament building was to protest the illegitimacy of the appointment of ex-Muburak era Prime Minister Kamal Ganzouri who justified all these attacks, to call for an end to military trials of civilians, to call for the trial of those carrying out these violent crimes.

What happened today is an attempt to quash any resistance to the illegitimate military that is trying to snuff out the revolutionary spirit of a people suppressed and exploited for decades.

Philip Rizk is a German-Egyptian filmmaker.  More videos of #OccupyCabinet are available at <youtube.com/user/mosireen>.   See, also, “The ‘Cabinet Offices’ Massacre: A New Crime by the Sons of Mubarak in Power” (Statement by the Revolutionary Socialists, 17 December 2011).