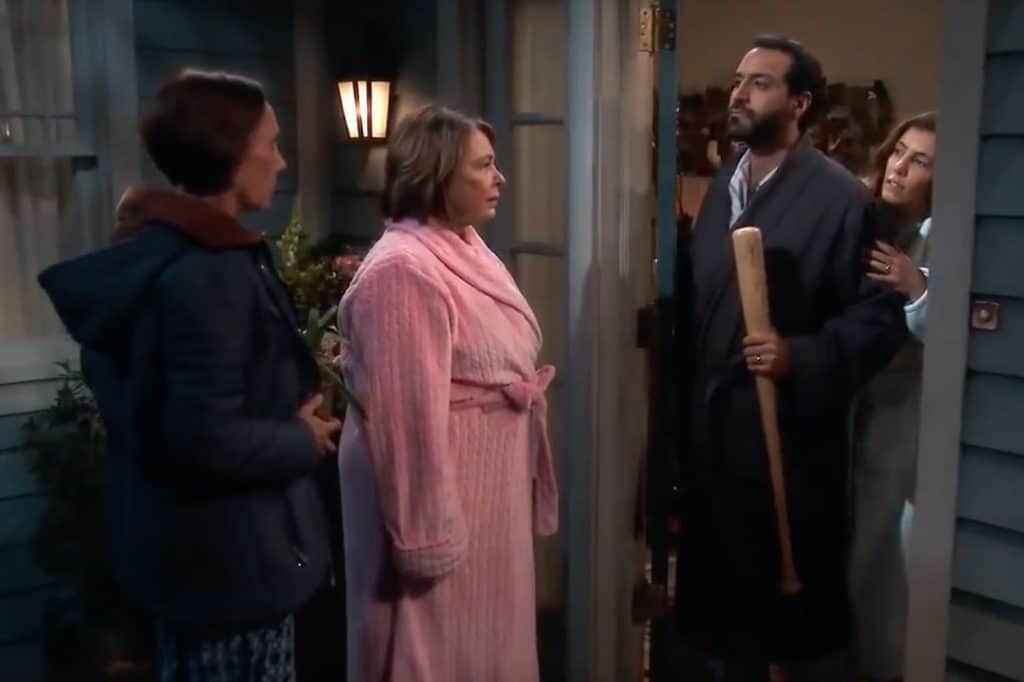 On May 8, a few weeks before its cancellation, the popular sitcom Roseanne devoted an episode to immigration.

The main focus was on the title character’s anit-Muslim prejudices, but the plot hinged on a problem for Roseanne’s husband, a construction contractor: his loss of drywall installation work to a rival who employs undocumented immigrants. “I got underbid on Al’s job,” Dan, the husband, explains to Roseanne. “He’s using illegals… It ain’t right, Rosie. These guys are so desperate they’ll work for nothing, and we’re getting screwed in the process.”

This scene got its share of pushback. A Daily Beast reviewer highlighted use of the term “illegals” for undocumented immigrants, and syndicated columnist Ruben Navarrette insisted that the whole premise of Dan’s complaint was wrong. Unauthorized workers mostly just do the “hard dirty jobs” that the native born “won’t go anywhere near,” Navarrette wrote. As an example, he cited farm work.

There were many problems with Roseanne, and even more problems with its star, Roseanne Barr, whose racist and Islamophobic tweets eventually led to the program’s cancellation. But in this episode the program’s writers were being more realistic than critics like Navarrette. The commonplace impression that the country’s 8 million undocumented workers are generally employed in the fields is highly misleading: only about 4 percent are farmworkers. The great majority work in low-wage jobs alongside the native born, with drywall installation providing a prime example. People like Dan do in fact “get screwed in the process”—and they often respond, unfortunately, by referring to the immigrant workers as “illegals.”

The real problem with the episode wasn’t the situation it depicted or the derogatory terms its characters used. The problem was the failure to ask an obvious question: why are people without legal status “so desperate they’ll work for nothing”?

Immigrants often face many disadvantages in the job market, including lower educational levels and less proficiency in English. But undocumented workers are paid significantly less than other immigrants with the same job qualifications. Academic studies generally put this “wage penalty” in a range from 6 percent to more than 20 percent. The reasons aren’t hard to understand. A constant threat of detention and deportation discourages the undocumented employee from demanding or organizing for more pay and better working conditions—although many do, despite the barriers—and the lack of access to social services and unemployment benefits means workers can’t easily afford to quit a bad job and spend time looking for a new one.

As if this wasn’t enough, in 1986 Congress passed a law requiring employers to verify the immigration status of all new hires, in effect making it illegal for undocumented immigrants to work. The measure is usually referred to as “employer sanctions,” but the real effect is to increase employers’ power over their employees. An immigration official was upfront about this back in 2000: the authorities usually leave undocumented workers alone, he told the New York Times, “unless the employer turns a worker in, and employers usually do that only to break a union or prevent a strike or that kind of stuff.”

The Trump administration is trying to make matters still worse. Currently about 1.1 million immigrants have a quasi-legal status—through Deferred Action for Children Arrivals (DACA), which covers many undocumented immigrants brought here as children, or Temporary Protected Status (TPS), which covers people from several countries that have experienced conditions like civil wars or environmental disasters. The current administration has been trying to end DACA since last September and has slated most of the TPS protections for termination over the next two years.

TPS recipients are generally long-term U.S. residents, and many DACA beneficiaries don’t even remember their countries of origin or speak the languages; it’s very unlikely that any great number of these people will leave the United States voluntarily. Most now have work authorizations that ensure them better pay—much better pay in the case of the DACA recipients, according to a preliminary study. If Trump succeeds in shutting the programs down, tens or hundreds of thousands of people will be forced back into low-paying jobs off the books.

Some may have to start installing drywall for Dan’s competitor.

So if Dan’s problem is that his rival’s employees are being paid too little, the obvious solution is to remove the obstacle to their getting paid better: enact a general amnesty giving legal status to all 11 million undocumented immigrants, including the 8 million currently employed.

So why don’t we hear more discussions of this possibility? It’s hardly reasonable to expect a TV sitcom to tackle such a complicated issue, but even serious liberal and left-liberal media rarely discuss how immigration policy has been used to create a class of super-exploited workers. The explanation probably lies in who benefits from this policy. Our society, like many others, tends to shy away from raising questions about policies that favor the dominant classes, and our current immigration policy is very beneficial to important sectors of the U.S. corporate elite.

There’s a widespread assumption that the super-exploitation of undocumented workers chiefly benefits bottom feeders like the contractor bidding against Roseanne’s husband, but in fact big corporations and the superrich are undoubtedly the ones who get the most out of the system. While large businesses don’t usually employ the undocumented directly, they do it indirectly through the use of contractors who hire the unauthorized workers and assume the risk of being charged with immigration violations. This helps explain the dramatic increase in the practice of corporations turning to contractors and temp agencies for unskilled laborers during the 1980s and 1990s—the period that saw an equally dramatic increase in unauthorized immigration.

And there’s a second way the elite can exploit immigrant workers—as scapegoats. When people like Dan and Roseanne complain about their economic problems, the superrich and their hired propagandists point their fingers at undocumented immigrants. Both forms of exploitation are neatly exemplified in the case of Donald Trump: he cut costs on the construction of Trump Tower by taking a low bid from a contractor employing undocumented Polish workers, and then got into the White House with rants about “bad hombres.”