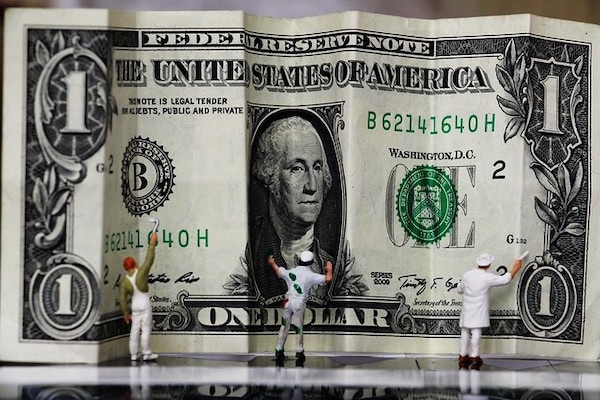 The debate over inequality has become hotter world-wide. While Trump had introduced substantial tax cuts for the rich in 2017, and Britain’s Boris Johnson, the front-runner to succeed Teresa May, has promised to do the same if he becomes Prime Minister, there are strong proposals for taxing the rich which have also been mooted. Bernie Sanders had such a proposal for the U.S. during the time that he was seeking the Presidential nomination of the Democratic Party. And now a group of 18 individuals in the U.S. including George Soros, each of whom is a billionaire, is asking for a “modest wealth tax” on the fortunes of the top 0.1 percent of the population. They have written a letter to all Presidential candidates asking for such a tax to be introduced. The cynical may say that they are doing so because they expect a higher wealth tax to be imposed anyway in the near future, and want to ensure that it remains modest; but whatever the reason, they too have joined the debate on the side of the proponents of greater equality.

The years of neo-liberalism have seen very substantial increases in income and wealth inequality everywhere in the world, a point that has been emphatically made (without mentioning neo-liberalism) by Thomas Piketty, the French economist. The reasons advanced by Piketty for this phenomenon do not stand scrutiny, and need not detain us here. There is however a very obvious reason for this which he does not discuss. This has to do with the massive world-wide shift of income from wage-earners to surplus-earners because of globalization.

The current globalization has entailed much freer flows of capital, including finance, from the advanced capitalist countries to the countries of the third world, especially in Asia. This has meant that American firms now invest in third world countries, to take advantage of their comparatively lower wages, for manufacturing products, for export to the U.S. itself, and to other countries of the world. American workers therefore are now competing against third world workers, whose wages are close to a subsistence level because of the massive labour reserves that exist in the these countries as a legacy of colonial “deindustrialization”. While the wage differences between the advanced country and third world workers do not disappear altogether as a result of this mobility of capital, nonetheless the wages in the advanced countries cease to rise, as the workers there are now exposed to the baneful consequences of the massive third world labour reserves.

At the same time, these labour reserves do not disappear in the third world, both because of the rapid rate of growth of labour productivity, and also because of the squeeze on petty production, including peasant agriculture, imposed under globalization, which causes an exodus of distressed peasants to the towns in search of non-existent employment opportunities. As a result, the wage-restraining effect of the third world labour reserves now gets generalized beyond their respective economies, to the workers all over the world, even as these labour reserves themselves do not disappear, but on the contrary keep getting replenished.

Hence, wages everywhere cease to increase, even as labour productivity keeps increasing. This is what causes a shift of income distribution from wage-earners to surplus-earners all across the globe, both in the advanced countries and also in the third world. This shift in income distribution also accentuates wealth inequality. An example will make this last point clear.

This is just one of the factors behind the increase in wealth inequality; and such borrowing-financed workers’ consumption did occur in the U.S. There were other factors too, including capital gains, that underlay the growth in wealth inequality. According to a Federal Reserve report, the wealthiest 1 percent of Americans added $ 21 trillion to their wealth over the last three decades, while the bottom 50 percent saw a reduction in their wealth by $900 billion. Trump has recently discouraged the relocation of activities to the third world mentioned above, by introducing a set of protectionist measures; but he has also announced tax-cuts, which we mentioned earlier, to compensate the capitalists for whatever losses such protectionism may cause them.

Ironically however while the debate over inequality has become hotter elsewhere in the world, in India there is hardly any debate at all. The increase in wealth and income inequality here has been phenomenal. According to a study by Piketty and Chancel using income tax data, the share of the top 1 percent in the total national income in 2013-14, the latest year for which they have made the study, was 21.7 percent. This was higher than at any time since 1922 when income tax was introduced in India. In other words even when there were Maharajahs, income distribution had not been as unequal as it has been of late. The rapidity of the increase in inequality can be gauged from the fact that in 1982, the share of the top 1 percent in national income had been only 6.2 percent, compared to 21.7 percent in 2013-14. This just shows that the dirigiste period had kept wealth inequality in check, while the period of economic “liberalization” has seen a veritable explosion in inequality.

This is also true of wealth inequality. The top 1 percent of households owns as much as almost 60 percent of total wealth at present; and this too has been rising rapidly in the period of economic “liberalization”. Indeed wealth inequality in India today is higher than even in the U.S. And yet there is very little noise about this massive growth in wealth and income inequality in the last few years. Even the World Economic Forum, the rich people’s club that meets at Davos every year, has shown its concern about this growth in inequality in the world economy. It sees this increase as a threat to democracy, which is an obvious point though one does not normally expect capitalists to make it.