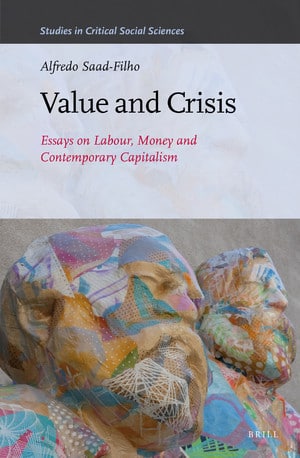 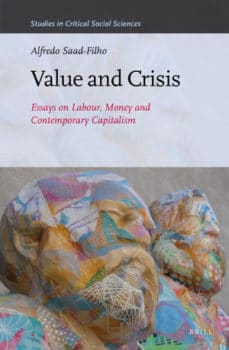 It is very common for leftist commentators to use the term ‘neoliberalism’ in their analysis of a political situation or social struggle. The term is frequently used in socialist political economy, cultural studies, and even mainstream liberal newspapers. Sometimes, the critique of neoliberalism replaces the critique of capitalism, which can result in political mistakes. For example, it is common for Lexiteers to argue that the European Union is a ‘neoliberal’ institution, and advocate for Britain’s withdrawal from the EU in order to weaken neoliberalism. Although Lexiteers acknowledge that the British state is also a neoliberal institution, they argue that a left Labour government can transform British society by passing anti-neoliberal policies. The problem with this position is that the critique of capitalism sometimes disappears (though not entirely), and is replaced with a reformist, Keynesian solution to the contradictions of capitalism.

One might argue that such mistakes warrant an abandonment of the term ‘neoliberalism’ in order to revive a critique of capitalism. Indeed, the term has been used so frequently that its actual relationship to capitalism sometimes disappears. In his new book, Value and Crisis, Alfredo Saad-Filho shows that there is a close relationship between neoliberalism and capitalism. In this book, which consists of fifteen essays, Saad-Filho demonstrates how the concept of neoliberalism can be useful in Marxist political economy. The book uses new research to expand earlier Marxist accounts of neoliberalism, such as David Harvey’s A Brief History of Neoliberalism and Panitch & Ginden’s The Making of Global Capitalism.

In the first two chapters, Saad-Filho argues that in order to see the relationship between neoliberalism and capitalism we must re-read Marx’s Capital in light of the contemporary conjuncture. He says that such a reading of Capital ‘can help the reader identify connections between aspects of reality that other theories tend to analyse separately’ (2). A non-Marxist economist will often view neoliberalism as a set of policies, which result in the privatisation of public services, attacks on trade unions, imperialist domination of the developing countries, and authoritarian governments. Saad-Filho points out that ‘neoliberalism cannot be reduced to a collection of policies, which would suggest that a multiplicity of discrete policy initiatives might be sufficient to reverse or even transcend neoliberalism’ (211). He argues that Marx’s Capitaland the dialectical method can help us to connect neoliberal policies to the system of capitalist social relations.

Saad-Filho’s idea of neoliberalism as a system of accumulation is similar to Lenin’s analysis of imperialism as the highest stage of capitalism. Just as Lenin viewed imperialism as a systemic feature of modern capitalism, Saad-Filho helps us to perceive the systemic, conjunctural nature of neoliberalism. I would argue that the two are distinct, for imperialism pre-existed neoliberalism. Saad-Filho’s concept is helpful in allowing us to see how imperialism itself is transformed by the neoliberal system of accumulation. In the era of neoliberalism, imperialists do not always engage in open warfare in order to get foreign markets for the export of capital; wars are just one form of imperialist expansion. Rather, the imperialists will finance politicians in the developing world who will make their country more favourable to multinational corporations. John Smith demonstrates this in his recent Imperialism in the Twenty-First Century by pointing out how corporations like Coca Cola supported politicians in Colombia who helped to get trade-unionists murdered at bottling factories with contracts to Coca Cola. The neoliberal system of accumulation encourages such covert assistance, which began in the 1970’s with the imperialist-backed overthrow of Salvador Allende in Chile and continues with US support of reactionary politicians like Juan Guaido in Venezuela.

According to Saad-Filho, neoliberalism differs from earlier systems of accumulation, such as Keynesianism, in that it articulates an antagonistic dichotomy between markets and the state. The ideologists of neoliberalism argue that economic growth is most efficient when state intervention is strictly limited. Saad-Filho points out that this has led some to believe that neoliberalism works through breaking down of the state. This is a serious mistake, for ‘neoliberalism draws upon the power of the state to impose, under the ideological veil of non-intervention, the hegemony of globalised finance in each area of social life’ (215). One way it does this through selling public institutions to transnational corporations so that they become profitable sites for capital investment.  The Conservative Party’s post-Brexit plans to sell the NHS to American corporations is a perfect example of such a neoliberal strategy, for it would consolidate the power of global finance in British society.

Saad-Filho conceptualises the development of the neoliberal system of accumulation according to two stages. In the first stage, the state directly intervenes ‘to contain labor, disorganise the left, promote the transnational integration of domestic capital, and put in place the new institutional framework’ (211). We can see this in the United States in the 1980’s when Reagan’s administration aided the deindustrialisation of US cities like Detroit and Chicago, and created racist anti-drug laws that directly targeted African-Americans. As Michelle Alexander showed in the New Jim Crow, this resulted in a prison industrial complex, in which millions of African-Americans and other people of colour were targeted by the police and ended up in prison. This direct offensive on people of colour in the US helped to consolidate neoliberalism by creating a low-wage non-unionised workforce, and criminalised African-Americans for the contradictions of neoliberal capitalism. The movements in the US against police brutality, such as Black Lives Matter, are therefore not only confronting racism, but also the neoliberal capitalist state apparatus.

In the second stage of neoliberalism, Saad-Filho says that neoliberalism tries to stabilise the new social relations by passing neoliberal social policies, which help to ‘manage the deprivations and dysfunctions created by neoliberalism’ (236). This stage could involve government bailouts, in which public funds are used to resolve a crisis created by neoliberal capitalism and rescue the monopolies. Such bail-outs are made easier by privatisations of the public sector, for they involve the transfer of public funds to multinational corporations. The second stage could also include policies that reorganise the public sector, in which unemployment or housing benefits are allocated on a targeted rather than universal system. Such a targeted system of resource allocation allows the neoliberal state to put conditions on benefits, which often force its recipients to accept low-wage jobs and poor housing, as well exclude a large section of the population from welfare.

One of the most compelling parts of the book is Saad-Filho’s analysis of the contradictions of neoliberalism, and the ways the Left might strategically confront neoliberalism. Saad-Filho argues that it is very difficult to break with neoliberalism because it requires organising a new system of accumulation. Since neoliberalism has a strongly-embedded set of institutions, reforming them may not be possible and therefore require their abolition. Although a left-wing government might institute progressive, anti-neoliberal reforms, they cannot fully break from neoliberalism unless they adopt an entirely new system of accumulation. Saad-Filho says that one reason for this is that the contradiction between economic and political democracy is intensified under neoliberalism. In a neoliberal society, the capitalist state tries to abolish trade unions, depriving working people of the means to fight for their interests and eliminating any form of economic democracy. Furthermore, neoliberalism favours electoral politics, and tends to be hostile to the democratic movements of the popular masses. Hence, Saad-Filho says that ‘the demand for the expansion and radicalisation of political and economic democracy can integrate a wide variety of struggles and support the emergence of these alternatives, while simultaneously destabilising neoliberalism’ (265).

One of the few countries that has successfully broken from neoliberalism in recent times is Venezuela, which structurally reorganised the Venezuelan social formation with the election of Hugo Chavez in 1998 in order to radically transform the system of accumulation. The Bolivarian Revolution addressed the contradiction between economic and political democracy by giving workers more power at the point of production, and creating forms of direct democracy that relied on the poor. Furthermore, the Bolivarian Revolution tried to delink Venezuela from imperialism by creating ALBA, an alliance of anti-imperialist states that included Venezuela, Cuba, Bolivia, and Ecuador (as well as a few others) . Although these states continued to export to the imperialist countries, they created an institutional framework that would favour domestic industries, import-substitution policies, and a strong public sector that favoured the working class. The current attacks on Nicolas Maduro and the PSUV are attempts by US imperialism to overthrow the Bolivarian government and establish a neoliberal system of accumulation in Venezuela, in order to integrate Venezuelan production with international financial institutions and multinational corporations.

Alfredo Saad-Filho has done Marxism a great favour by providing us with some of the clearest theoretical work on neoliberalism to date. The book would be appropriate for a course on international political economy, as well as in Marxist study groups. Value and Crisis is one of the finest works of Marxist scholarship on neoliberalism, and should be studied by every student of Marxism.

Fabian Van Onzen is a Professor in the Philosophy department at Lone Star College, Houston, TX.