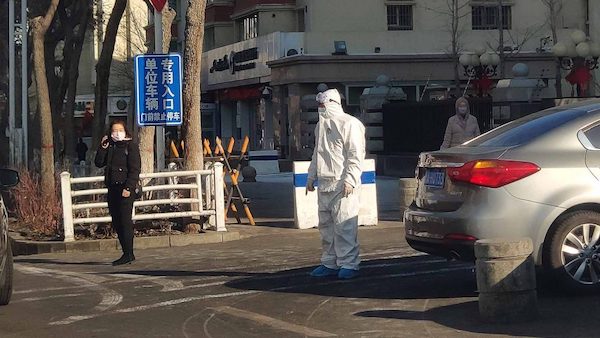 The White House recently touted its sweeping National Biodefense Strategy, saying the plan was helping to guide the administration’s response to the coronavirus outbreak. But the administration’s proposed cuts to public health programs appear to run counter to the goals of its own strategy. Credit: GangstonTech. CC BY-SA 4.0.

At the end of January, at a time when the coronavirus outbreak that began in China was dominating international headlines, The White House announced it was forming a new task force to address the growing crisis, one headed by the secretary of health and human services, Alex Azar. Standing up the task force was made easier, the administration said, because of the work it had already put into the National Biodefense Strategy, the government-wide plan from 2018 aimed at protecting the country against threats like disease epidemics and biological terrorism. There’s a problem with that claim however. After a year-and-half of implementation, experts say the government has little to show for the strategy.

“It’s our understanding that it sort of ground to a halt during the assessment phase,” Asha George, the executive director of the Bipartisan Commission on Biodefense, said of the strategy. (George is also a member of the Bulletin’s Science and Security Board.) Seconding George’s assessment is Dan Gerstein, a RAND researcher who has tracked the biodefense strategy:

I stay pretty close on these issues. I haven’t seen a lot come out.

The strategy sets out to organize the government’s myriad activities intended to defend against biothreats; it’s the “first-ever holistic look across the government to see where are we acting, and where might there be any gaps in light of our awareness of threats, our preparedness needs, and our ability to respond,” Azar told the press in 2018. Under the strategy, officials from various federal agencies are supposed to decide on a joint plan for how to allocate federal resources. It’s in those very areas—joint decision-making and resource-sharing–that government officials are struggling to make progress, a new U.S. Government Accountability Office report published last week found. Many officials “expressed reluctance” to use their resources to support common goals, the report said, and there are “no clear processes, roles, or responsibilities for joint decision-making.” 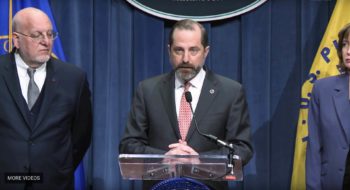 Experts point to the big cuts the Trump administration has proposed to public health initiatives as a sign that the country, if anything, is becoming more vulnerable to threats like disease outbreaks. For instance, while the strategy calls for a strong surveillance system to monitor for biological threats, the Centers for Disease Control and Prevention’s Public Health Preparedness and Response Program, which puts the agency’s laboratories and expertise in public health surveillance and epidemiology to work, is in line for a $25 million cut in the budget year beginning this fall. The Health and Human Services Department’s Hospital Preparedness Program funds the Ebola treatment centers that were set up to handle domestic cases of the disease that was ravaging West African countries in 2014. The program could see an $18 million haircut this fall. The administration’s budget proposal would provide $58 million to the World Health Organization, less than half what the United States gave last year. The organization is the lead international agency guiding the global response to the coronavirus outbreak. “All those things suggest that they are saying one thing and doing another,” Gerstein said.

Public health funding has repeatedly fallen under the Trump administration’s budget axe, although Congress has bucked the administration and restored some funding in the past. The coronavirus response is straining the government’s resources, and the Health and Human Services Department has already told Congress it may need to shift funds around to pay for it. With cases of COVID-19 (as the coronavirus is now known) rising in countries like South Korea, Iran, and Italy, The White House asked Congress on Monday for $1.25 billion in additional funding to combat the outbreak. It wants to use money intended for other efforts like fighting Ebola to bring the total amount designated for the coronavirus response to $2.5 billion.

There are plenty of reasons to want a well-oiled biodefense system. Despite the ratification of the Biological Weapons Convention, the global treaty prohibiting countries from developing or stockpiling biological weapons, the new government watchdog report notes that biological warfare remains a threat. Russia, China, North Korea, Iran, and Syria are still engaging in dual-use or bioweapons activities, according to the report. In just the last two decades, outbreaks of infectious diseases like Ebola, SARS, and now COVID-19 have sickened tens-of-thousands. New developments in synthetic biology mean a wide array of facilities have the ability to synthesize deadly pathogens. “Because the biological threat landscape is vast, it requires a multidisciplinary, enterprise-wide approach,” the report said.

It may still be too soon to cast judgement on the biodefense strategy, or to say whether the various government agencies in the structure can agree to a plan that implements a whole-of-government approach. The Government Accountability Office’s report said it won’t be until the 2022 budget cycle that biodefense spending will be guided by a joint plan. That may be too late for Trump’s strategy. Both of Trump’s immediate predecessors had biodefense plans and neither was fully realized, Gerstein wrote in 2018.

“Time is not your friend when you’re in a presidential administration,” he said.

It moves very rapidly. If you want to get something done, you really need your strategy out in the first year. And it really needs to be moving, and it’s got to be a priority.