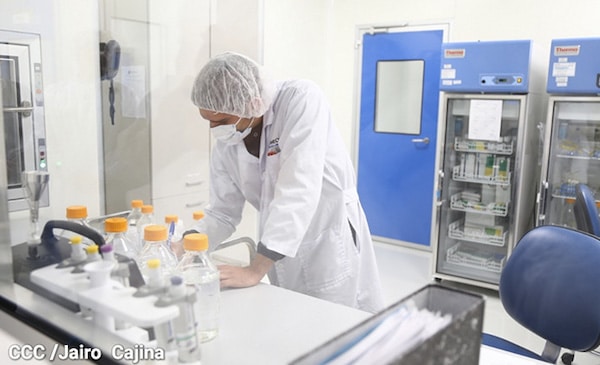 While each country’s experience facing the COVID-19 pandemic is different, some common fundamental factors can make the difference between widespread catastrophe and relative stability. Nicaragua has so far been among the most successful countries in Latin America in protecting its population from the virus while also maintaining normal economic life. As of March 28th, Nicaragua has three confirmed cases with one fatality. Another 14 people who may have the virus are under observation but have so far tested negative. 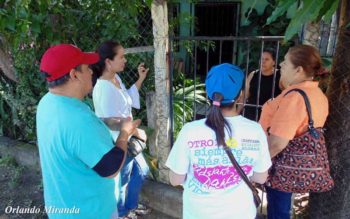 Nicaragua’s public health system offers free, universal health services based on community focused preventive care. The national network of hospitals, health centres and health posts is supported by a network of tens of thousands of volunteer health promoters called brigadistas. Over the last week, health personnel and brigadistas have visited over 1.2 million households in an education and monitoring campaign to address the pandemic.

Since the country is still in the first phase of the pandemic, the government has prioritized prevention and education. Its borders remain open, as do the country’s schools and public offices. Public events have not been canceled. Business, travel and trade activities continue without restrictions. Ever since January, when the World Health Organization declared a health emergency in relation to the COVID-19 virus, Nicaragua’s government team has coordinated closely with the Panamerican Health Organization, following the relevant protocols for the different phases of the pandemic. Nicaragua’s authorities have promoted an intense education campaign aimed at preventing the spread of the virus. The principal measures the government has stressed during the current first phase of the pandemic in Nicaragua have been the importance of thorough hand washing for at least 20 seconds with soap and water and taking care when sneezing or coughing so as not to infect other people.

Travellers arriving from countries where the virus is active are told to self-isolate for 14 days with follow up from health personnel to check how they are. Other measures frequently promoted every day via radio, television, social networks, posters and printed materials have been: cleaning constantly-used surfaces like desks, phones and computers, work surfaces and toys; keeping a physical distance of at least 1.5 metres when talking with other people; and, most importantly, reporting to the nearest health unit at signs of possible symptoms of the virus. Once the second phase of the pandemic begins, requiring measures of containment, then the government may well ban public events, close schools, enforce social distancing, limit travel and seek to maximize work from home.

Likewise, in any third phase involving potential uncontrolled spread of the virus among the population, more extreme measures may be taken such as the general quarantine already applied in countries like Venezuela or Argentina. The government has prepared the public health system and the National System of Disaster Prevention’s (SINAPRED) civil defence system along with the country’s armed forces for that eventuality. At a regional level, Nicaragua has coordinated closely with the mechanisms of the Central American Integration System (SICA) and the system’s member governments. SICA has produced a regional contingency plan aiming to protect people from the pandemic and treat those affected while maintaining regional economic life and security. 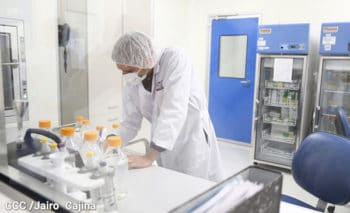 Nicaragua is one of the few countries in the region with a laboratory of molecular biology approved by the World Health Organization. Its director has said it is the only laboratory in the region that produces the reactive agents for the serological diagnosis of dengue and was the only molecular biology laboratory in Latin America able to diagnose influenza types accurately in 2019. Similarly, Nicaragua has the only public sector plant in Central America producing vaccines. The plant is a joint venture between the Nicaraguan government and the Russian Federation and is preparing to produce the Cuban Interferon Alfa-2-B antiviral medicine for use treating patients with the COVID-19 virus. On March 18th, the “Henry Reeve” Cuban medical brigade arrived in the country, composed of epidemiologists, virologists, intensive care specialists and other expert medical professionals to strengthen Nicaragua’s response to the pandemic. Nicaragua has also participated in regional video conferences facilitated by the Association of Caribbean States, in video conferences with experts from China and has also benefited from the experiences of experts from Taiwan.

For the moment, Nicaragua has been successful preventing the virus from spreading. The authorities have prepared 19 hospitals should the pandemic begin to spread in the general population. 37,206 health workers in both public and private health institutions have been trained in preventive measures, how to identify suspected cases, how to protect fellow health workers, how to provide medical care and how to transfer patients safely between local health units, health centres and hospitals. Similarly, the health ministry has trained 250,000 community health promoters in preventive measures, early identification of patients with symptoms and how to ensure referral of suspected cases to the different health posts, health centres and hospitals. 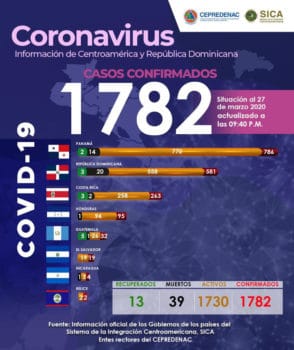 In Nicaragua, the popular economy of medium, small and micro businesses of all kinds, small farming households and cooperatives across many different industries generate 70% of all employment. The remainder is provided by the public sector along with the private business sector including free trade zone businesses. This economic structure means that a majority of the economically active population depend on daily or weekly income to be able to buy food and other basic items. So for Nicaragua, as for so many other countries impoverished by centuries of rich-country depredation, this makes shutting down the economy practically impossible.

For their part, Nicaragua’s right-wing opposition continue the same relentess disinformation campaigns that they used during their violent, failed coup attempt in 2018, spreading false rumours and scaremongering via their news outlets and social media. At times, this propaganda reaches extreme levels of malevolent hysteria, claiming the government is concealing hundreds of cases of the virus. In interviews, international media uncritically retail the views of inveterate frauds like Confidencial’s Carlos Fernando Chamorro acccusing Nicaragua’s President Ortega of not doing enough to address the pandemic. Opposition propagandists like Chamorro lurch insanely from demented accusations of savage dictatorship to phony complaints of laissez faire negligence.

In Nicaragua, as everywhere else in the world, the COVID-19 pandemic has exposed the unremitting global class war of elites against the impoverished majority. As in the violent, failed 2018 coup attempt, responses in Nicaragua to the crisis generally reflect that class reality. While the country’s right wing opposition elite and their middle class followers dilute their rum and cokes with tears of self-pity, Nicaragua’s salt-of-the-earth workers and rural farming families are once again pulling the economy through hard times. Nicaragua’s Sandinista government’s so far successful measures against the pandemic, as in Cuba and Venezuela despite vicious U.S. sanctions, confirm the superiority of revolutionary grass roots democracy over the all too apparent failures of Western neoliberal plutocracies.