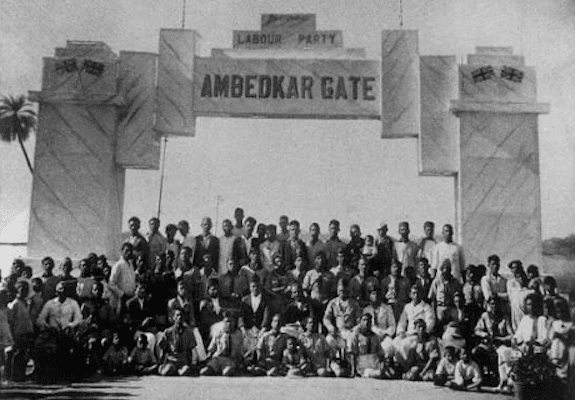 EVEN as millions of migrant workers are wearily trudging back to their villages with no money, no food and no shelter, or are locked up en route in shoddy quarantine camps, a war has been unleashed on the rights of workers under the cover of the lockdown. The BJP, true to form, is the political formation leading this class war through its state governments. The Uttar Pradesh government has through an ordinance suspended all labour laws (except just four) for a period of three years. The Madhya Pradesh government has made labour laws inapplicable to new units for a period of one thousand days. The Gujarat government has taken decisions along similar lines; and the Karnataka government is planning to follow suit. The Congress governments of Punjab and Rajasthan, though yet not going so far, have extended the working day from 8 to 12 hours.

The suspension of labour laws means above all that employers are free to fire workers at will and are also exempt from the obligation to raise minimum wages; but it also means that the employers are not bound to provide to workers “ventilation, lighting, toilets, sitting facilities, first-aid boxes, protective equipment, canteens, crèches and an interval of rest” (The Hindu, May 8). It means in other words, not just in small enterprises where the conditions of work are abysmal anyway but even in large enterprises, a return to conditions similar to what Marx and Engels had written about in nineteenth century Britain. It amounts to rolling back the rights earned by the working class after two centuries of struggle.

The argument advanced for this war on labour is that it would increase investment in the state and generate larger employment, especially in the context of the stand-off between the US and China, when foreign companies may be looking for other places to locate their plants. This argument however is totally flawed for several reasons.

First, congenial conditions of work are a matter of right for labour. They may not be nominally included among the fundamental rights listed in the constitution, but in reality they are no less binding or compelling than those which are listed. They cannot be changed at the drop of a hat simply for the sake of attracting foreign investment that may be wishing to by-pass China, anymore than the right to vote or the right to free speech can be restricted for making India a more attractive destination for foreign capital. The labour laws in other words are determined by a vision of what we want the work environment in the country to be, a vision transcending opportunistic considerations of attracting capital. They cannot just be altered at will. In fact the objective should be to make them cover the entire working class, rather than only a segment of it to which alas they are still restricted.

Secondly, the argument that labour laws stand in the way of larger investment is completely fallacious. There is not a shred of empirical evidence to support it; in fact some years ago when neoliberalism was on the ascendancy some “scholars” had begun “showing” empirically that India’s industrial growth had been restricted by its labour laws, but their “demonstrations” had been so convincingly refuted that no further “demonstrations”of this sort have been advanced since.

The theoretical argument, leaving aside foreign investment for the time being, is equally fallacious. Precisely the sector which is characterised by labour laws, namely the corporate sector, is also marked by the existence of oligopoly and monopoly, where market shares of firms change only over a long time, so that the expected growth of demand for any firm is the same as the expected growth of overall demand for the good in question. Investment by any firm is determined by the expected growth of the market; and any change in the profit-margin has no effect upon it. Hence even if there is a wage-cut, because labour’s bargaining strength has been undermined by the abrogation of labour laws, that would raise the profit-margin, but not the level of investment in any branch, and hence for the corporate sector as a whole.

The relative shift from wages to profits in the corporate sector which would be a fall-out of the abrogation of labour laws, will however reduce demand in the economy as a whole, since the amount consumed per unit of profits is lower than the amount consumed per unit of wages. There would therefore be a reduction in employment and output for the economy as a whole. This, it may be argued, would not affect the particular state that is abrogating labour laws, since the reduction in demand owing to the shift from wages to profits in any state will not be for the products of that state alone. But there is no reason to expect employment to rise in that state. It may not fall as much as would have been the case if there was no demand for products of other states; but there will be some fall in employment.

The question is: can this be offset by attracting foreign investment that produces for the global market and may be turning away from China? It is important to remember here that wage cost is only one of the elements that foreign capital considers in deciding where to locate a plant. The quality of the labour force, which depends on the work environment and the level of education of the workers, is also an important factor. A work-force without toilets, without canteens, working long hours for a pittance, in short, an angry, dissatisfied and unhappy work-force, is hardly likely to constitute a magnet for foreign capital turning away from China.

And all this is quite apart from the fact that not much investment is occurring in the world economy anyway: even before the coronavirus pandemic the world economy had been slowing down markedly. Even before the abrogation of labour laws, after all, Indian labour was much cheaper than Chinese labour; why didn’t foreign capital express a preference for India over China and other Asian destinations at that time? Again, why is it that despite the Modi government going overboard with its “Make in India” campaign, our manufacturing growth rate has been zero or negative for quite some time, even before the pandemic hit us?

A shift from wages to profits , while not increasing the level of investment, for reasons we have discussed, has the effect of lowering aggregate demand and hence output and employment; it also does not increase the overall level of profits which is closely tied to the level of investment. But within this overall level of profits, it would certainly redistribute profits from small capitalists and petty producers towards the corporate sector. This is because the demand for the former’s products would have shrunk and profit-margins not increased, as a result of the wage-reduction following the abrogation of labour laws. Such abrogation, in other words, is not just an attack on the workers; it is also simultaneously an unwitting attack on small capitalists and petty producers. It promotes the interests of the corporate sector at the expense, not just of the workers, but of the rest of society including even small capitalists and petty producers.

This however is typical of the BJP governments both at the centre and at the states. They combine a penchant for abridging democratic rights with a dangerously banal understanding of the economic universe, derived from that of the corporate honchos. This understanding is simple: the more the corporates are pampered the better it is for investment, output and employment, a view thoroughly discredited almost a century ago.

The BJP carries this understanding to its culmination by trampling on the rights of the workers, which constitutes an abridgement of democracy exactly analogous to the attacks on the religious minorities or dalits. The war on labour is a continuation of the attacks which the BJP has been launching on the religious minorities and dalits; its economic consequences will be disastrous.