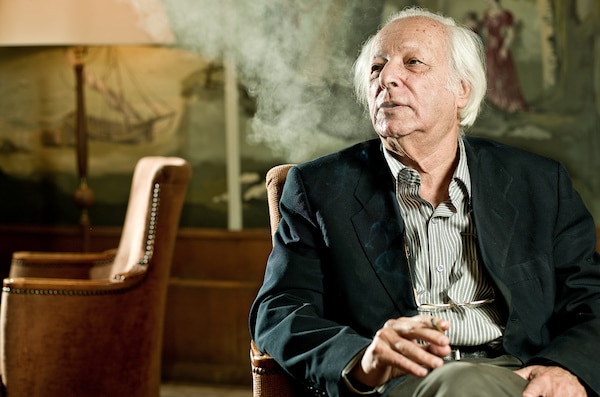 Life gave me this gift of meeting Samir Amin, for the first time, in the spring of 1998. During one of the regular stays he made with his wife Isabelle every year in Paris, I invited him to give a seminar at the University of Paris 1 Panthéon-Sorbonne where I had just obtained a position as a CNRS (National Center for Scientific Research) researcher. Welcoming him, I told him: “I have infinite admiration for you”. He replied, smiling, “That’s too much!”. And we burst out laughing. I added: “I share, quite acutely, your ideas.” He said, suddenly serious, looking at me with his piercing eyes: “So let’s see each other and move on together.” A few days later, we wrote a first article together. A few weeks later, I had to go to Cuba for my work at the CNRS. At a friend’s house one evening, Samir grabbed me by the arm to talk to me aside: “Tell the Cubans of my unconditional solidarity for the Revolution”. “I will”, I replied. He insisted: “my unconditional solidarity! “. I fulfilled this mission. Thus began a fraternal friendship and an intense collaboration that would last for 20 years.

The relation that linked me to Samir was extremely powerful, both politically, intellectually and emotionally. The moment of our meeting coincided with that of the creation of the World Forum of Alternatives (WFA) and, quickly, trust and fidelity being total between us, he (as president of the WFA) did me the honour to ask me to be its executive secretary at his side. The task of reopening a space for convergence and gathering of revolutionary or radically progressive intellectuals, beyond their diversity and differences, was enormous, exhausting, but fundamental and exhilarating—and I accepted with enthusiasm. For over 15 years, our contacts for this organization have been constant, particularly intense and effective, individually fraternal and, I believe, with many other comrades, collectively productive. Samir worked a lot, and I worked with him, tirelessly. We spoke for days of economic theory, of Marxism, of politics, of organization, of popular struggles. We told each other everything, frankly, without fear of disapproval. Sometimes I saw people around him wanting to flatter him, trying to please him. My exchanges with him were different: Samir deserved that I tell him the truth, or, in any case, what I thought to be true. It wasn’t always easy, but I think it was part of the strength and quality of our relationship.

Samir Amin is, incontestably, the greatest intellectual—luckily, a Marxist!—whom I have been lucky enough to meet in my life. He was of a universalist, encyclopaedic culture, of a prodigious and brilliant intelligence–a genius in reality–with an unparalleled capacity for understanding, interpretation, analysis and forecasting. He knew precisely almost every part of the world, its history, its context, its peoples, its popular struggles and their advances and limits. But he also knew how to listen when he was less sure of grasping all aspects of the issues surrounding the rare places in the world he knew a little less about. Added to this, he also fully understood the balance of power, which is the very substance of politics, and also knew how to deal with human nature, complex, surprising, requiring patience and tolerance. All this thanks also, in particular, to an unusual and spontaneous sense of humour, always available. Because Samir loved to laugh and knew how to tell funny stories, which is a very valuable quality for a communist revolutionary! Every moment spent with him, even the most studious or the most difficult, has been an inestimable enrichment for me. Each meeting with him was an unforgettable event, intellectually and humanly exceptional.

There are at least three fundamental contributions that he left us. First of all, even if Samir, as I grew older, sometimes told me not to waste too much time in theoretical reflection so as to favour political action (no doubt because he lacked time and felt that the time required it) I consider that the fight he led on the theoretical, interdisciplinary level, within the framework of fidelity to a Marxism placed at the service of struggles, to help us detect the hidden and articulated mechanisms not only of the exploitation of workers by the capitalists, but also of the domination of the peoples of the peripheral countries by the ruling classes of the core countries, is an immense contribution. Next, his ability to understand the world system as a whole with its multiple contradictions, and also in its local and multicultural particularities, as well as its political vision of the evolution of the world and its components, to think about revolutionary alternatives. Finally, the third contribution, in which I had the joy of participating, modestly, in the service of our common ideal—communism—and of popular struggles for a revolutionary transformation of society, was the attempt to organize collectively intellectuals and progressive institutions, of the South and the North together, because Samir understood that imperialism would retreat and the socialist transition would advance only on condition that the internationalism of workers and peoples progresses, in our minds as in our practices. It is this fight that we must continue today, joining all our forces against capitalist barbarism and for a truly human world, made up of integral justice, social progress, democratic participation, fraternity of individuals and peoples, protection of the environment and life. Together, victory will be possible.