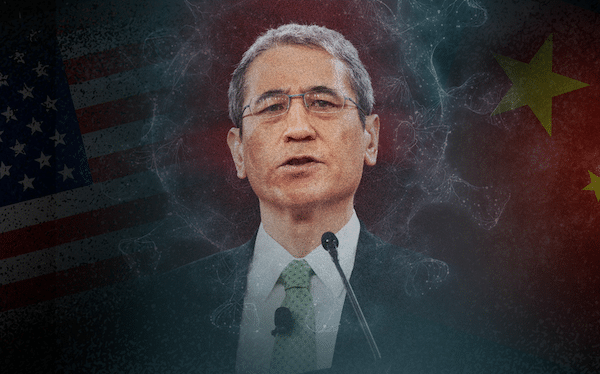 Twenty-twenty has been the year of the pandemic, not just the COVID-19 virus, but a pandemic of propaganda. Remember when U.S. media was sneering at China while it scrambled to contain the virus and declaring it as proof of the superiority of liberal democracy.

The Atlantic declared that so-called democracies are better at fighting outbreaks. The LA Times did it too. And so did The Hill.

All of this as U.S. officials were downplaying or outright lying to the public about the virus.

Then there’s Gordon Chang, the Chinese-American native informant whose job it is to tell Fox viewers whatever the Republican party wants them to hear, no matter how detached from reality it is. For example, when he told them that, “Right now you see panic on the part of Beijing.” That was on February 3,  when China was building two hospitals specifically for COVID patients.

For CNN, building two hospitals in a week was actually a sign of a bad system with a population of sheep. As they described it:

You saw the whole full force and power of the Chinese state marshaled in service of a crucial national emergency. But remember, this is China, where crushing the invading enemy may involve measures that would not fly in a democracy. They undertook these very draconian methods that Americans would not accept. The blunt fact is that the authoritarian system, the system of censorship, propaganda, control, and surveillance actually help them deal with the virus because people have this built in sense of surveillance in their lives, they tolerate it.

The U.S. has more surveillance cameras per person than China, but we just lie and say the government didn’t protect the population from COVID-19 because of democracy. Even top medical experts were too busy ramping up Yellow Peril hysteria to bother with pressuring the government.

As a guest on MSNBC put it,

I’m more worried about the actions countries are taking than actually the virus because we’re seeing very draconian, authoritarian measures being taken in China where people’s individual rights are being violated.

Not like here in the U.S. where the virus has spread like wildfire and police have attacked protesters with total impunity.

A counter-revolution or military coup in China, right… Meanwhile, a poll by Harvard University found that more than 95% of China’s population is satisfied with the government.

Despite that, Richard Engel warned MSNBC viewers of, “Door to door temperature checks.” and decried that,

Across China, those who refuse to comply with the new measures faced the full authoritarian response.

Maybe the most hilarious is a video from the fanatical right-wing settler and former member of the Israeli parliament, Yehudah Glick, who put it in more prophetic terms when he said:

Here is a warning to the rulers of China: Thus says the Lord God of Israel. Stop persecuting believers in the bible. Stop using forced labor. Stop harvesting organs for transplant from political prisoners… We pray that you will stop bringing God’s wrath on your country.

Ten months later, China has all but eradicated Coronavirus from its population of 1.4 billion, and life inside Chinese borders has returned to relative normal while Israel is dealing with the worst outbreak in the world per capita.

So Yehuda Glick, is that God’s punishment for Israel’s ethnic cleansing of Palestinians–for, how did you put it?

No, it’s not divine retribution. It’s the predictable result apartheid system built on a racist ideology that sacrifices human life to steal land.