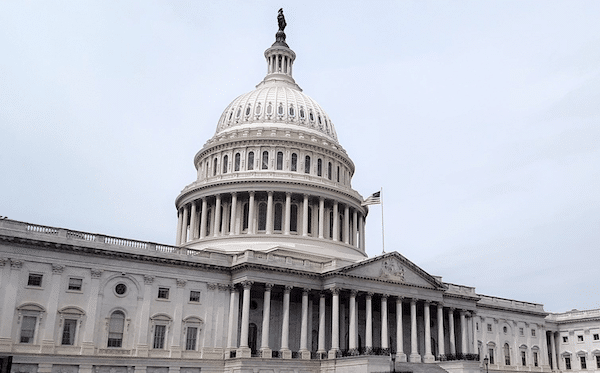 Democrat and Republican leaders in Congress announced a new $900 billion stimulus bill over the weekend for a second round of “relief” in the face of the worsening pandemic and related economic crisis. The bill comes after months of Congressional gridlock while millions of workers face worsening conditions with unemployment spikes, skyrocketing rates of hunger and an impending avalanche of evictions during new waves of COVID-19 spread. Both houses of Congress are expected to have passed the bill by the end of Tuesday.

Dr. Jack Rasmus, an economist at St. Mary’s College of California, called the bill making its way through Congress “a travesty. This proposal is an insult. It’s throwing crumbs at the unemployed, and throwing crumbs at renters facing eviction,” Rasmus told Liberation News.

While the bill promises a second round of checks, this consists of a one-time $600 payment to adults making less than $75,000 a year, half of the still-inadequate checks that went out earlier this year. Many countries around the world, even capitalist ones, have fully or partially guaranteed the income of all workers for the duration of the pandemic. But the most that “the richest country on Earth” can offer is less than 2 percent of the median income for an individual.

The bill includes a provision enhancing unemployment benefits by a meager $300 weekly, again half of what was offered by the CARES Act earlier this year. Similarly, the stimulus bill offers only a one-month extension of the federal eviction moratorium without rent cancellation—a measure completely out of step with the widespread housing crisis that has put tens of millions at risk of being thrown out into the streets.

The bill includes no aid for state and local government, setting the stage for public sector worker layoffs and massive cuts to social services. On the other hand, Congress allocated $15 billion for the airline industry, and ridiculously, a tax break for corporate meal expenses while leaving out much needed aid for food service workers. While of course massive intervention is needed to save the jobs of thousands of airline workers, this bill leaves the corporate bosses completely in control of the industry despite enjoying the benefits of enormous public support.

Democrats surrender without ever putting up a fight

Rasmus was blunt in his assessment that the deal on the stimulus package represented a complete victory for Republicans:

Taking a real stand for more generous relief measures would have been wildly popular. If the Democratic Party elite were willing to consider any tactic other than backroom negotiations for which they have very little leverage, the Republican-controlled Senate could have been compelled to give in on much more. But instead as Rasmus puts it:

The Republican Party pressured [Speaker of the House] Pelosi to cave in and that’s what she did.

The new stimulus bill is a clear marker of how vastly out of touch Congress and the corporate elite are with the dire reality for working-class people. Even when hundreds of thousands of Americans have died and continue to die in the middle of a raging pandemic, corporate interests come first for both Democrat and Republican politicians alike.