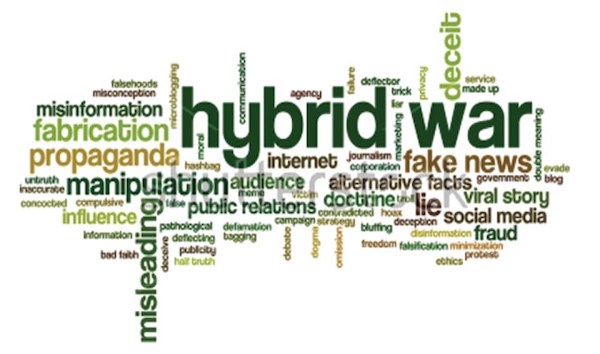 Why do Nicaragua, Cuba and Venezuela pose such an existential threat to the U.S.? The promise of socialism and their resistance to U.S. class warfare.

One of the extreme ironies of the latest attack by the settler-colonial regime of the United States against the national democratic project of Nicaragua is that in Nicaragua, the second poorest nation in the Americas, universal healthcare and education are guaranteed to the population as a human right, while in the U.S. those kinds of basic human rights are distant dreams.

The day after the so-called progressive block of legislators in the U.S. House of Representatives surrendered to President Joe Biden and the right-wing corporate wing of the party on the Build Back Better legislation that offered some minor and temporary relief for workers and the poor, many of those same “progressives” voted for the RENACER Act. The RENACER Act is a vicious piece of legislation meant to undermine the ability of the Nicaragua government to protect the human rights of its people and to punish the people for having the temerity to support their government and their anti-colonial project.

Why do Nicaragua, Cuba and Venezuela pose such an existential threat to the U.S.? Why are they able to unite all the wings of the democrat party and the republican party against them? It boils down to two factors. First, the power of their example in attempting to build independent, self-determining projects that center the material needs and interests of the people over those of capital. Second, the class warfare politics of the U.S. state.

The reassertion of the racist Monroe Doctrine by the former U.S. National Security Advisor John Bolton was not repudiated by the Biden administration because it is also the guiding framework for its policies. The reference to the Monroe Doctrine was nothing more than connecting that doctrine to its contemporary policy expression reflected in the doctrine of “Full Spectrum” dominance that has been bipartisan U.S. foreign policy for twenty years. The thrust of this policy is that any nation that attempts to defy the U.S. and build an independent project that threatens U.S. hegemony in any region of the world will be destroyed.

The fact that Nicaragua, Cuba and Venezuela are not only attempting to build independent projects but build socialism makes their example even more of a threat.

But there is also a domestic ideological component to this as well. The very existence of these nations at this historical moment, a moment characterized by the deepening and irreversible contradictions and current crisis of the capitalist order poses a potentially serious ideological threat. If these relatively poor nations can build public housing and eliminate homelessness, offer free education and universal healthcare, guarantee that no one will be allowed to go hungry, can build democratic structures with the protected right of popular participation, the question as to why these kinds of human rights are unrealizable for the people of the U.S. is a destabilizing one that must be avoided at all costs.

For the U.S. it has never been about human rights but hegemony

Nicaragua, Cuba, and Venezuela are attempting to build a socialism that is committed to a framework of social justice that we refer to as People(s)-Centered Human Rights (PCHRs). PCHRs are informed by the theoretical social practice of the African American radical human rights tradition and have emerged as the flip side of the same coin from People(s)-centered development. Unlike the liberal, individualist, state-centric and legalistic conception of human rights, PCHRs are defined as:

Those non-oppressive rights that reflect the highest commitment to universal human dignity and social justice that individuals and collectives define and secure for themselves through social struggle.

This approach to human rights views human rights as an arena of struggle that when grounded and informed by the needs and aspirations of the oppressed, becomes part of a unified comprehensive strategy for de-colonization and radical social change.

U.S. President Joe Biden declared that Nicaragua president Daniel Ortega was “no different from the Somoza family that Ortega and the Sandinistas fought four decades ago.” He went on to say that “the United States, in close coordination with other members of the international community, will use all diplomatic and economic tools at our disposal to support the people of Nicaragua and hold accountable the Ortega-Murillo government and those that facilitate its abuses.”

Biden forgot to mention that the U.S. placed Somoza in power and supported him until he was overthrown by the Sandinistas in 1979.

The idea that the U.S. is concerned about democracy or human rights anywhere in the world is an insult to all thinking persons. I will not list once again the litany of crimes that support that assertion except for two. The Biden administration and their ideological lackeys in the media and even among some elements of what is referred to as a left question the 65 percent turn-out for the elections in Nicaragua. But when it was objectively verified that less than one quarter of the voting population turned out for the phony election of the Clinton imposed president of Haiti Martel Martelly, or equally phony election of Jovenel Moise with less than twenty-percent turnout, where were the questions from the New York Times, Washington Post and all the other propaganda outlets posing as news operations?

What was Joe Biden’s position in the administration when his boss President Obama gave the greenlight to overthrow the democratically elected government of Manuel Zelaya in Honduras? Did he oppose it?

Criminality is a core characteristic of all settler-colonial states because they are born out of systematic, terroristic, and genocidal violence against indigenous populations, and even more so when, as in the case of the U.S. they become global empires. Democracy and human rights are no more than ideological props to obscure the real interests and intentions of the rulers and to build domestic support for whatever criminal activity the state has embarked on.

Subversion in Haiti, sanctions and attacks on Nicaragua, Cuba and Venezuela and the ongoing wars launched from the over 800 U.S. military bases world-wide continues and will continue as long as the U.S. public is confused, disorganized, and diverted from understanding that the interests of the capitalist oligarchy are not their interests.

Slowly that shift in consciousness is happening in the U.S. The economic crisis of the last year and half, coming on the heels of the devastating crisis of 2008-9, has created a legitimation crisis and a new understanding of the real interests of the rulers that will not be reversed. The precarity of workers and the poor are forcing them to eliminate any and all illusions about their government and the economic system.

Debate around the Build Back Better legislation and the elimination of provisions that could have had a material impact on the lives of workers, in particular women of color workers, exposed the legislation as a cynical public relations stunt.

Compared to the attempts by states attempting to move toward socialism, the provisions in the bill even before it was stripped of most of its progressive provisions, still did not offer a real minimum floor for the protection of the fundamental human rights to social security, the right to an adequate income, housing, education, the right to participate in governance with the right to vote as a minimum, and healthcare, to name a few of the rights denied the population in the U.S., and even more so for its racialized and colonized captives.

That is why the idea of socialism and the possibility of an alternative to the barbarity of capitalism has been attacked. The U.S. intends to turn Nicaragua into Haiti, Cuba into Honduras, and Venezuela, which is key for liberation movements in the region, into Libya-the U.S. and European latte-left is helping.

But as brother Netfa Freeman stated, Black anti-colonial revolutionaries will stand with Nicaragua and all the struggling peoples of the planet against the number one threat to international peace and human rights–the United States of America. In that position, there is no compromise and no retreat!