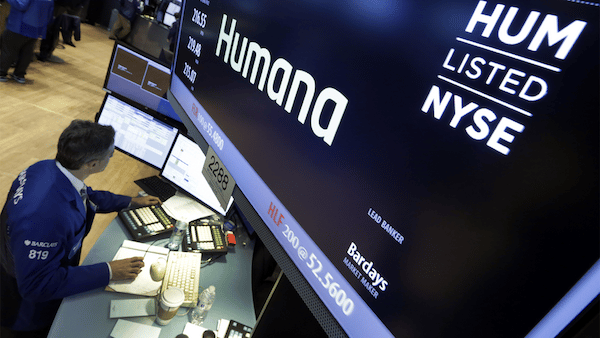 Back in 2010, Democrats sold the Affordable Care Act (ACA) to Americans as a way to both preserve a privately financed health insurance system and provide more affordable and expanded coverage.

A new analysis from former health insurance executive Wendell Potter shows that six of the seven largest health insurers–Centene, CVS, Elevance, UnitedHealth, Humana, and Molina–now receive the majority of their health plan revenues from the federal government, while the seventh, Cigna, gets 42 percent of its revenue from the government. These revenues are fueled in large part by the growth of Medicare Advantage plans, the expensive privatized Medicare plans operated by private health insurers that often wrongfully deny care.

These figures do not even include the subsidies that insurers receive to help people buy individual insurance plans offered on state exchanges under the ACA. Under President Joe Biden, Democrats have twice expanded this ACA subsidy program, now until 2025. If Democrats move to authorize these subsidies yet again, the total ACA health insurance subsidy scheme would cost the public more than $800 million over the decade. Meanwhile, these plans deny nearly 20 percent of all in-network health claims.

All that government money, however, is not buying more affordable prices. According to new data from the Bureau of Labor Statistics, health insurers raised their prices by 24 percent in a single year. Earlier this year, the Biden administration announced an 8.5 percent spike in revenues paid to Medicare Advantage insurers after implementing the highest-ever increase to Medicare premiums, a decision Biden has partially walked back for next year.

The government largesse is inflating insurance industry profits, but it isn’t buying universal–or even very good–coverage: A new study from the Commonwealth Fund finds that 43 percent of Americans “are inadequately insured”–meaning they’ve had coverage gaps, they are insured but still cannot afford medical services, or they have no insurance at all.

Biden campaigned on a promise to create a public health insurance option, whose “premiums could be substantially lower than those of private plans,” according to the Congressional Budget Office. However, Biden hasn’t once mentioned a public option since becoming president.

Democrats have instead moved to expand health insurance coverage by providing more subsidies to insurance companies to put people on ACA plans.

Meanwhile, the insurance sector has poured more than $18 million into Democratic coffers in the last two years.

According to the New York Times, by next year, a majority of seniors will be enrolled in private Medicare Advantage plans instead of the traditional Medicare program. The Trump administration actively encouraged seniors to choose the private plans with advertisements touting their extra benefits, like gym memberships and dental coverage–without mentioning the plans’ threat of wrongful denials of care.

Amid that trend, the Trump and Biden administrations have also operated programs that allow companies to move seniors from traditional Medicare into private health care plans without their informed consent.