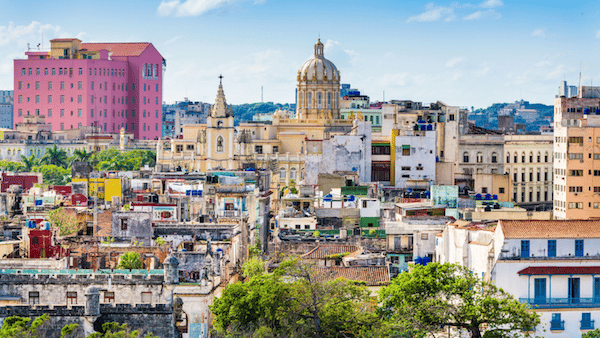 On November 27 morning, Cuban President Miguel Díaz-Canel, walked into a voting station in the Playa neighborhood to vote in Cuba’s municipal elections. He had landed in Havana an hour earlier from an intense tour of Algeria, Russia, Turkey, and China.

The tour, which started on November 16, was both a journey into the past of the nonaligned world that Cuba played an integral role in building and an essential step into the future toward the establishment of a multipolar world. Each stop also served as a reminder of the strong relationships based on cooperation and mutual respect that Cuba has been cultivating since 1959. Undoubtedly, the Cuban Revolution and its internationalism placed Cuba on the map and gave it an outsized role in world politics.

Yet this tour took place against a complex backdrop. The country’s recent economic and financial situation has been characterized by crisis since the intensification of the United States blockade under former President Donald Trump and President Joe Biden, with the imposition of 243 unilateral sanctions and the inclusion of Cuba on the state sponsors of terrorism list. Add to this the impact of COVID-19 over the past three years, several natural disasters, and a series of unfortunate accidents that have negatively impacted Cuba.

Díaz-Canel also traveled abroad to explore with Cuba’s strategic partners the state of multilateralism and development in a rapidly changing world in the wake of the war in Ukraine, NATO aggression, and the growing fragility of U.S. hegemony. Cuba’s achievements and potential, despite being besieged, served as the basis for discussions during the tour relating to areas of mutual interest such as renewable energy, biotechnology, health care, communications, and industry.

During the tour of these countries, several new agreements were signed that pointed to a desire to help Cuba. From offers of setting up renewable energy power plants to more regular oil shipments and plans to modernize Cuban industries, it’s clear that Algeria, Russia, Turkey, and China do not want Cuba to fall under the weight of Washington’s sanctions regime. “It is obvious that sanctions have an effect on the fact that our relations remain below their true potential,” Turkish President Recep Tayyip Erdoğan pointed out during a press conference with his Cuban counterpart in Ankara on November 23.

This 11-day tour ended in China, where perhaps the most challenging yet essential conversations were held. Under the weight of an intensified U.S. blockade and severe limitations to its foreign currency reserves, Cuba has been unable to service its debt with China. “There is enormous sensitivity in the Chinese leadership, particularly in President Xi Jinping,” commented Díaz-Canel afterward. “There is an express will in him, even with indications in official talks, that a solution must be found to all of Cuba’s problems, regardless of the problems with the debt.” Against the United States’ efforts to restrain Cuba, Díaz-Canel asserted how China is “betting on the development of the country based on the cooperation that they can give us.”