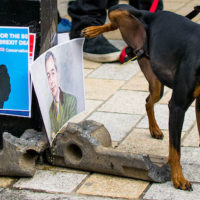 There are some very obvious facts in British politics which nobody seems to be saying. 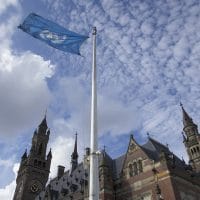 This analysis shows there could be no more startling illustration of the operation of the brutal and ruthless British Establishment in an undisguisedly Imperialist cause.

Political memories are short, but just 15 years after Iraq was destroyed and the chain reaction sent most of the Arab world back to the dark ages, it is now “treason” to question the word of the Western intelligence agencies, which deliberately and knowingly produced a fabric of lies on Iraqi WMD to justify that […]

Craig Murray at a rally in London, 31 May 2010 A word on the legal position, which is very plain.  To attack a foreign flagged vessel in international waters is illegal.  It is not piracy, as the Israeli vessels carried a military commission.  It is rather an act of illegal warfare. Because the incident took […]

Craig Murray, former British Ambassador to Uzbekistan, is also a former head of the Foreign Office’s maritime section, who was personally involved in negotiations on the UN Convention on the Law of the Sea.  His 27 and 28 March 2007 blog entries disputing the British claim that its sailors, seized by Iran, were in Iraqi […]