Phil Wilayto is a longtime activist in the labor, antiracist and antiwar movements. He is a co-founder of the Virginia Defenders for Freedom, Justice & Equality; editor of The Virginia Defender newspaper; coordinator of the anti-fascist Odessa Solidarity Campaign and co-founder of he Virginia Prison Jusice Network. He is the author of several books, including In Defense of Iran: Notes from a U.S. peace delegation's journey through the Islamic Republic, and The Feeding Trough, the first major investigation into the ultra-conservative Lynde and Harry Bradley Foundation. He can be reached at DefendersJFE@hotmail.com and @PhilWilayto1 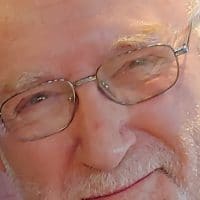 What happened Jan. 6 at the U.S. Capitol was a violent takeover of Congress by a fascist mob, not a “protest by Trump supporters.” And, although five people died and there were more than 50 arrests, it’s obvious to the wide public that these overwhelmingly white lawbreakers were handled much differently than they would have […]

Dear friends, As you probably know, the Obama administration has just publicly charged that Iranian government agents have been plotting to assassinate the Saudi ambassador to the United States.  Washington is now using this outrageous claim to try and rally support for new sanctions against the Islamic Republic, isolate it in the international arena, and […]

The media spin on the latest batch of WikiLeaks revelations gives the impression that, next to Israel, it’s the Arab states that are most energetically pressuring the U.S. to attack Iran.  In terms of the real threat to Iran, that’s definitely putting the cart before the horse. In the first place, the Arab governments mentioned […]

In mid-October, a nongovernmental organization in Iran called the House of Latin America, or HOLA, invited several anti-imperialist organizations from North America to Tehran with the goal of building the movement against war and sanctions against Iran.  Among those who attended were representatives of the International Action Center, ANSWER Coalition, Toronto Coalition Against the War, […]

Dear friends, As soon as we get five minutes to breathe, we’ll send out a report on the Second Grand Congress of Iranians Abroad, a conference for Iranian ex-pats held here in Tehran, Aug. 2-3.  As with many other countries that have experienced the international “brain drain,” the Iranian government is trying to redevelop ties […]

The name BP is now forever ingrained in people’s minds as the oil giant responsible for what has become the greatest environmental disaster in U.S. history.  But the mammoth oil spill resulting from the April 20 Deepwater Horizon oil rig explosion in the Gulf of Mexico wasn’t the first time British Petroleum has brought disaster […]

Despite a display of global arm-twisting, the Obama administration has fallen short in its latest effort to isolate Iran. It’s true the U.S. was able on June 8 to round up 12 of 15 votes in the United Nations Security Council to impose a fourth round of sanctions on the Islamic Republic.  Only Brazil and […]

Defying freezing temperatures and bone-chilling winds, more than 100 people rallied Jan. 9 in downtown Richmond, Va., then marched a mile and a half to the State Capitol.  Winding their way through the city’s financial district, the protesters — Black, Latino, white, immigrant, and native-born — marched behind a 12-foot multi-colored banner that proclaimed “Jobs! […]

When the Iranian Revolution exploded on the world scene three decades ago, John Limbert was a greenhorn diplomat assigned to the U.S. Embassy in Tehran.  After that station was taken over by revolutionary students, he spent 14 months as a political hostage in the building that came to be known as the “Nest of Spies.” […]

Representatives of Iran and six of the world’s most powerful countries are scheduled to meet this week in Geneva, one of a series of events that increasingly looks like a rerun of the build-up to the 2003 U.S. invasion of Iraq. As we prepare for a barrage of anti-Iranian media spin, it would be good […]

The “Iranian people” have not spoken. What’s happening in Iran today is a developing conflict between two forces that each represent millions of people.  There are good people on both sides and the issues are complicated.  So before U.S. progressives decide to weigh in, supporting one side and condemning the other, let’s take a little […]

Thanks to a determined public campaign led by the victim’s family, a partial victory has been won in the legal battle surrounding the murder of a popular high school student in Powhatan County, Va. On June 4, after months of mass marches and rallies that have mobilized as many as 700 people in this rural […]

The chant “No Justice, No Peace!” rang out once again in Virginia’s rural Powhatan County, as some 250 people marched May 17 on the county courthouse.  The protesters, almost all African-Americans and including a large number of uniformed motorcycle club members, were denouncing what they charged was a racist court decision in the shooting death […]

As all working people know, April 15 is Tax Day, when we have to pay our annual financial tribute to the Powers That Be.  Naturally, we resent this, because we know that the rich and powerful hire expensive tax attorneys to make sure they get out of paying taxes, leaving us to foot most of […]

RICHMOND, VA, March 30 — In a scene reminiscent of the 2007 grassroots mobilization around the case of the Jena 6, nearly 700 people marched Sunday from a Baptist church to the courthouse of rural Powhatan County, Va., about 30 miles west of Richmond. The majority-Black crowd, which included a sizable number of local white […]

RICHMOND, VA , Jan. 2 — More than 60 people turned out today in Virginia’s capital city to protest the ongoing Israeli attacks on the Palestinian people of the Gaza Strip.  The spirited protest, held during rush hour in front of Richmond City Hall, was initiated by longtime Richmond African-American activist Umar Kenyatta and sponsored […]

It was a bright, hot July day in Yazd, an ancient, oasis city in central Iran.  The five members of our 2007 People’s Peace Delegation were following our tour guide to see one of the city’s famous Wind Towers, which boast a hundreds-years-old form of natural air-conditioning. I had fallen a bit behind the rest […]