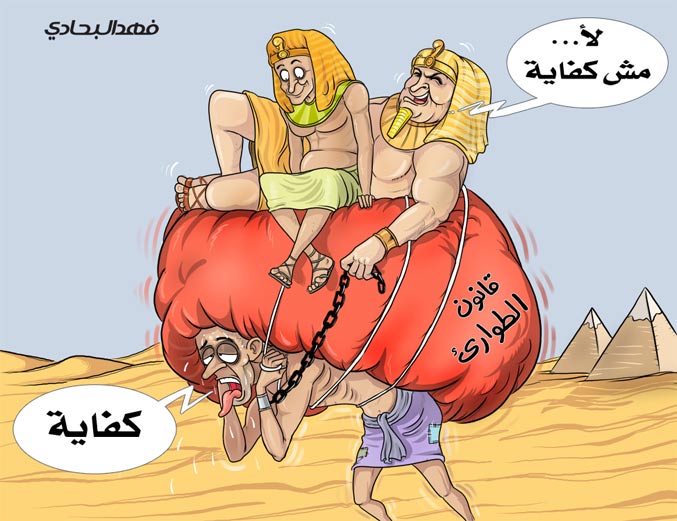 Fahd Bahady is a Syrian cartoonist.  This cartoon was published in his blog on 4 July 2010; it is reproduced here for non-profit educational purposes.  The text above is an interpretation of the cartoon by Yoshie Furuhashi.  Egypt has been under the emergency law since 1967 (except an 18-month period in 1980-1981).  The state of emergency in Egypt was extended in May this year.