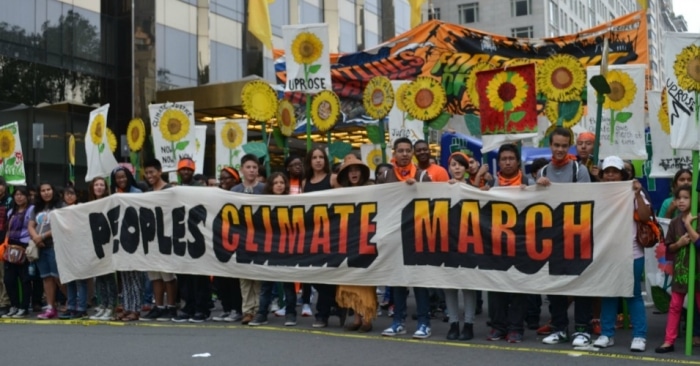 It’s long been clear that if we want to avoid catastrophic climate disruption on a scale that threatens human civilization, we need to leave vast amounts of fossil fuels in the ground. Environmental writer Bill McKibben pointed out the math in a crucial 2012 article for Rolling Stone: To avoid disaster, 80 percent of the carbon already discovered by private and state-owned energy companies has to be left alone—to be treated as useless rock, not precious resources.

The problem is, the energy companies are some of the richest, most powerful entities on Earth. Corporations are designed to act like organisms with a single goal, maximizing profits. And the fossil fuel industry’s future profits—roughly 80 percent of them—depend on extracting that carbon and burning it, climate and civilization be damned. They have been using and will continue to use their vast influence to thwart any effort to avert that disaster.

Does humanity have the collective power to tell the current owners of carbon deposits that they no longer own them—that they don’t have the right to take them out of the ground and sell them as fuel? That’s the $640 trillion question. Doing so is essential to our future as a species—but a massive transfer of wealth of that kind isn’t like a revolution, it is a revolution, and a revolution on a scale history hasn’t seen before. 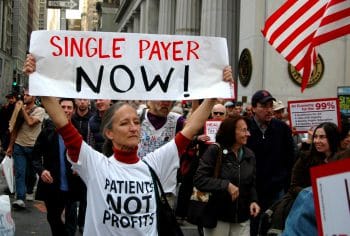 But climate isn’t the only crisis that requires a revolution. Healthcare provided by for-profit corporations inevitably tends towards more than we can afford to pay, as the demand for life-or-death products is infinite. Solving the problem of paying for medical care means telling medical corporations that they can no longer expect the hyper-profits that their market value is based on expecting.

And it’s increasingly evident that an entire sector of the healthcare industry—the purveyors of for-profit health insurance—needs to be eliminated in order to bring health costs under control. The insurance industry, though, has a special power in our economy: As its business model involves taking money from people and investing it, virtually every corporation on the stock exchange counts insurance companies among its owners. So taking on the insurance business, which is necessary to make healthcare affordable, means taking on all business. In other words, it means a revolution. 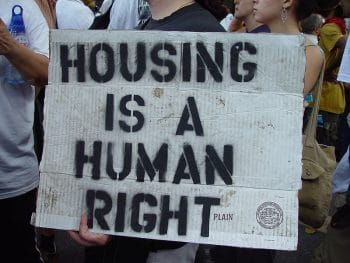 This conflict between the needs of the majority and the interests of the few runs throughout our economy. On a local level, many cities have serious shortages of housing that people can afford to live in, not because it costs so much to build and maintain housing, but because the real estate market sets prices that assume that landlords will maximize profits—and maximizing profits from a fixed supply of land leaves many tenants on the street. If cities want ordinary people to be able to afford to live in them, they will need to lower the value of their real estate—which would be a revolutionary reversal of priorities for most local governments.

These gaps between the status quo and our survival are why we need a new media system. Corporate media are really designed around preserving the status quo—unsurprisingly, because they are owned by the class of people who benefit from things staying the same. And they’re funded, through advertising, by the same corporations who are profiting from the disastrous course we’re on—with energy, healthcare and real estate among the most prominent industry sponsors. You will not learn from corporate media how much danger their advertisers are putting us in, or what we can do to stop them.

Revolutions need organizing, and organizing needs information. We need a revolution, and the place to begin is with the media.