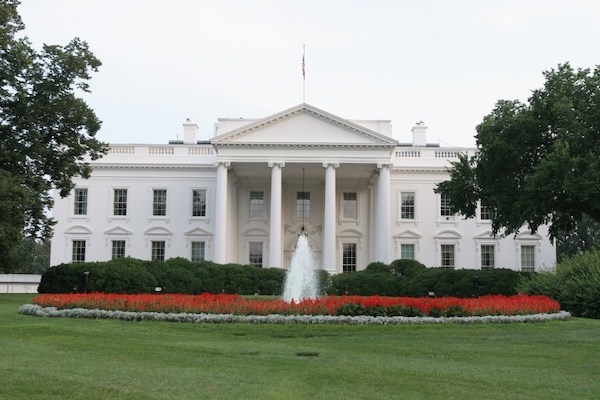 I am surprised that no one else is saying it, writing it, shouting it at each and every corner: It is not Venezuela, Cuba, Nicaragua, and Iran that are in dire and crucial need of ‘regime change’. It is the United States of America, it is the entire European Union; in fact, the entire West.

And the situation is urgent.

The West has gone mad; it has gone so to speak, bananas; mental. And people there are too scared to even say it, to write about it.

One country after another is falling, being destroyed, antagonized, humiliated, impoverished. Entire continents are treated as if they were inhabited by irresponsible toddlers, who are being chased and disciplined by sadistic adults, with rulers and belts in their hands yelling with maniacal expressions on their faces: “Behave, do as we say, or else!”

It all would be truly comical, if it weren’t so depressing. But… nobody is laughing. People are shaking, sweating, crying, begging, puking, but they are not chuckling.

I see it everywhere where I work: in Asia, Latin America, Africa and the Middle East.

It is because North American and European countries are actually seriously delivering their ultimatum: you either obey us, and prostrate yourself in front of us, or we will break you, violate you, and if everything else fails, we will kill your leaders and all of those who are standing in our way.

This is not really funny, is it? Especially considering that it is being done to almost all the countries in what is called Latin America, to many African and Middle Eastern nations, and to various states on the Asian continent.

And it is all done ‘professionally’, with great sadistic craftsmanship and rituals. No one has yet withstood ‘regime change’ tactics, not even the once mighty Soviet Union, nor tremendous China, or proud and determined Afghanistan.

Cuba, Venezuela, DPRK and Syria may be the only countries that are still standing. They resisted and mobilized all their resources in order to survive; and they have survived, but at a tremendous price.

The victims keep crying. A few independent countries keep expressing their outrage. But so far, there is no grand coalition, which would be ready to fight and defend each other: “one for all, all for one”.

Until the recent ‘rebellion’ at the UN, no one has been openly and seriously suggesting that international law should apply to all nations of the world, equally.

People talk about ‘peace’. Many are begging the brigands to ‘to stop’, to ‘have mercy’, to show some compassion. But, neither Europe nor North America has ever shown any compassion, for long, terrible centuries. Look at the map of the beginning of the 20th century, for instance: the entire world was colonized, plundered and subjugated.

Now it is all moving in the same direction. If the West is not stopped, our planet may not survive at all. And let us be realistic: begging, logical arguments and goodwill will not stop Washington, Paris or London from plundering and enslaving.

Anyone who has at least some basic knowledge of world history knows that.

So why is the world still not forging some true resistance?

Is Venezuela going to be the last straw? And if not Venezuela, that is if Venezuela is allowed to fall, is it going to be Nicaragua, Cuba or Iran next? Is anything going to propel people into action?

Are we all just going to look passively how, the socialist Venezuela, a country which has already given so much to the world, Venezuela which managed to create beautiful visions and concepts for our humanity, is going to be burned to ashes, and then robbed of all of its dreams, its resources and of its freedom?

Are we all such cowards? Is this what we–human beings–have actually become; been reduced to? Cowards and cattle, selfish and submissive beings; slaves?

All this, simply because people are too scared to confront the empire? Because they prefer to hide and to pretend that what is so obvious, is actually not taking place?

Therefore, let me pronounce it, so at least my readers do not have that ‘luxury’ of claiming that they were not told:

This world is being brutalized and controlled by the fascist clique of Western nations. There is no ‘democracy’ left in this world, as there is near zero respect for international law in North American and European capitals. Colonialism has returned in full force. Western imperialism is now almost fully controlling the world.

And begging, trust me–begging and talking of peace is not going to help.

During WWII, fascism had to be stopped. If not, it was going to devour the entire planet. In the past, tens of millions have already died fighting for freedom and for our mankind. Yes, some nations tried to compromise and negotiate with Nazi Germany, but we all know where it all ended.

Now, the situation is the same. Or worse, perhaps much worse, because the West has nukes and a tremendous propaganda apparatus: it controls human brains all over the world with ‘mass media’, and ‘education’.

And because the citizens of the West are now much more brainwashed than the Germans and Italians were in the late 1930’s and early 1940’s; more brainwashed, more scared, submissive and more ‘disciplined’.

Look, seriously: are the people who are now writing those “peace essays”, in which they argue with the Western regime about who is right and who is wrong, seriously thinking that they are going to move people like Donald Trump, or Pompeo, or Abrams, or Rubio?

Do they believe that Washington is going to stop murdering millions of people all over the world? Or that the neo-colonialist plunder would stop, after the U.S. Congress and Senate suddenly understands that it has been at the wrong side of history?

This is not some rhetorical question. I am serious: I demand answers!

Does ‘peace movement’ thinks that by amassing arguments it could stop Western expansionism? Yes or no?

Do they believe that Pompeo or Trump will suddenly hit their foreheads and exclaim: “You people are correct! We did not see this!” And call their troops, their thugs and mercenaries back?

If not, if this is not what peace movements believe would be done by North American and European leaders, then why all those thousands of wasted pages?

Would you go near a crocodile that is ready to devour an innocent child, and try to reason with it? Would you, seriously? Do you think it would stop, drop a few tears, wag its tail and leave?

Sometimes I tend to believe that ‘peace movements’ in the West are making things worse. They create false hopes, and they behave as if the empire is some entity that has a soul, and understands logic. They grossly underestimate the threat; the danger.

And they tend to analyze the Western threat from a Western perspective, using Western logic.

It somehow gets lost in interpretation that fascism, terror, and bestiality have to be confronted and fought.

One cannot negotiate with a group of countries which are already bathed in the blood of some 80% of the planet. If it was to happen, it would just be a mockery and it would simply humiliate everyone that is sincerely trying to stop the assassins.

Right now, Venezuela needs solidarity. It requires direct help, actions; not words. And so do many other countries.

Instead, it gets an endless avalanche of best wishes, as well as premature obituaries.

The Bolivarian Revolution has gotten plenty of colorful words. But what it urgently needs is volunteers, money, and internationalist brigades!

I know that billions of people all over the world are now cheering from their armchairs; in fact, doing absolutely nothing, while also spending zero. Their love for Venezuela is ‘platonic’.

I have just left Syria, where I was covering the Idlib war zone. There was not one single foreigner near me, during those days. Eva Bartlett and Vanessa Beeley usually work all over the toughest areas in Syria, but how many others do? And most of the time we work with near zero backing, just because we feel that it is our moral obligation to inform humanity.

I am wondering, how many foreigners are fighting for Venezuela, right now?

Who is going to face the Western spooks implanted into the Caracas and the Venezuelan borders with Colombia and Brazil? A few RT and TeleSur reporters, those true heroes, yes, but who else?

Only direct action can save Venezuela, and the world.

This is no time for debates.

The proverbial crocodile is here; its enormous ugly mouth open, ready to devour yet one more brilliant, proud country.

It is time to stick a big metal rod into its mouth. Now, immediately; before it gets too late.

Let us shout LONG LIVE VENEZUELA! But with our hands, muscles and purses, not just with our mouths.

And let us not be scared to declare: if anywhere, it is Washington where regime change is truly and urgently needed!

Andre Vltchek is a philosopher, novelist, filmmaker and investigative journalist. He has covered wars and conflicts in dozens of countries. Three of his latest books are his tribute to The Great October Socialist Revolution a revolutionary novel Aurora and a bestselling work of political non-fiction, Exposing Lies Of The Empire. View his other books here. Watch "Rwanda Gambit," his groundbreaking documentary about Rwanda and DRCongo and his film/dialogue with Noam Chomsky “On Western Terrorism”. Vltchek presently resides in East Asia and the Middle East, and continues to work around the world. He can be reached via his website or twitter.