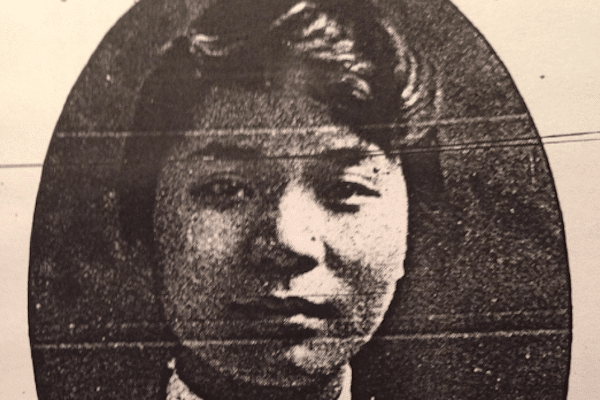 Throughout the U.S. organisers are gearing up to celebrate the centennial of the 19th amendment, ratified in 1920. Touted as the law that finally gave women the right to vote, it is often forgotten, or maybe even ignored, that this law had very little effect on the wishes and requirements of those who did not fit into the categories of middle-class and upper-class white women.

In a 2018 New York Times op-ed piece, editorial writer Brent Staple warned that the importance of the passage of the 19th amendment should not be overstated. As Staples pointed out, memorials and celebrations frequently express inaccurate messages and continue to maintain historical wrongs in terms of racism. Organisers need to keep that in mind as they commemorate a skewed legality in which both racism and xenophobia reared their very ugly heads. Organisers and celebrants also need to remember that some of the women who fought for the right to vote gained very little, if anything, from this amendment.

One of those women was Mabel Ping-Hua Lee. She merits credit and deserves to be celebrated.

Mabel Lee’s life is the story of breaking down countless barriers at a time when women had few opportunities. Mabel Lee was a steadfast advocate for women’s rights and for the greater Asian American community.

Lee, born in 1896 in Guangzhou, China, emigrated to the United States, where she became the first Chinese woman to obtain a PhD from Columbia University in economics; a community organiser who established classes for Chinatown’s residents in carpentry, radio and typewriting; a staunch advocate for Chinese-American rights and culture; and a progressive, significant member of the suffragette movement.

Maintaining that suffrage for women was essential to a successful democracy and urging the Chinese community to promote girls’ education and women’s civic participation, she campaigned non-stop for women’s rights. In 1912, just 16 years old, she took part in a parade with 10,000 other suffragists advocating for the right to vote. Lee, riding a horse, helped lead the parade. And as early as 1913, a very young Lee insisted that true feminism “is nothing more than the extension of democracy or social justice and equality of opportunities to women.”

Thanks to her time, energy, words and actions and the many members of the Chinese-American community she helped mobilise, some women in New York State were given the right to vote in 1917 and in 1920 the 19th Amendment gave some women throughout the country the right to vote.

The Chinese Exclusion Act, the very first significant law restricting immigration to the United States, was signed into law in 1882 to limit Chinese immigration and prevent all Chinese immigrants—men and women—from becoming citizens. Denied U.S. citizenship, Mabel Lee and all her compatriots could not vote, even though they had campaigned with, marched along side and stood shoulder to shoulder with their fellow American suffragists.

As 2020, the centennial of the 19th Amendment, approaches and various educational programmes, monuments and festivities are being planned, it should be remembered that this centennial is a day of celebration for only some women—not everyone. It was not until 1943—not 1920—that Chinese-Americans—men and women—were legally given the right to citizenship and the right to vote.

In the summer of 2018, I was sitting in the middle of Doyers Street, a 200-foot-long dog leg, running from Pell Street to the Bowery in New York’s Chinatown.

One hundred years ago Doyers Street was known as an alleyway of violent gang warfare and blood-splattered sidewalks with quick get-away underground tunnels. But in the summer of 2018, for three months, Doyers Street was turned into a temporary, daytime, vehicle-free asphalt, colourful mural celebrating its past and present history of the Chinese immigrant experience. Multi-coloured, vibrant images of dragons and flowers and Jackson Pollock-like splatters of paint (created by the artist Chen Dongfan and sponsored by the New York City Department of Transportation’s Doyers Street Seasonal Street Public Art programme and the Chinatown Partnership’s Pedestrian Plaza Project) temporarily added new life and vibrancy to this neighbourhood street. 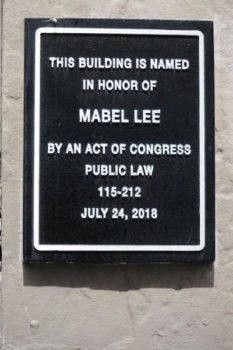 Keith, a graphic designer from Brooklyn, set up his camera to take photographs. A mother, born and bred in Manhattan, and her two sons, visiting from Côte d’Ivoire heard about the celebration on the news and came down to pose for their own pictures. Two students from Korea had a recent list of all the must-see places to visit while in New York and this was one of the places on the list. A family of four from France stopped to take, first serious and then silly, snaps. Doyers Street had become a must-see selfie spot.

And I watched, I questioned and I listened to residents, tourists, and shoppers as they took their selfies, walked over the murals, ate hand-pulled noodles and sipped tea, sold souvenirs or queued up at the post office. It soon became very clear that they had no idea that this celebratory artwork happened to coincide with another celebration of the Chinese immigrant experience: the passage of a bill through congress authorising the renaming of the local, very nondescript, grey-fronted, post office building at number six Doyers Street.

The change of name, proposed by Congresswoman Velazquez, cleared both chambers of Congress with bipartisan support and was signed into law on 25th July, 2018. The Mabel Lee Memorial Post Office is now a much-belated and much-appreciated honour by the  local community in recognition of the legendary Mabel Ping-Hua Lee.

Dawn Starin is an anthropologist. Her writings have appeared in both peer-reviewed journals and in popular publications as varied as Al Jazeera, The Christian Science Monitor,  Natural History, The New Internationalist, The New York Times,  Philosophy Now, The Progressive, and Scientific American amongst others.